How do animals survive Minnesota winters? Two Department of Natural Resource Parks and Trails naturalists, Kao Thao, (Fort Snelling State Park), and Jenni Webster, (Interstate State Park), weighed in on techniques that animals take to survive severe weather. To sum up: animals may migrate away, build up a food supply, hunt during the day as well as at night, or sleep through the winter. For smaller critters, the snow actually enhances their quality of life.

“Animals use unique adaptions in unexpected places,” Jenni said. “As we walk through the woods, there’s a whole strange world under our feet.” That strange world emerges when thick snow creates a pocket space between the ground and snow cover that is just big enough for a vole or shrew. Snow cover protects the small rodents from predators, wind and cold; the temperature close to the ground is consistently just above freezing. Shrews tunnel through the snow to reach the surface, which is why you may notice a small exit hole in the snow surface that also provides ventilation.

Animals also adapt with the growth of a thicker coat, Jenni said. White tail deer, for example, grow a winter coat of special hair that is hollow, which helps insulate their bodies. The same principal applies to humans who wear down coats that appear puffy. The puffiness is due to warm air that’s trapped inside the coat, providing heat. Chickadees grow extra feathers that fluff up, so air is trapped close to their bodies. The small birds may hide in a small tree cavity and then will shiver all night long to generate warmth.

Kao Thao, Fort Snelling State Park naturalist, said, “Animals adapt in three ways. Fight, flight, or “night-night.” Animals that fight the cold don’t migrate and instead, stay active all winter, Kao said, like deer and fox. Animals will also gather and store food for the winter months, like beaver. In the fall months, beaver collect the tender branches from a tree and pile them in front of the lodge located in a river, pond or lake. “Beaver will swim through the lodge entry, grab a branch and go into the lodge to eat,” Kao said. Fox and bobcats survive winter by hunting more because prey is limited. “You’ll see them running around in the daytime although they’re typically active at night,” Kao said.

Finally, the “night-night” winter survival participants, who sleep for all or most of the winter. Chipmunks sleep with reduced heartbeat rates and a low body temperature. Poke one in the middle of winter, and it will appear to be dead, Kao said. Bears can be aroused quite easily and will wake and go outside for a while, Kao said. Squirrels remain active all winter, but if the temperature drops dramatically, they will sleep for a day or two. Some species of frogs appear to freeze solid, but their cells contain a kind of antifreeze that protects the cell during the cold months. In the spring, the frog’s body thaws and a chemical shocks their heart so it starts to beat. The frog will wake in a few hours.

Perhaps the easiest evidence for animal activity and adaption to the winter is snow cover. Take a walk through a state park, or just look out at your yard in daylight. Tracks lead off in every direction. It’s almost like some animal party took place. Like humans, animals adapt to cold weather, and even thrive. 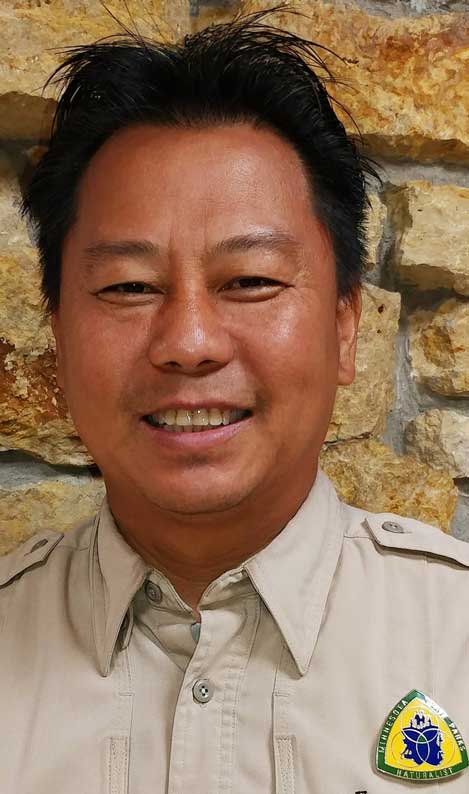 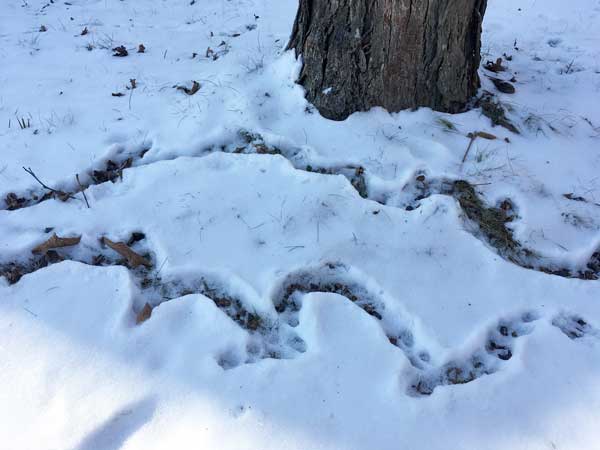