What Are The Responsibilities Of Our Elected Officials?

As the November elections approach, we wondered if our readers know exactly what each of our state’s elected officials are responsible for in the roles that they are campaigning for. Some have been in the positions before (incumbents) while newly elected officials will be taking on their responsibilities for the first time.

Take a look at each of the state and federal job responsibilities, and understand what is expected of each candidate before you choose who you believe can fill the role the best for Minnesota and our nation.

Since a 1958 amendment to the Minnesota Constitution, governors are elected to four-year terms, with no limits on the number of terms they may serve.

The Attorney General is the state’s chief legal officer and is an executive position elected by the voters for a four-year term.

The Office of the Minnesota Attorney General represents and provides legal advice to over 100 agencies, boards, and commissions of the government of Minnesota. The Office represents Minnesota in state and federal court, as well as in administrative adjudication and rulemaking hearings. The Office handles felony criminal appeals, advises local prosecutors in the conduct of criminal trials and handles cases at the request of local prosecutors. In addition, the Office issues formal opinions interpreting statutes for the agencies and political subdivisions of the state.

The Secretary of State is the keeper of the Great Seal of the State of Minnesota and files and certifies the authenticity of a wide variety of official documents. The Secretary of State registers a variety of business associations, including corporations, assumed business names, banks, insurance companies, limited liability companies, limited liability partnerships, and limited partnerships. A statewide computerized network with county recorders is maintained so that the public may search Uniform Commercial Code records throughout the state from any filing office.

The Secretary of State serves as a member on the Minnesota Executive Council, Minnesota Board of Investment, and the Minnesota Historical Society executive board.

The Minnesota House of Representatives is the lower house of the Legislature of the U.S. State of Minnesota. There are 134 members, exactly twice as many as the Minnesota State Senate.

Alongside the Minnesota State Senate, it forms the legislative branch of the Minnesota state government and works alongside the governor of Minnesota to create laws and establish a state budget. Legislative authority and responsibilities of the Minnesota House of Representatives include passing bills on public policy matters, setting levels for state spending, raising and lowering taxes, and voting to uphold or override gubernatorial vetoes.

All 134 seats in the Minnesota House of Representatives are up for election in 2018.

The United State Congress legislature consists of two chambers: the House of Representatives and the Senate. The Senate is composed of senators, each of whom represents a single state in its entirety, with each state being equally represented by two senators, regardless of its population, serving terms of six years.

As the upper house, the Senate has several powers of advice and consent which are unique to it; these include the ratification of treaties and the confirmation of Cabinet secretaries, Supreme Court justices, federal judges, other federal executive officials, flag officers, regulatory officials, ambassadors, and other federal uniformed officers.

The Senate is widely considered both a more deliberative and more prestigious body than the House of Representatives due to its longer terms, smaller size, and statewide constituencies, which historically led to a more collegial and less partisan atmosphere.

Senators serve terms of six years each; the terms are staggered so that approximately one-third of the seats are up for election every two years. This was achieved by dividing the senators of the 1st Congress into thirds (called classes), where the terms of one-third expired after two years, the terms of another third expired after four, and the terms of the last third expired after six years. This arrangement was also followed after the admission of new states into the union. The staggering of terms has been arranged such that both seats from a given state are not contested in the same general election, except when a mid-term vacancy is being filled. Current senators whose six-year terms are set to expire on January 3, 2019, belong to Class I. There is no constitutional limit to the number of terms a senator may serve.

The United States House of Representatives is the lower chamber of the U.S. congress, the Senate being the upper chamber.

The members of the House of Representatives serve two-year terms representing the people of a single constituency, known as a “district.” Congressional districts are apportioned to states by population using the United States Census results, provided that each state has at least one congressional representative.

Article One of the United States Constitution states, “All legislative powers herein granted shall be vested in a Congress of the United States, which shall consist of a Senate and House of Representatives.” The House and Senate are equal partners in the legislative process – legislation cannot be enacted without the consent of both chambers. However, the Constitution grants each chamber some unique powers. The Senate ratifies treaties and approves presidential appointments while the House initiates revenue-raising bills. The House initiates impeachment cases, while the Senate decides impeachment cases.

We hope this helps you make a more educated choice when you got to the voting poles this coming mid-term election.

Some facts provided by Wikipedia. 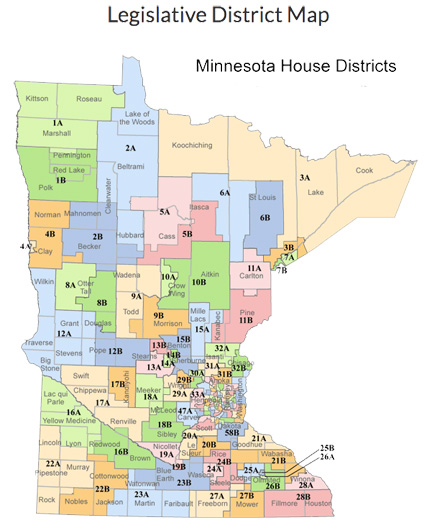 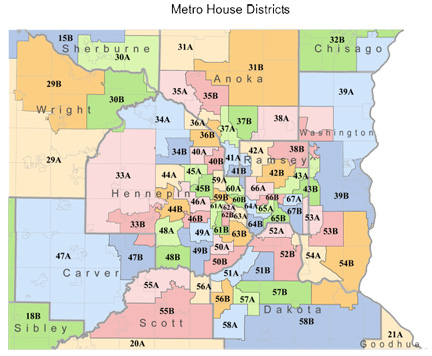