On November 18 and 19, Yengtha Her’s new film Vampire Reborn premiered at AMC Rosedale Theater. This film is the sequel to the 2015 film “The Legendary Vampire,” which takes place 1,000 years ago in China.

The film is also the second time well known Thai film star Simon Kuke has joined forces with Her. Kuke has been featured in many famous films of Thailand and China including “IP Man 3,” “Ong Bak” and “The Protector” as well as Her’s previous film “The Last Assignment.”

Her was very excited that Kuke was able to be at the film premiere on the 18th. “We went through all the paperwork so he would come, this is a big deal.”

Her has been producing a film a year since 2001 though he did not always release the films each year. Since 2010, Her has released a film annually. Hmong Vampire for “Vampire Reborn,” where it is wood or bamboo that kills vampires must have a “cultural power behind it,” inspired him Her said.

Much of the film was shot in Thailand and features an international cast. About 50% of the film is in English and 50% in Hmong with subtitles in both languages.

Yengtha Her won the Film Academy Award three times as best Hmong actor (action star). Her also writes much of the script. For this film Her plays the vampire who is now living in modern times. He is reunited with the love of his life. “We meet again in this generation and she doesn’t recognize me so I transform back into a ronin so she can remember me, there is a lot of action and emotion going on,” He said of his favorite part in the movie.

When asked why he wanted to do action films he said, “A lot of films are low budget and mostly drama, this is a high budget action film and I include different action stars. American, African American, even actors that have worked in Hollywood with actors like Jackie Chan. My vision is that I want to work mostly with the Hmong community, but I focus mostly to the international and western audience so that we can focus on the Hmong community.”

As with his previous films this premiere was an exciting opportunity to meet the actors, especially Simon Kuke who traveled a great distance to come here. 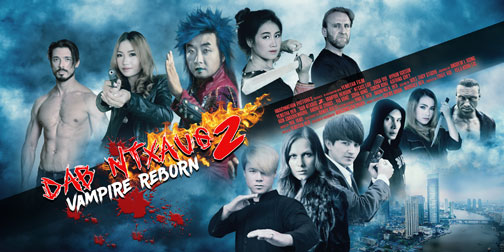 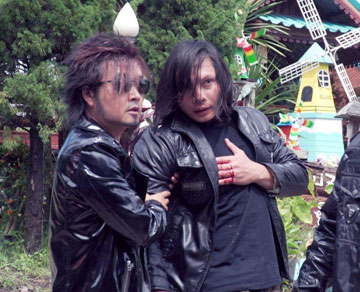