Try Bird Feeding: A Fun Family Activity That Will Make You Feel Better

Percy, my black cat, perches on a chair at the kitchen table, staring rapturously out the window. When I first set up the birdfeeders in my backyard, it was as though I’d added a premium TV channel just for cats. Sometimes he’ll sit for an hour or more, transfixed by the flashes of blue, red, brown and grey as chickadees, cardinals, sparrows, jays and juncos swoop in for a snack, then flit away.

As happy as it seems to make my cat, I derive just as much satisfaction from watching our feathered visitors. It seems to brighten the mood of even the dreariest winter day. Peeking out the window to see what’s at the feeders while fetching a fresh cup of coffee breaks up the relative monotony of working from home during a pandemic. It’s interesting to note the activity at different times of the day and how the birds interact with each other.

Apparently I’m not alone. According to the U.S. Fish and Wildlife Service, more than 50 million Americans across the country participate in bird feeding, surpassing the total of hunters and anglers combined. And the numbers are growing, fueling a wild birds products industry that’s projected to exceed $2 billion in business this year.

People often start feeding birds because it’s an easy way to get an up-close look at what’s wild, getting nature to come to them, rather than going out to look for it. Many stick to it year after year because, plain and simple, birds make us feel better. Some studies indicate that bird feeding and bird watching help lower levels of stress, anxiety, and depression.

“It’s a chance to step out of yourself and the frantic hecticness of everyday life,” says Cynthia Osmundson, who leads the Minnesota Department of Natural Resources’ Nongame Wildlife Program. “When you’re sitting there with your morning coffee, it’s like stepping into a little oasis, into a world of curiosity and wonder.”

For Osmundson, and many others, it’s also a great way to create and preserve family memories, a tradition that connects generations with each other and with nature.

“My parents and grandparents always fed birds, and it was how I first learned to identify birds as a youngster,” she recalls. “I grew up with it being a family activity, and I continued that with my own family.”

Bob Fashingbauer, a DNR area wildlife manager stationed in Dakota County, remembers sitting on his bunkbed as a boy in Vadnais Heights, looking out at the bird feeders his dad had set up. Then he’d try to identify the birds by comparing what he saw to the illustrations in the Golden Nature Guide to Birds he had received as a present. It was a way to connect with his father, and it probably planted the seeds for his subsequent career as a biologist.

Today, Fashingbauer has a rather deluxe setup, with nine bird feeders hanging from an old telephone pole set crosswise on two other poles so that it’s at eye level from the main floor of his walkout rambler. A system of pulleys allows him to lower and raise the feeders to refill them.

You don’t need anything that elaborate to get started, though. Fashingbauer recommends a simple tube feeder or two filled with black oil sunflower seeds, widely available at big box stores, hardware stores, garden centers and elsewhere. You can also make a family project out of creating a simple feeder with your kids, says Osmundson. All kinds of ideas and plans pop up if you do an internet search for how to make a bird feeder, from old pop bottles with wooden spoons stuck through them for the birds to perch on, to stuffing suet in one of the mesh bags that onions come in, to smearing peanut butter on pine cones and hanging them in a tree.

Osmundson notes that it’s important to give thought to where you hang your feeders. You want a place that’s easily accessible so that you can regularly refill the feeder, but one that’s also visible from where you spend time inside your house. Some people like the kind of feeder that attaches to the outside of a window with suction cups. If you start feeding in winter, plan to keep at it at least until spring, when birds can more easily find food elsewhere.

We all like to be able to name what we see (especially kids), so a basic bird identification book is a good bird feeding accessory. There a number of them, but Fashingbauer says the Golden Guide to Birds he used as a kid remains his favorite. You can find copies online for under $10. If you have a pair of binoculars, they can help you distinguish details on birds, but they’re not necessary. Many people like to record what they see in a notebook. Families can make a fun game out of who sees the most different species, or who spots something first. The Cornell Lab of Ornithology is a great online source for more information about birds, feeding them, and how you can even take your involvement to another level as a “citizen scientist”: www.feederwatch.org.

So if the winter doldrums are even worse than usual this year because of pandemic constraints, consider putting up a few bird feeders in your backyard. Connecting with nature may be just what the doctor ordered, for you and the whole family.

And if you have cats, they’ll love you for it too. That’s a promise, from Percy. 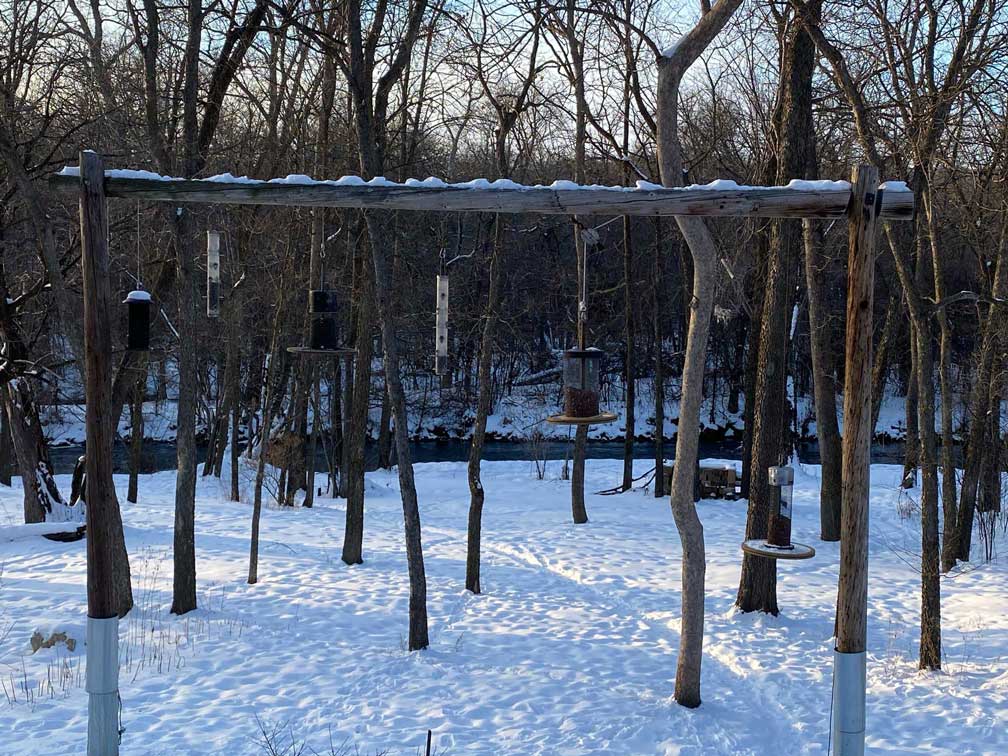 DNR wildlife manager Bob Fashingbauer has fond memories of his dad feeding the birds, and he continues the tradition with a rather deluxe setup. You don’t need anything so elaborate to get started feeding birds in you 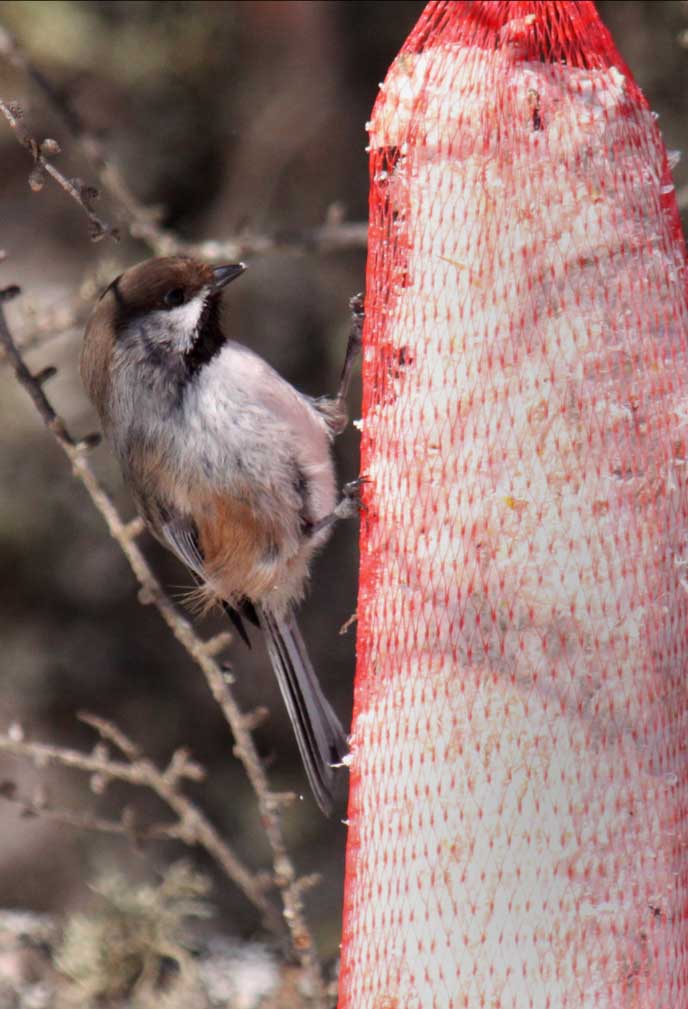 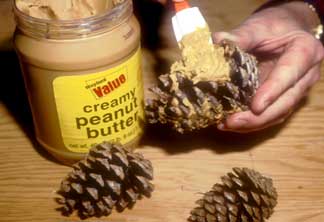 You can make a fun family project out of feeding the birds. Do an internet search on “how to make a bird feeder” and you’ll come up with numerous ideas, including some as simple as smearing pine cones with peanut