Weighing 25 to 30 pounds, with a wingspan up to eight feet long, trumpeter swans are Minnesota’s largest native birds — big, fluffy and white, a picture of majesty and grace. But they might have been nothing more than a footnote in the history books had it not been for proactive conservation efforts spearheaded by the Minnesota Department of Natural Resources.

Prized for their feathers, meat and skin, trumpeter swans were nearly hunted into extinction. By the 1930s, only about 69 of the big birds remained in the lower 48 states, and none in Minnesota. Today, after a successful re-introduction effort that began in the 1960s, biologists estimate some 30,000 trumpeter swans in Minnesota alone. The birds’ comeback was the result of a partnership that included DNR’s Nongame Wildlife Program, the Three Rivers Park District in Hennepin County and the nonprofit Trumpeter Swan Society.

This past summer, researchers made progress on a new phase of swan conservation. About 40 trumpeters were captured and collared with solar powered GPS transmitters that can update the birds’ locations every 15 minutes by connecting with cell phone towers. The work occurs when the swans are in their molting phase, lacking all the feathers they need to fly. Researchers glide up in a boat, grab the flightless bird and hug it to their chest to contain its powerful wings and calm it. Back on shore, they record data on each bird, fit it with the collar, then let it go. The collars will last for three to four years before falling off. You can follow the swans online at https://trumpeterswan.netlify.

The multi-year project is a partnership among the U.S. Geological Survey’s Minnesota Cooperative Fish and Wildlife Research Unit, the University of Minnesota, and the U.S. Fish and Wildlife Service, along with DNR and Three Rivers Parks. It will provide data on swan migration and year-round movements, as well as information on the birds’ use of different habitat types and mortality statistics. Similar research is underway in Michigan, Ohio, Iowa, Wisconsin and Manitoba, providing information on about 100 swans all together. Funding for the Minnesota study comes from state lottery proceeds, as appropriated by the legislature.

While trumpeter swans have been deemed a conservation success story, they still face a number of challenges, including habitat loss, collisions with power lines, lead poisoning resulting from their ingestion of lead fishing tackle, and an occasional shooting, usually by a hunter who mistakes it for some other bird.

Trumpeter swans also are extremely sensitive to human disturbance at their breeding sites and will abandon nests and cygnets if disturbed. They usually form a pair bond at about three or four years of age and mate for life. Their nests, which can reach up to 11 feet across and three feet high, are built on an existing structure surrounded by water, such as a muskrat den, a beaver dam or a small island. The female lays four to six oblong eggs, roughly three by five inches in size, which hatch just over a month later. Trumpeter swans keep the eggs warm by covering them with their huge webbed feet.

Those big feet also play an interesting role when it comes time for the big bird to take flight. Built more like a jumbo jet than a small plane, trumpeter swans need as much as 100 yards to take off, and as their wings flap furiously their feet rapidly paddle along atop the surface of the lake or river, almost as if they were running on water – a breathtaking sight we nearly missed out on.

The DNR Nongame Wildlife Program works to maintain and enhance the state’s diversity of wildlife, restoring native populations of animals and supporting those Minnesota species that are in greatest need of help. The program protects and manages crucial habitats, conducts scientific research to better understand Minnesota’s wildlife species and the ecosystems they depend upon, and it forges connections between Minnesotans and wildlife through outreach and education.

To learn more about the program, and how you can help animals such as trumpeter swans, eagles and loons, visit www.mndnr.gov/nongame. 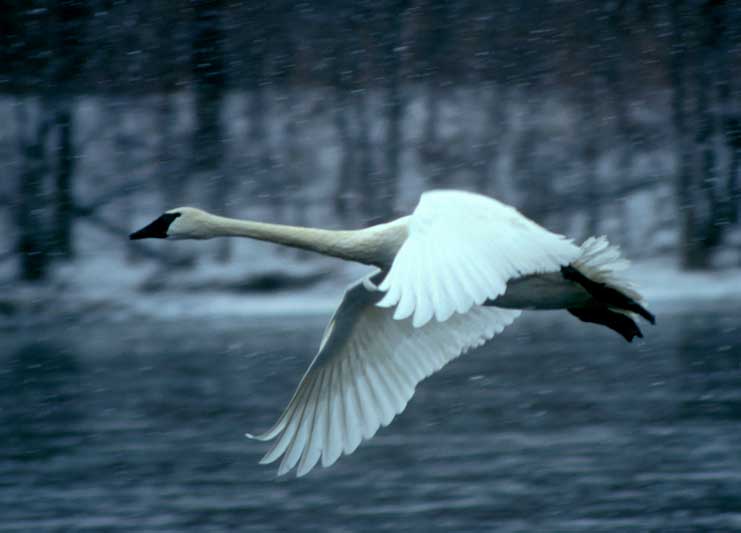 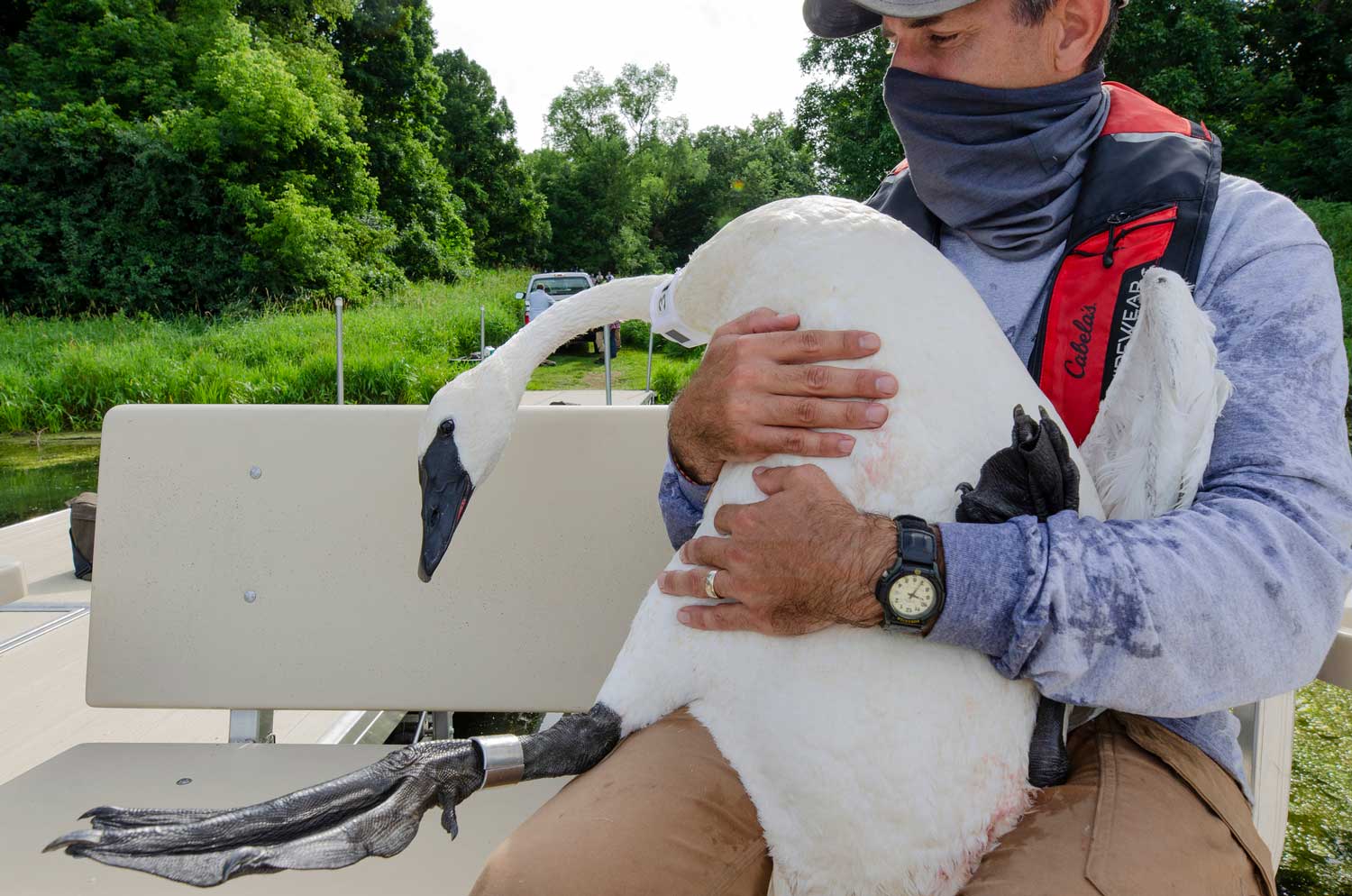