The Woman And The Girl, Again

The girl’s heart dropped. Angst rushed down her chest and down to her belly and inside her intestines. A customer had marched up to the girl’s desk and pounded one hand down on the checkout counter. The girl tensed. She held her breath. Every muscle fiber and cell inside of the girl’s body seemed to abort their respiration. The girl disliked very much when people became aggressive. It brings her back to her childhood, hearing her parents angry, reprimanding voices. It makes the girl feel like she’s done something wrong.

“Are you gonna help me or just stand there!” asked the customer. Without saying another word, the girl closed out of her production application on her computer. A million thoughts filled the girl’s brain, but the main thought was, AHHHH!!! Someone’s mad. OMG. OMG. The girl typed on her keyboard frantically as she logged out of her current work application and began to pull up the customer portal as fast as she could.

“Ahem,” interjected the woman calmly and collectedly. The woman was the girl’s coworker who sat beside her, who had gotten up moments before then to fetch a cup of coffee. When she returned, the girl had no clue. All she knew was that her blood pressure was dropping now.

The woman straightened her eyeglasses. She stared squarely at the customer. “How may we help you?”

“Williams,” said the customer, hoarsely, without further need of a prompt. The customer was a smoker, no doubt, indicated not only by the tone but also the smell. The customer reeked of weed.

The girl quickly typed in the name. Pulled the account up.

“What’s your last name?” continued the woman, standing behind the girl now. The girl enlarged the customer’s account on her screen for her coworker to see as she “handled” the customer; it was but a small deed she could do.

“WILLIAMS.” The customer puffed. “W-I-L-L-I-A-M-S! WILL-LEE-UMS!” the customer crescendoed, before hacking her lungs out into the open air, her bony hands grasping tightly onto the checkout counter, elbows shaking. “Are you deaf! Can’t you hear me?”

“I’m sorry sir, you need to speak to us better or else we will refuse to help you.”

“Sir,” continued the woman, unflinching. The girl had to chuckle a little. The customer’s voice was so hoarse it was hard to understand. Clearly, her coworker had trouble making out the words. Though the girl, fixated on the customer’s account, had known the customer to be a ma’am, she didn’t dare to speak a word during this aggressive affair.

“I said, ‘I ain’t no sir you HOE!’” The customer’s pointer finger fired at them both as if it was a weapon. “You either help me now or I report yo’ ass, you stupid piece o’ sh*t!”

“Sir, I’m sorry, you’re going to have to leave because you’re being disrespectful,” the woman said as she flapped her hands at the customer. “We’re not going to help you.”

The woman turned to the girl. She batted her eye lids faster than normal as if to signal to the girl, saying eff this b*tch, we ain’t helping her! And the girl got the message all the same. She closed out of the customer’s account.

The customer continued to curse.

“Sir, if you don’t leave, we’re going to have to call security.”

The customer continued to curse.

The woman turned to the girl. “Remove that folder,” the woman said, pointing to the side cubby beside the girl’s desk.

The girl promptly did so, revealing a read button with a tan lever over it. The girl thought to reach for the lever. Instead, the girl turned to the woman.

The woman nodded her head, this time, her eyelids blinking normally.

The girl pulled on it, no sound was heard.

“Security is coming,” said the woman to the customer, still fired up. “If you do not leave, our security will escort you out.”

Within seconds, two suited, tall and muscular men entered the room from the direction of the elevators. “What’s going on?” said one guard, his voice a rich baritone.

The girl could breathe now.

The customer went on about how rude the girl and woman had been. The girl watched as the guards made eye contact with the woman who was on her feet now. The girl still in her seat, computer screen darkened.

The woman nodded once to the guards.

“C’mon, let’s get you outta here,” said the guard. Both of them guiding the now calm customer out the door with just their voice and presence and not a single shred of physical force.

Amazing, thought the girl, how someone’s mood (such as the customer’s) can shift so suddenly and effectively in the presence of authority. She guessed that people’s emotions were not so hard to tame after all. Though the girl, having gone through much therapy work herself, was self aware and didn’t have much trouble taming her emotions, she’d always witnessed others to not share this same resolve.

“Are you okay?” asked the woman, seated now.

“Yeah.” The girl just smiled. She didn’t say a word more. Such was not necessary.

“God!” exclaimed the woman, releasing deep breaths of relief, or perhaps exhaustion, that she seemingly had been holding in. “Did you see that man! He was SO RUDE!”

The woman needed to vent now and get her frustration out. The girl knew. The girl just smiled and listened.

“He was SO terrible. Oh God, did you hear what he said? He called me a HOE! Let me tell you something, WHY DON’T YOU JUST TELL ME SOMETHING I DON’T KNOW!”

The girl laughed out loud. She nodded, affirming the woman.

The girl laughed some more. “You’re so funny,” she said.

“Let me tell you something, don’t you DARE let anyone disrespect you,” said the woman. “You don’t have to take this abuse. Don’t you ever let anyone talk to you that way, do you hear me?”

“Yeah,” said the girl, appreciative. Though, inside her heart, she felt a little sad. The girl perceived herself as sufficient and strong enough to fight her own battles. She just handled aggression with nonaggression. She didn’t admire confrontation, no, but when left to her own device, the girl could handle aggression just fine, in her own style. Did the woman see her as weak?

“Let me tell you something, that man had no right to speak to you that way! You’re so nice and sweet, you just let it happen. NUH-UH! Not when I’m here. I fight back. I don’t care who the hell you are, you don’t speak to me that way.”

The girl accepted the fact. Her way of handling things was non-aggression. It was unlike the woman’s way. But that was okay. And she needn’t teach the woman that. It was simply unnecessary.

The girl suddenly felt a sense of peace wash over her. Her stomach and intestines seemed to feel normal again.

“Are you okay?” asked the woman, turned toward the girl now.

The girl smiled. “Thank you. You’re so awesome.”

The girl turned on her computer again. And she felt as content and satisfied with herself. She handled it well. 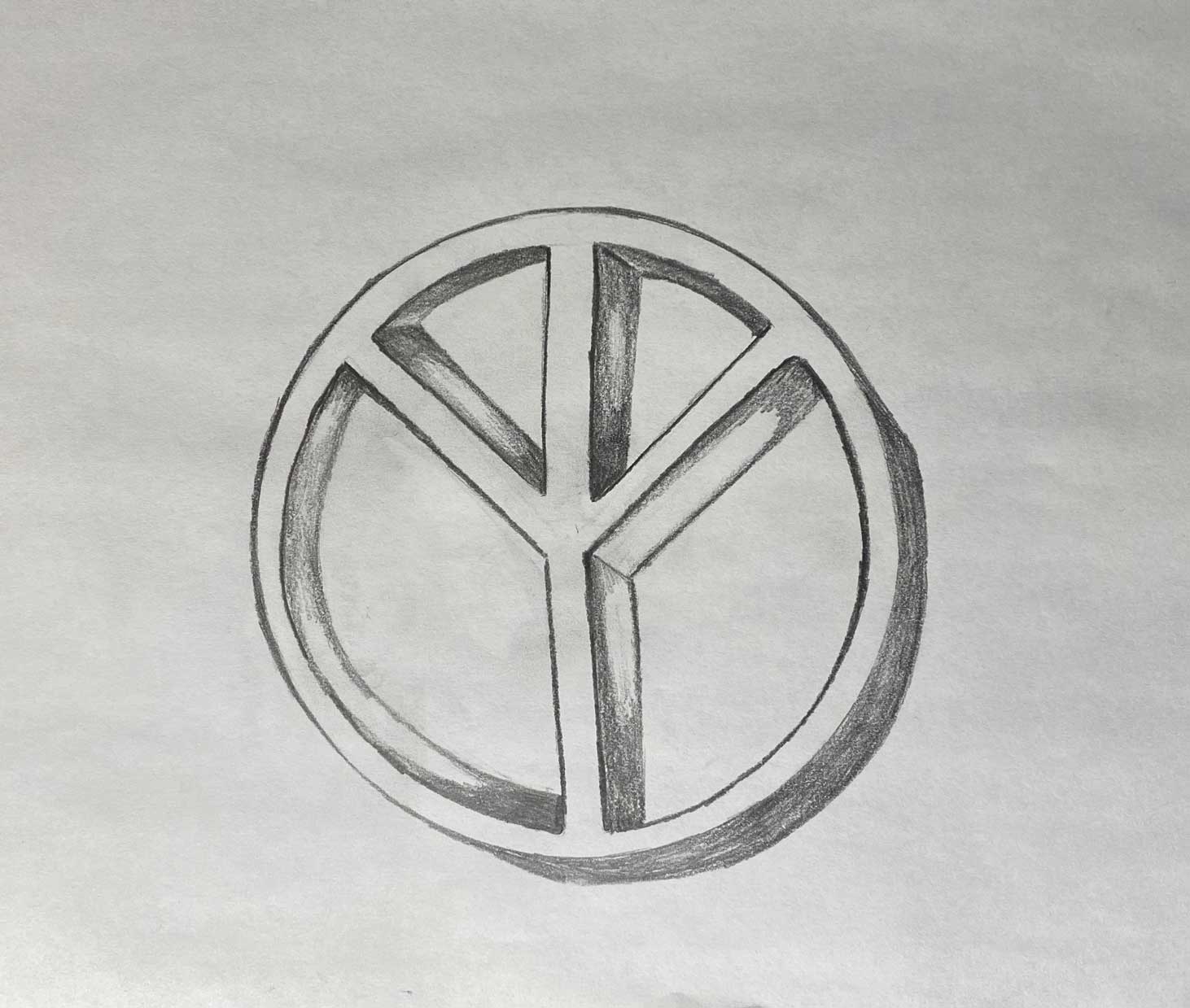 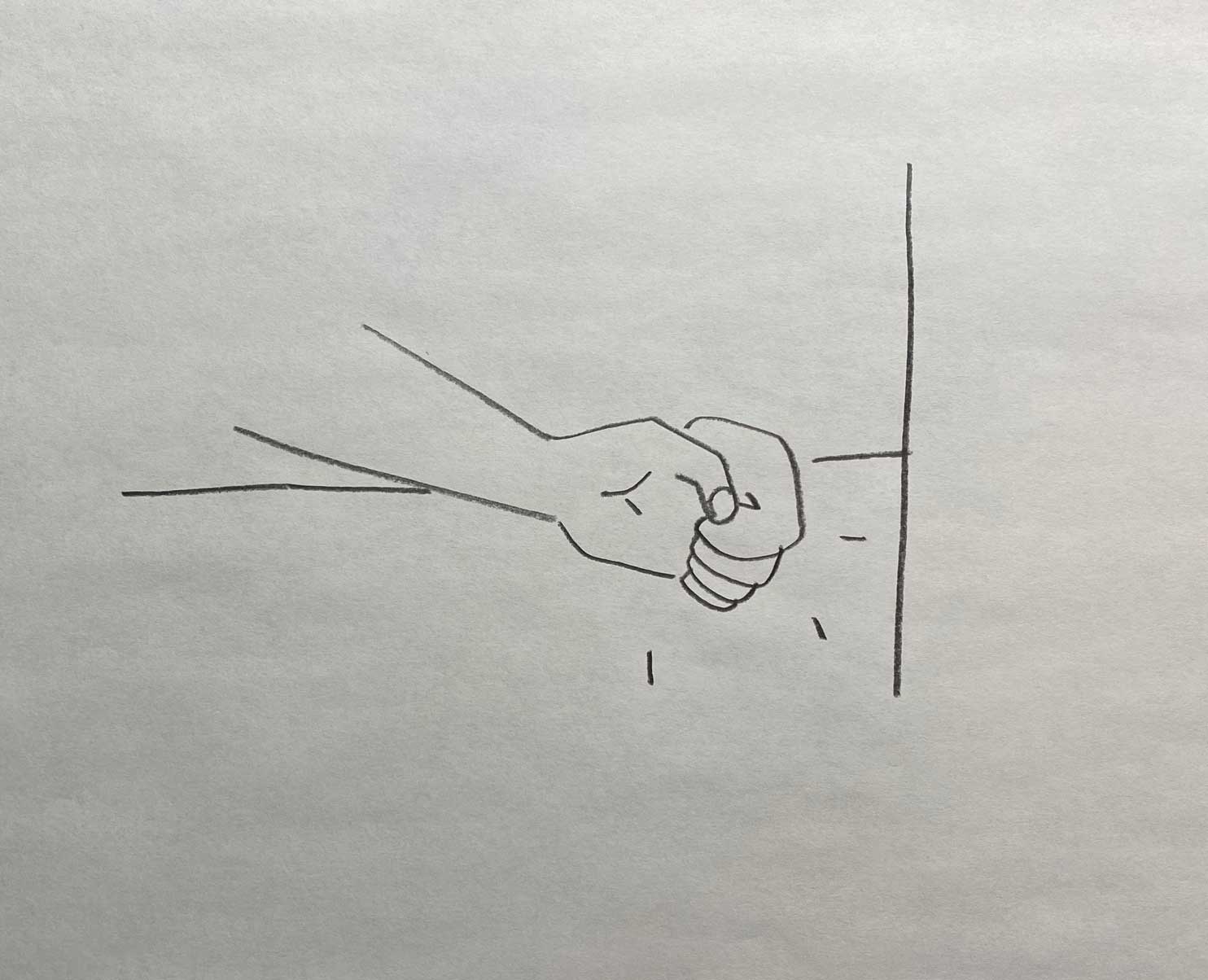