The Vang Brothers Reveal Their Secret To Success In Hollywood 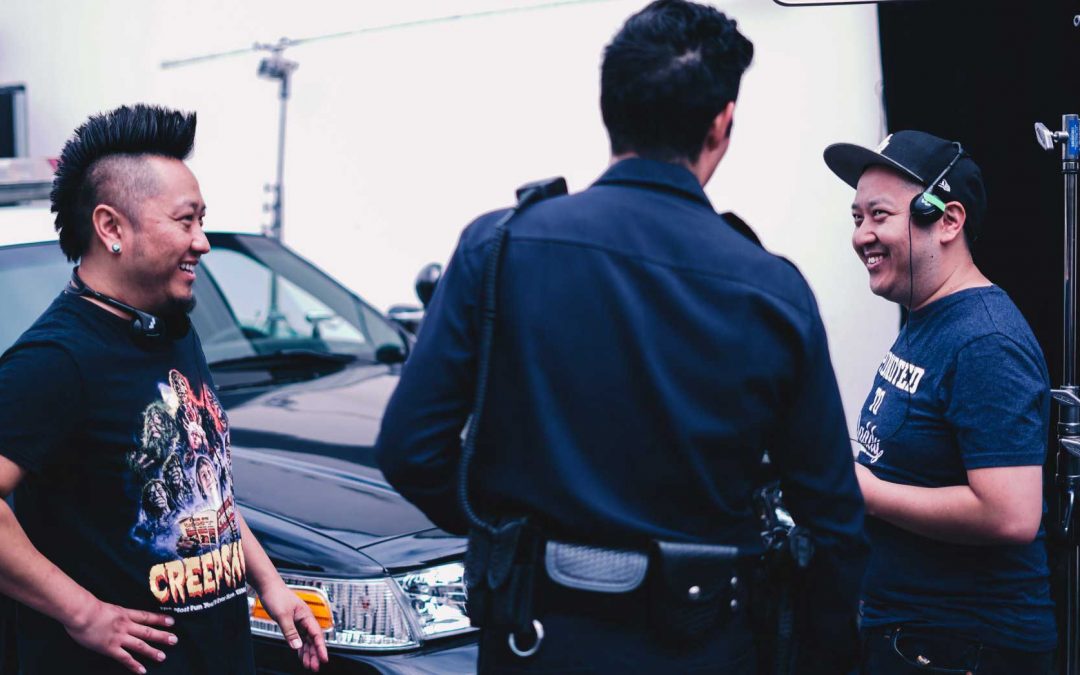 The Vang Brothers Reveal Their Secret To Success In Hollywood

Have you met the Vang Brothers?

They are a pair of brothers from Fresno, California who came from a first-generation Hmong immigrant family, who like other families, struggled with language, culture, and finances. Their family scraped by with just enough money to live above the poverty level, and thus never got the help of welfare from the government. Everything they had, they earned. This taught them that nothing in life would be handed to them. It taught them that the thing we all call “success” would require grueling and pain-staking effort, dedication, sacrifice.

They were Hmong boys who grew up American in Hmong-central Fresno. But their dream was Hollywood.

Film ran in their blood. In the 90’s, their mother worked the dubbing station for the memorable movie producer Su Thao. Their father, an elder of their church, headed the department responsible for dubbing into Hmong the first ever Hmong movie about the life of Jesus. Their family oversaw the creation of notable Hmong-dubbed Thai lakorns: Kev Hlub Yuam Tau Meej Mom and Mam Hlub Lwm Tiam. They also produced the Hmong films: Nyab Siab Zoo and Niam Thiab Ntxhais.

During those days, a larger force was at work, trying to show them where they belonged. But even so, people around them (initially) didn’t see their vision. Their parents, like other Hmong parents, aspired for them careers in medicine or law. The brothers even went so far as to study pre-med and biology in college. But their hearts strayed because their love for film was so great. As genuine, loving human beings, they could do no other than what their hearts were calling for them. Their bodies literally stopped them from being anything else than what they were meant to be.

Many odds were stacked against them but that didn’t matter. They believed in themselves. That was all they needed.

And what better validation than to shoot for the stars? If they should fall back onto earth, at least then they’d know that that was God’s answer.

The younger brother applied to the nation’s best film school, USC. He not only attended and graduated, but made friends with similarly amazing and talented film people like that of Ryan Coogler, the director of Black Panther.

And the older brother? He went on to publish his writing and poetry, exploring his own self and the world around him through writing. In doing so, he founded the first ever Hmong American Writers’ Circle (HAWC) which helped discover other Hmong writers and allowed all to connect.

But the brothers didn’t stop there. They continued to endeavor in film by writing, directing, and producing movies that have since streamed on Amazon Prime, iTunes, Netflix, and the like. They’ve even written a screenplay that won the highest accolade of a Nicholl Fellowship in Screenwriting from the Academy of Motion Pictures Arts & Sciences, an honor awarded only to five screenwriters among 6,730 total submissions that year.

“The moment our parents saw that we can actually compete with the best of the best, our whole family doubled-down on this,” shared the brothers.

Tripled-down seems more accurate as they count their blessings today. “Our parents and spouses are always on set with us when we film. Our mom came and made lunch for everyone. And once, we had to do a certain stunt and needed to rent a stunt rig to hang our stunt lady. Our father saved us this money from our movie budget by going to Home Depot and getting some 2X4’s to build this for us,” shared the brothers, happily. “He’s also built us a hi-hat for our camera.”

But once in L.A., in Hollywood, the brothers came to know the larger struggles of the world.

“When we were in Fresno in our Hmong community, our eyes could not see beyond the horizon. In L.A., we saw a bigger picture. We realized that there was a more pressing problem at hand.” That was, the struggle of Asian-Americans for representation on the Hollywood screen.

“What many don’t know about the entertainment industry is that it’s highly based on nepotism and nothing else. Not meritocracy. It’s also very regional and if you want to make it, you have to be in L.A. or New York.” Such battles are why family support is so important.

“We got pushback from gatekeepers, not just white people but Asian people, too,” shared the brothers. “Our movie that’s coming out features an Asian-American star, and with that, there were some companies headed by Asian people who said, ‘If you make this a white star, we’ll maybe consider you.’”

A heart-breaking reality, but the Vang Brothers bounced back quickly. “When people don’t support you, it’s because they don’t want you to succeed. And when you’re faced with this opposition, you have to use that as fuel to move further.”

Beyond that, they’ve learned that one factor trumps it all. “The only ingredient that is absolutely necessary for success is your own internal drive for this one dream. Everything else is secondary.”

Because even if you don’t know everything or have the experience, your passion will drive you forward, and you’ll learn along the way. Such was the path of the Vang Brothers.

“When we put our work out there, people might see a more glamorous picture than what we are. There is a difference between chasing the dream and chasing the glamour. For us, it’s not about glamour.”

“Success, to us, is when we remain true to who we are; it is when we do NOT sacrifice a character and make them white; it is walking away from money in order to tell our story the right way.” In fact, the Vang Brothers have indeed turned down large dollar offers for their screenplays before as these came without a guarantee for maintaining character integrity.

But, from speaking to the Vang Brothers and seeing their work, it becomes quickly evident what true success means to them.

“In Hollywood, you often see a lot of infidelity and craziness. From the outside, people might see our work on Netflix or Amazon Prime and call that success. But for the both of us, while doing all of this, our main success is in being the best sons to our parents and the best husbands and fathers to our families. These things are more important to us than the career itself.”

“Our hope is that more Hmong parents start to see that the world is bigger than a world of doctors and lawyers. If their kid has a real focus on a certain talent, it’s worth investing in.”

Here are two brothers who came from nothing, no money, no status, little moral support, who made themselves into something profound all the while remaining so humble and kind.

“Our faith teaches us that everything is a blessing from God. Gifts [talents] are given to us by our creator and not everyone gets a chance, so if you realize yours, you must know that your responsibility is greater than others’.”

The Vang Brothers, Abel and Burlee Vang, made it to Hollywood because of a love and desire that burned ferociously inside their hearts.

So, ask yourself, is there a fire burning inside your heart? If the answer is yes, then you can do it too.

A Messenger of Your Dreams 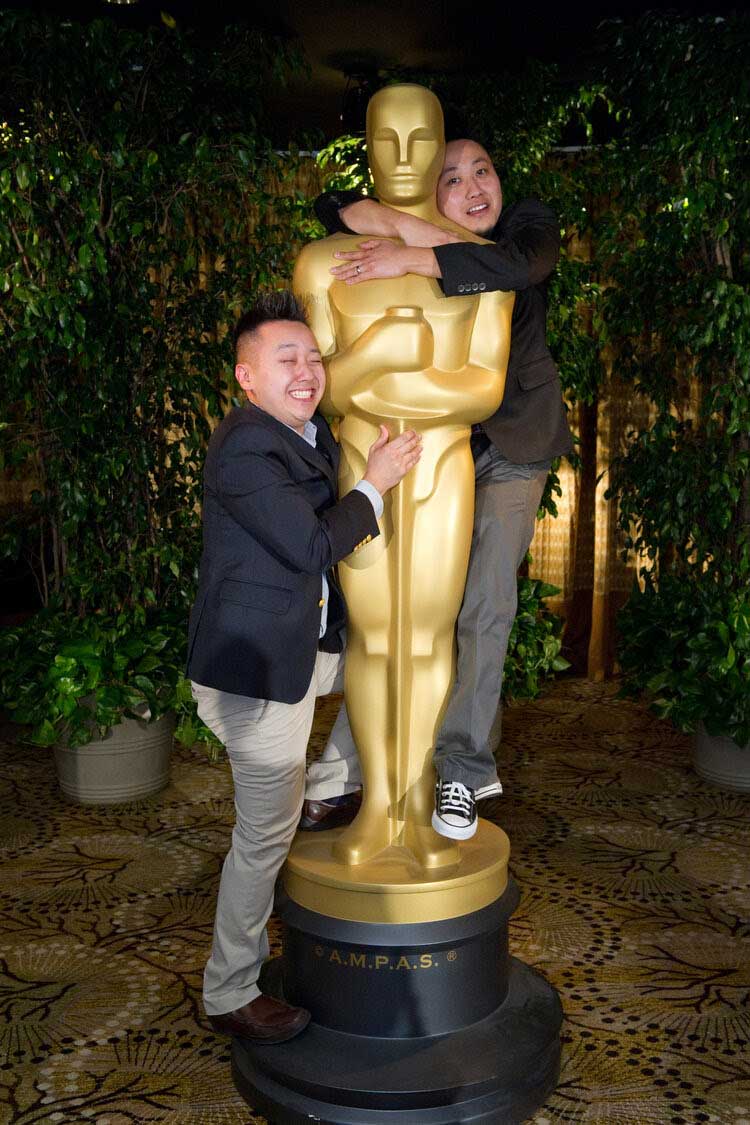 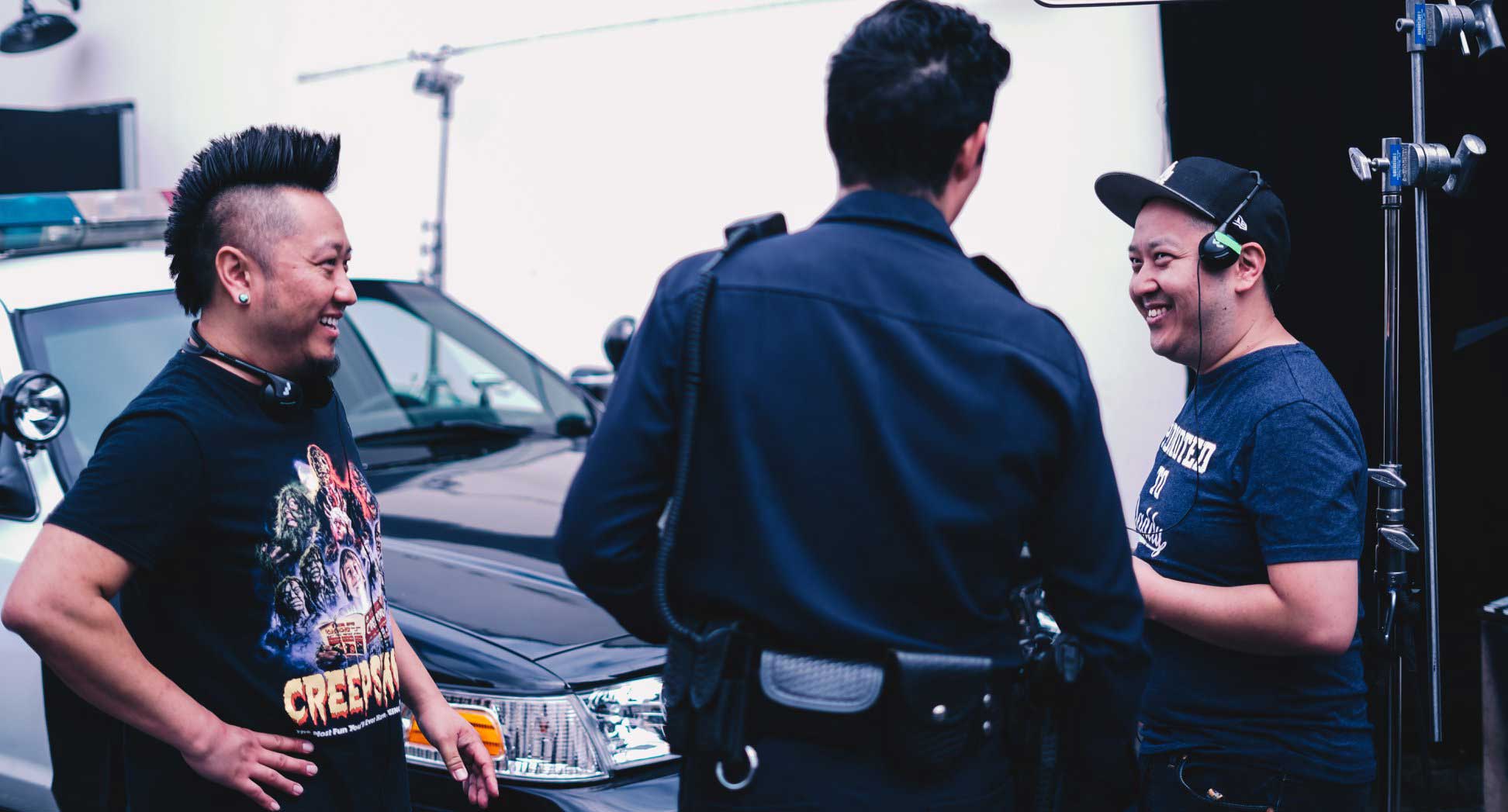