The Story Behind Obama’s Speech To The People Of Laos 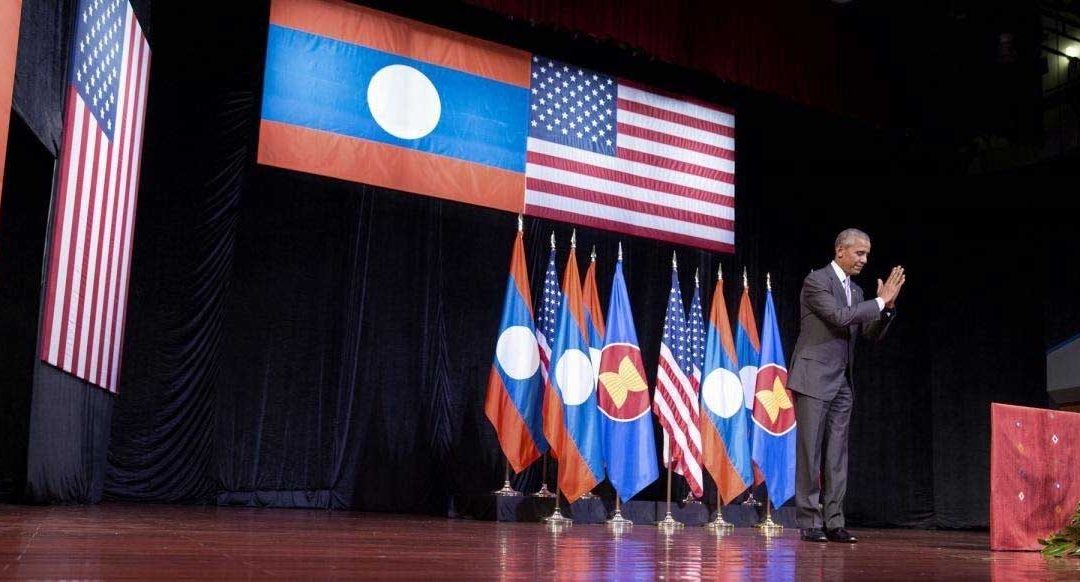 The Story Behind Obama’s Speech To The People Of Laos

As a White House speechwriter, I was fortunate to join President Obama on visits to more than 40 countries. But few trips have remained in my heart like our journey to Laos.

It was Monday, September 5, 2016, with just a few months remaining in Obama’s presidency. That evening, Air Force One touched down at Vientiane’s Wattay International Airport. Carrying a black umbrella against the tropical rain, Obama descended the stairs, stepped onto Lao soil and made history as the first U.S. president to visit the country.

The next day, I sat in the Lao National Cultural Hall, among a thousand Lao officials, business leaders and citizens. The stage was filled with bright Lao, American and Association of Southeast Asian Nations (ASEAN) flags. President Obama walked to the podium, waved, looked out across the hall and asked “Sabaidee bor?”

“Sabaidee!” everyone around me responded.

It was a speech 52 years in the making.

A few weeks earlier back at the White House, Ben Rhodes, one of the president’s top national security advisors and now a Legacies of War Board Member, had told me that Obama would use his trip – and this speech – to announce a landmark initiative that Ben had been ushering through the U.S. government: $90 million over three years to help Laos clear some of the millions of unexploded bombs dropped by the United States during the Vietnam War.

Back in my windowless office in the lower level of the West Wing, I pored over reems of documents provided by the National Security Council and our team of researchers. As I read, I kept coming across the name of a group I had never heard of – Legacies of War.

Soon, I was on the phone with Legacies’ founder, Channapha Khamvongsa, who helped open my eyes to a history I had never fully known. How, from 1964 to 1973, the U.S. had dropped more than two million tons of ordnance on Laos – more than we dropped on Germany and Japan during all of World War II. How tens of millions of cluster bombs had never detonated. How Lao men, women, and children were still being killed and injured by these bombs. How no U.S. president had ever formally, fully acknowledged America’s role.

I had never been to Laos. I wasn’t even born until the last year of the bombing campaign. Still, as I worked on the president’s speech, I felt a sudden connection to Laos and its people. During the war, one of my uncles had served in the U.S. Air Force at the air base in Da Nang, where many missions against Laos had originated. Had my family, in some indirect way, played a role in the legacy that Lao families still endure today? I had two young children myself and couldn’t imagine losing them forever to a bomb they had mistaken for a toy. What are our obligations, as Americans, to Lao parents who are still losing their children to bombs that our country had dropped a half century ago?

In his speech in Vientiane, President Obama became the first U.S. president tp acknowledge how “villages and entire valleys were obliterated” and “how the ancient Plain of Jars was devastated.” He spoke directly to the people of Laos: “Today, I stand with you in acknowledging the suffering and sacrifices on all sides of that conflict.” And he made a pledge, “Given our history here, I believe that the United States has a moral obligation to help Laos heal.”

During our three days in Laos, I saw the kindness and beauty of the people to whom we owe that obligation. The Lao who lined the streets to welcome the president’s motorcade. The Buddhist monks to whom we gave alms and those at Vat That Khao with its magnificent reclining Buddha. The family who welcomed us with noodle soup at Kung’s Café Lao, at the end of a quiet alley in Phiawat Village – including their little boy in his Batman shirt and shorts.

These encounters were a reminder, as President Obama said when reflecting on his visit, how the peace we seek in the world starts with respecting one another’s cultures and learning from each other.

On our last night in Vientiane, however, as I watched the sunset over the Mekong, it seemed as if my connection with Laos was coming to an end.

A few months after Obama left office, I unexpectedly received a call from Channapha. We met at a Thai restaurant not far from my home in Arlington, Virginia – a restaurant, it turns out, run by a Lao family who had fled the war as refugees. Over Beerlao, Channapha asked if I would join the board of Legacies. It was an easy yes – a chance to help carry on the work of Obama’s visit.

One of my first projects was to help produce a short video explaining our work at Legacies of War. I thought back to Obama’s speech, when he spoke about “children playing” and how “the wounds – a missing leg or arm – last a lifetime.” In our video, Channapha asks us to imagine a child playing in her yard and finding what looks like a toy. I didn’t have to imagine. You can only see her hand, but the little girl in the video reaching for a ball is my daughter.

This Father’s Day, I’ll be thinking of all the fathers and families in Laos whose hearts ache for the children they’ve lost to this awful legacy of war. But I still find hope in Channapha’s words, which Obama quoted near the end of his speech in Vientiane: “There are many, many problems in this world that might not be able to be solved in a lifetime. But this is one we can fix.” 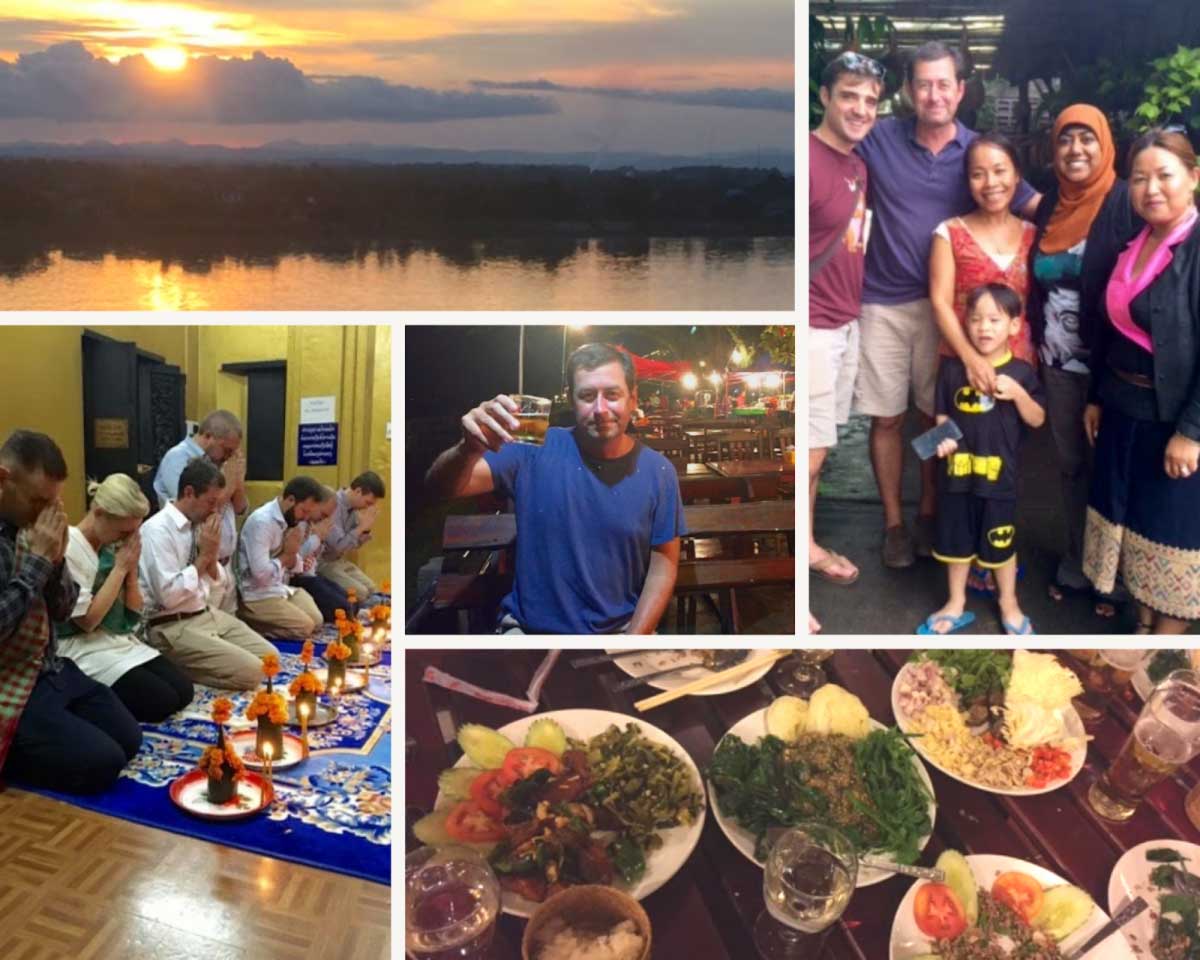 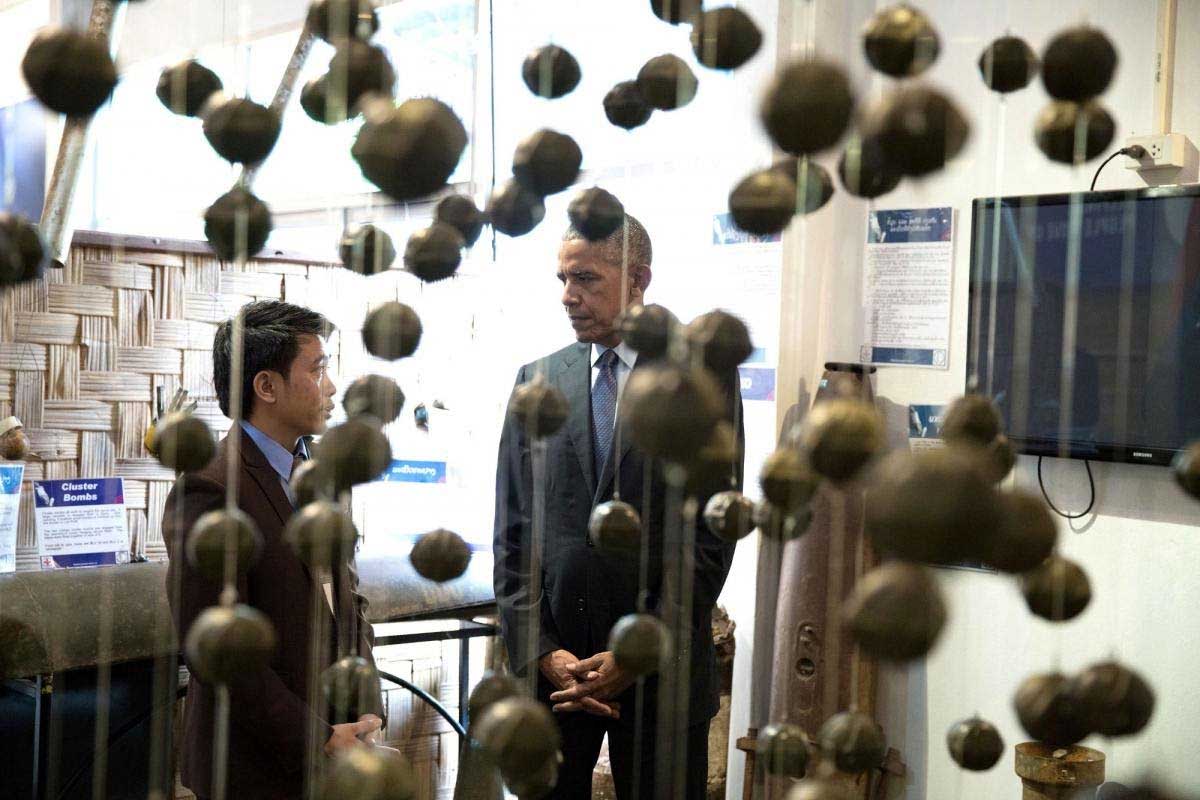