The Race Is On

The primaries are over, the fields are set and the race to November 6th begins. Several Hmong candidates made it through the primaries. They are:

District 59A is part of Minneapolis along I94 between 20th Avenue N and 53 Avenue N.

District 64A is part of St. Paul along I94 along Summit and Grand Avenues to the south and west of Snelling Avenue between Summit Avenue and Como Avenue.

District 67B is part of St. Paul bordered by Minnehaha Avenue to the north, McKnight Avenue to the east and the Mississippi River to the south.

The players are also set for the other major electoral campaigns.

Candidates for the 2018 election are Jeff Johnson (GOP) and Tim Walz (DFL).

The Attorney General is the state’s chief legal officer and is an executive position elected by the voters for a four-year term. The Office of the Minnesota Attorney General represents and provides legal advice to over 100 agencies, boards, and commissions of the government of Minnesota.*

Candidates for the 2018 election are Doug Wardlow (GOP) and Keith Ellison (DFL).

The Secretary of State is the keeper of the Great Seal of the State of Minnesota and files and certifies the authenticity of a wide variety of official documents. The Secretary of State registers a variety of business associations, including corporations, assumed business names, banks, insurance companies, limited liability companies, limited liability partnerships, and limited partnerships.*

Candidates for the 2018 election are John Howe (GOP) and Steve Simon (DFL).

Candidates for the 2018 election are Jason Lewis (GOP) and Angie Craig (DFL).

Minnesota’s 3rd congressional district encompasses the suburbs of Hennepin County to the north, west, and south of Minneapolis. With blue collar Brooklyn Park and Coon Rapids to the north-east, middle-income Bloomington to the south, and higher-income Eden Prairie, Edina, Maple Grove, Plymouth, Minnetonka, and Wayzata to the West with Champlin, it features a mixed characteristic. Republican Erik Paulsen currently represents the district in the U.S. House of Representatives, having been elected in 2008.*

Candidates for the 2018 election are Erik Paulsen (GOP) and Dean Phillips (DFL).

Minnesota’s 4th congressional district covers nearly all of Ramsey County, including all of St. Paul and most of its suburbs. It is currently represented by Betty McCollum, of the Minnesota Democratic-Farmer-Labor Party (DFL). The DFL has held the seat without interruption since 1949, and all but one term (1947-1949) since the merger of the Democratic and Farmer-Labor Parties.*

Candidates for the 2018 election are Greg Ryan (GOP), and Betty McCollum (DFL).

Candidates for the 2018 election are Jennifer Zielinski (GOP), and Ilhan Omar (DFL).

No matter what happens, 2018 will be a banner year in Minnesota politics. Follow Hmong Times as we take a deeper look into some of the candidates and their thoughts on how they can positively impact the state of Minnesota and it’s people. 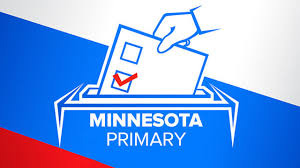