Beginning with the grand opening on Friday, November 23 at 11:00, the United Hmong Family’s Minnesota Hmong New Year will kick off it’s 40th Anniversary.

Guests will include the Board of Trustee for the event, Teng Ly, a veteran from the Secret War, a Royal Lao Army Colonel.

Mee Vang, Vice Chair for the event explained, “This event is not only about looking back, but looking forward.”

Tser Xang Kue, Chairman of Minnesota Hmong New Year explained, “The theme is called ‘Passing The torch.’ We are celebrating achievement of a big milestone.” The opening ceremony will include a video montage of previous Hmong New Year events. It will include people who have competed and performed. “It is part of the 40 year experience,” says Kue. The video montage will play over the weekend for those who can’t be there for the grand opening. “They can see their family and the many families that have made this a strong event over the years.” explains Kue.

But, for the first time this year, the event will be hosting an essay competition with a $1,000 grand prize. The money can be used for college tuition, or the holidays, there are no restrictions. The winner will read their essay at the end of the event. Essays can be written in either Hmong or English, and the subject should be on the topic of “Passing the Torch.”

Organization CEO Peter Pha said that Friday will be about, “Honoring the older generation, 40 years ago. Saturday will honor those in the present – doctors and successful people in the Hmong community. Senators, doctors, business owners will be included. They helped bring us to the next level. Sunday will focus on the future generation of kids. This will also be when the essays are read.”

Pha went on to say, “We wanted to do something a little different. On Saturday night, our concert will celebrate music over the years from the 70s and 80s until now. We already have singers from Thailand, including Yujin Thao, a young singer from Thailand, and Yasmin, Kab Nquas Vaas, a group from Providence, Rhode Island.”

Vendors and merchandise will be available as usual. Vang added, “The food vendors will have the traditional Hmong food, but we will also have vendors selling very modern food like macaroon. We are very excited to see the Hmong community expanding beyond Hmong traditional food.”

Vang also added, “There has been a lot of confusion that the United Hmong Family and the Lao Family Foundation are separate organizations from Lao Family Community of Minnesota.”

“I am happy that all of us are coming together, young and old. There is a lot of energy forming the community. We want to do something different to celebrate 40 years. We want to draw upon the talent that is out there. We are passing the torch, the focus is on the past, present and future. An extraordinary experience awaits, come enjoy and be amazed,” said Kue. 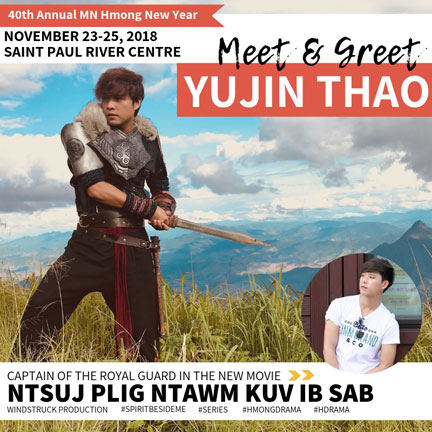 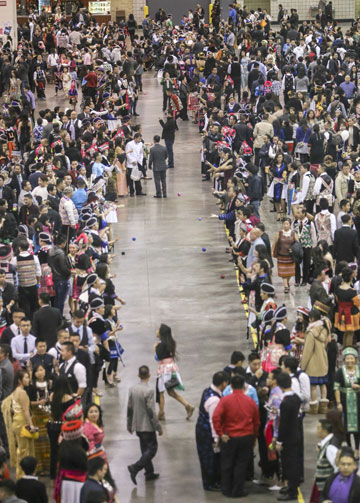