The Laundry And The Girl

Bristles of hair stood erect on her bare legs as she tiptoed across the cracking ice sheets melting on the sidewalk. The girl wore a skirt again to work that day. She liked skirts, even in wintertime.

It was nearly mid November, but Minneapolis had not seen even a day’s worth of snow as past years have shown. There was a mild rain the previous day that had frozen overnight. The air was chilly, but the girl didn’t quite mind the cold. She enjoyed it, actually. Though her legs, currently starting to dry up from the cold, differed. The girl had wanted to wear stockings underneath her skirt that morning, but could not locate a clean pair. For weeks now, the girl’s laundry had piled up high in her hamper, inside her closet, a reflection of the disorder in her life.

And disorder there was. The time was now 4:45 PM. The girl was running late for her 5:00 PM therapy appointment. The girl couldn’t miss this week’s appointment. She’d already missed last weeks. Thoughts and emotions have been running frantically in her head and were becoming too much to cope with on her own. She needed to go to that appointment.

Cracks formed in the thin ice sheets under her every step. It reminded her of the unsteady floors that she once trekked at the man’s place. Sometimes, she felt as though if she didn’t hold her breath, she’d fall through and land on the lower level neighbor’s living room floor. What if, in life, that was the case? People could fall through floors if their step was too heavy. The girl licked her bottom lip. A taste of blood hovered on her tongue. Her lip was starting to crack. If she didn’t balm them soon, it’d form into a scab. The girl’s heart sank a little. Lip scabs were the worst.

“Heeey!” called a familiar voice from a few feet away. The girl’s heavy breaths filled the air before her in a puff of cloud. She was unable to make the face. Though the voice, she recognized. It was her neighbor. The girl’s heart sank some more.

“Hey!” Maybe fate was against her today. Banter with her neighbor always lasted half an hour at least. The girl peered at her phone, 4:55 PM. Great!

“Is this your car?” asked the neighbor with a thick accent. A Chinese exchange student going to the nearby university, the neighbor was still learning English.

Immediately, the girl’s breath caught. Her car! Her brand new car that she’d still have payments on, its front right tire was flat.

“What happened?” asked the girl, alarmed. “Did you see what happened?” The girl’s nose tingled, but not from the winterless cold. Tears stung her eyes. But she didn’t want to be emotional in front of the neighbor.

The neighbor shook her head. “So, this is your car right?”

The girl started to cry. Thoughts and emotions raced in her mind. Her tire was now flat. She was late to her appointment. What would she do now with a flat tire and a missed therapy appointment? The girl wanted to pull out her hair. She wanted to scream from the bottom of her voice box, and break it even, and say, Why me?

But the girl gave in. She squeezed out some tears at last.

“Are you okay?” asked the neighbor, hand extending in embrace.

The girl wiped her nose. She shook her head.

“I’m going to campus, I can take you to where you need to go.”

“No, it’s okay. I’ll just go take some rest.” Without saying another word, the girl turned the corner, to where her apartment building stood. She entered in. Laid on the bed, hugged her knees, and just breathed. She thought of her job and how it was going. She thought of her finances, how she was going to pay for the tire. It was probably slashed, for one tire couldn’t possibly go bad on its own. The girl remembered the guy, and the conversation they’d had a few nights ago. He thought she was kind. The girl felt affirmed by his words. The girl, too, thought she herself was kind. It was just as the woman from work often said, and quite like how the man once ago always repeated to her. The girl introspected now. Was she really all that kind? And did she know herself all that well?

Her tire was flat now, so she couldn’t get anywhere. The thought of calling State Farm or to notify the clinic that she’d not be coming crossed her mind. But she put that idea to rest.

The girl lay there, hugging her knees. The closet door before her was cracked wide open. Her hamper, overfilled, was on the verge of toppling. The girl inhaled a deep breath. She closed her eyes. Tomorrow, the girl felt. She’d figure things out tomorrow. 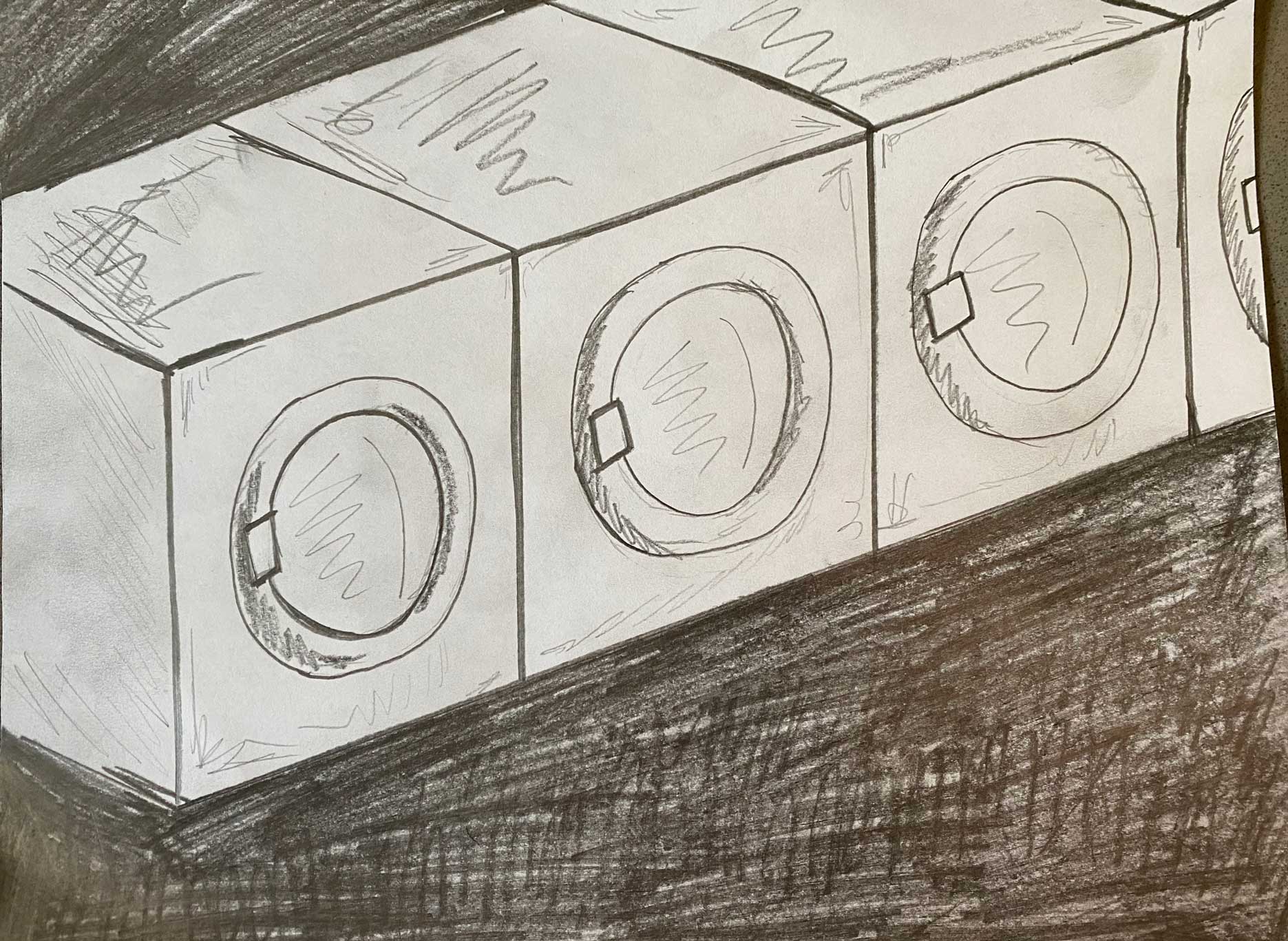 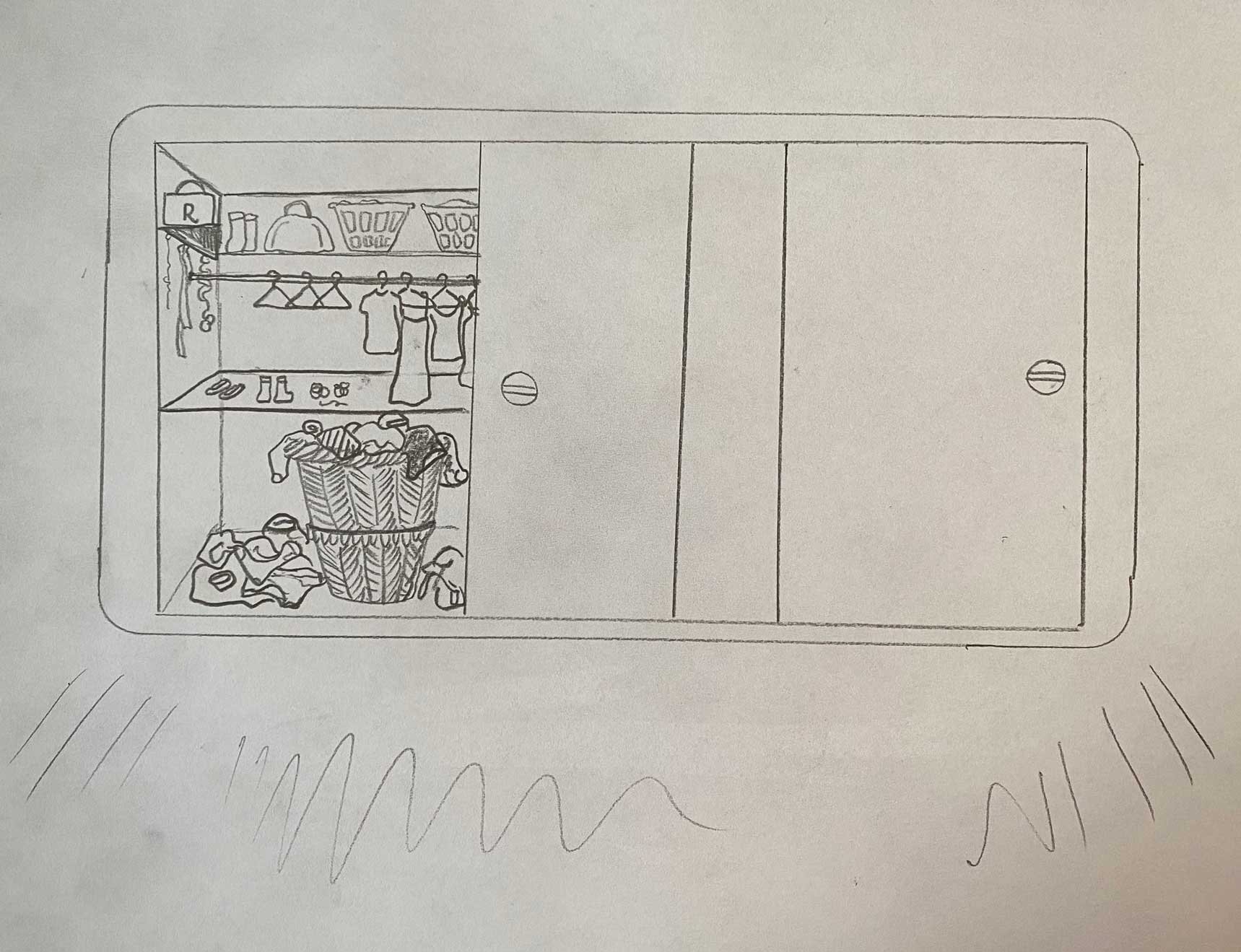