In celebration of May as Asian Pacific American Heritage Month, Hmong Cultural Center presents the Hmong Documentary Series at our museum exhibit center/library in St. Paul.

The Hmong Documentary Series begins May 2, 2018 from 6 – 7 PM with Disappearing World, a rarely seen documentary from the early 1970s in which Anthropologist Jacques Lemoine looks at the situation of the Hmong in Laos. The film visits Hmong villages and shows the heavy losses Hmong have endured in the Laotian Civil War. The documentary also shows the Hmong in American backed refugee camps and includes segments on the traditional lifestyle the Hmong are trying to preserve.

The Hmong Documentary Series continues May 9, 2018 from 5 to 7 PM. with The Best Place to Live: A Personal Story of Hmong Refugees from Laos directed by Peter O’Neill and Ralph Rugoff. This 1981 film is a portrait of Hmong who settled in Providence, Rhode Island. It documents a wedding, a funeral, soccer games and a rock band as well as experiences in schools and workplaces while exploring ambivalence about life in the U.S. and a longing for pre-war Laos. Also shown will be Better Places: Hmong of Rhode Island a Generation Later, a 2011 sequel directed by Peter O’Neill and Louisa Schein which follows up with four families from the first film.

The Hmong Documentary Series concludes May 16, 2018 from 6 – 7 PM with Becoming American: A Hmong Family From Laos Resettles in the U.S. directed by Ken and Ivory Levine. This 1982 film follows a Southeast Asian Hmong family from a refugee camp in Thailand to Seattle, exploring cross-cultural issues during a nine-month period. The film records a poignant odyssey as Hang Sou and his family finally arrive in America and face nine months of intense culture shock, prejudice and gradual adaptation to their new home.

Please consider joining us for the showing of these important films documenting Hmong American history. Attendees may also visit the interactive exhibits on Hmong culture and history at HCC before or after the showings. 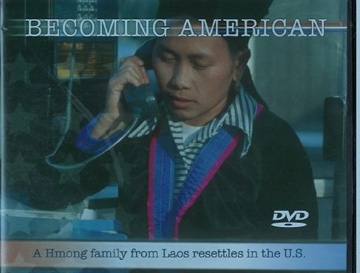 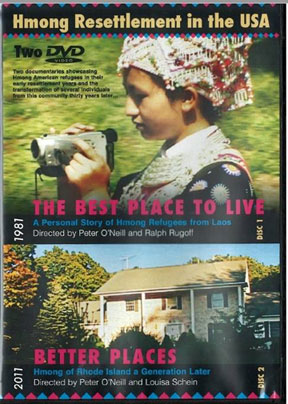