The Guy And The Girl

“What changed you?” asked the bearded guy on the other end of the video line. This was the second time they’d video called, and the girl found most intriguing the red forest hairs invading the guy’s cheeks and upper lip, each bristle moving at every word he uttered.

“What do you mean what changed me?” answered the girl.

“Like, when was it that you stopped becoming mad at life?”

The girl raised her brows, creased in contemplation. “Come again,” said the girl, “I’m not following.”

“Okay for example, what would you do if you had an appointment to get to, but when you came out to your car, your tires were flat?”

The girl creased her brow some more. “I would probably call State Farm and see what they can do for me.”

The guy puckered his lip and raised a brow so as to prompt the girl to say more.

“And then…” said the girl, “then it’d probably be nice to call the clinic and tell them I won’t be able to make it.”

The guy smiled a crooked smile, a nonchalant breath of air escaping his nostrils. His eyes focused on her through the screen as he contemplated the nature of her.

The girl stared at the screen, speechless, unsure of what the guy was thinking. A tingle erupted in her belly. The guy’s smile grew, lips slightly parted, his straight white teeth flashed briefly making prevalent the neatly trimmed whiskers on his upper lip. They appeared slightly red through video chat, though the guy had a full head of brownish blonde hair. “A strange phenomenon,” thought the girl. But one that felt right.

“Do you realize that you have a skill that others don’t?” continued the guy.

The girl didn’t say anything. The girl thought about what the woman from work said and now what this guy is saying. It all seemed to make sense. But was the girl really so different? And how was she different?

“You have a heart of gold,” said the man.

The girls’ eyes filled with tears. Balls of tear drops escaped the most outward part of her bottom eyelid as she stared at the man unblinkingly.

“Sweetie,” tried the man. Daring. “Any normal person would get upset and probably kick their tires and start cursing. My one friend, she’d probably say eff this and eff that. But why is it that you choose to not get angry?” The guy’s kind and slightly crooked smile flashed across his face again. Warmth filled the girl’s cheeks as she turned away in shyness. An unfamiliar tingle rushed down her spine.

“There must have been a time when you decided that you wouldn’t be mad anymore,” added the guy.

The girl thought to herself as she often did. The man smiled his crooked smile, staring at the girl in anticipation, curious to what she might say. He noticed her head turning ever so slightly to the left, her wide bright white eyes looked up, again to the left. The girl always did this every time she was in deep thought.

“Well…” said the girl. Thoughts ran through her mind as she contemplated her next words. She knew the answer, but feared it was too early in their meeting to disclose. She’d been close to others before. The man. And since the man, she’d wanted time to herself. Was she ready to be close to another person?

“So?” spoke the guy. His eyes gleamed in the lamp light in the back of his room. The girl’s heart melted. They were blue. The girl had never been close to someone with blue eyes before.

The girl’s head turned to the left again. And then up.

The guy’s face filled the video screen now. His smile crooked to the side, almost as if he was trying to entice her. But he was only being genuine. She felt it. His energy was, divine. And kind.

But she didn’t say a word. The girl was afraid that anything she’d say would be wrong. Something inside her gave her a good feeling about this guy. The girl couldn’t place it though.

“Yes?” encouraged the guy. His eyes lit up like a child ready for a bedtime story. That made the guy’s smile all the more charming. In that moment, the girl noticed that the man’s right cheek creased more pronouncedly than his left. His lips curved inward and were not too plump, but not too thin. Under the beard that blanketed his jaw was a slight crease at his chin. That warmed the girl’s heart. She too had a minor butt chin. The girl knew this was going to be a good talk.

“It happened in the sixth grade…” 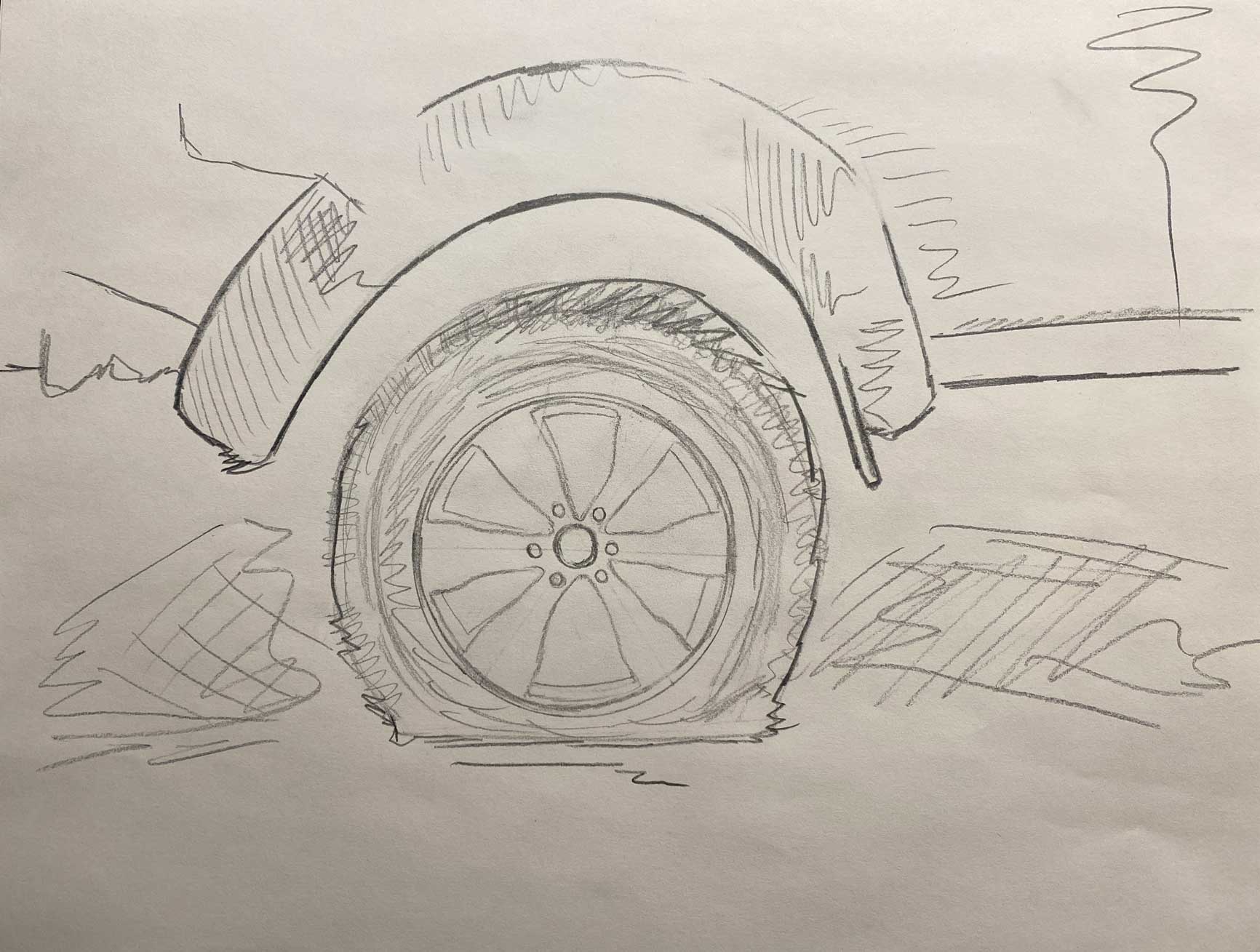 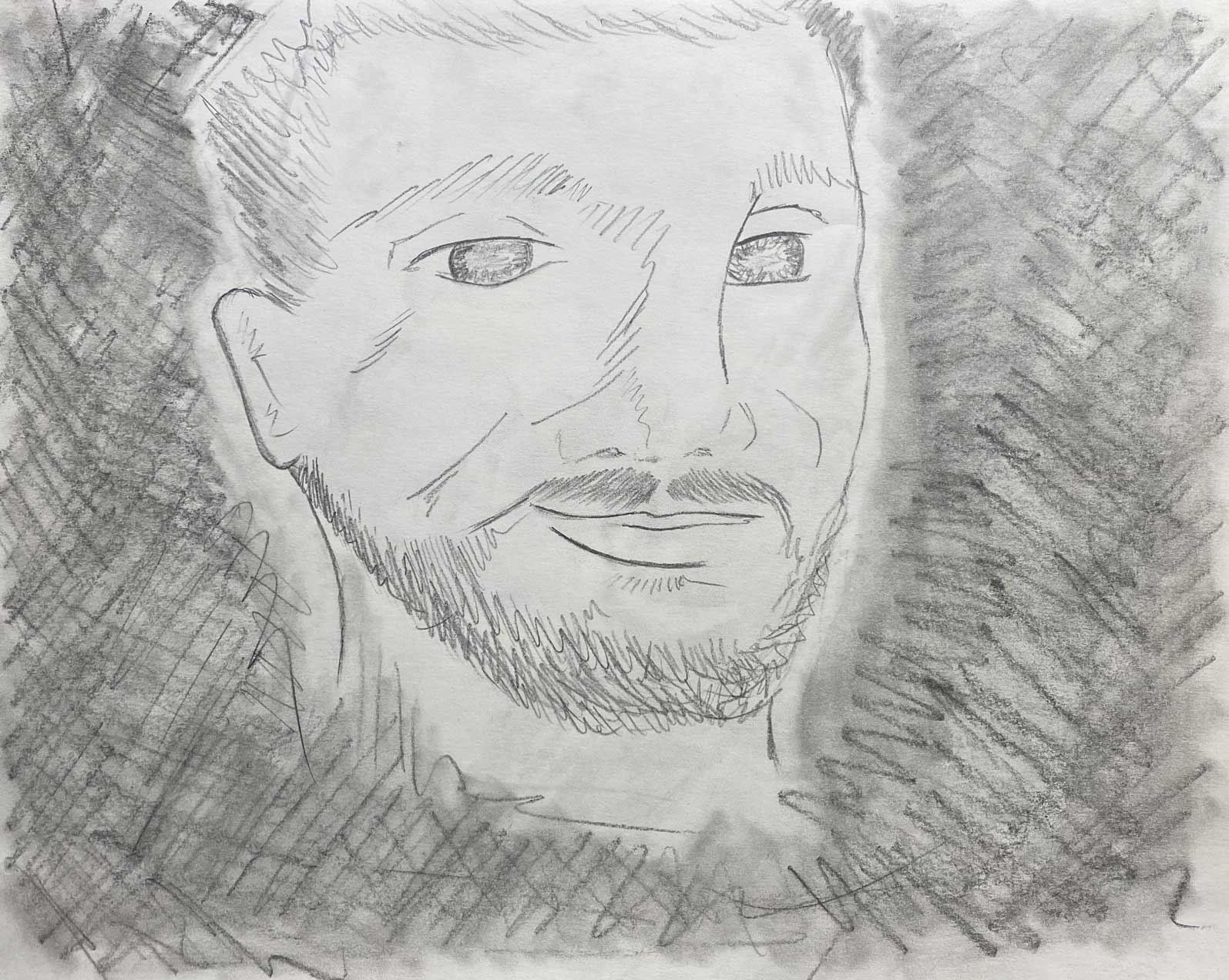