The Guy and the Girl, Again

The girl sighed louder than usual. Though it was Friday night, it felt like a Monday morning. The girl was in her oversized sweatshirt and panty already curled up in bed. But she felt breathless and awake. Unrelaxed and cold. Her feet felt like ice. Though it hadn’t started snowing yet in November, chill suffocated the night air exhaling breath into her studio unit through the cracks between the old wooden window and sill. The girl’s building was a historical building. It wasn’t insulated so well. Her heater was electric and hooked to the wall and did little to the means of heating up the place.

“What’s that sigh about?” asked the guy again, with an inviting tone.

“I’m tired,” lied the girl. She was anything but. Explaining herself, thought the girl, would be too much effort. The girl had also always felt it hard to decipher if the person to which she was speaking actually cared to know or was just asking to make small talk. Though the thought didn’t make sense, thought the girl, given the nature of the guy. He’d been calling her consistently over the past week, at night, every night. They’d talk for hours, four to five at least, before bed, simply about anything. Was this a sign of someone caring?

“Mmm-hmm.” The girl didn’t quite know what she was feeling, if she really was honest. It tended to happen this way when she spoke to the guy. She was lost in emotions. Not in the way of uncertainty or confusion. But in the sense that, when she spoke to the guy, nothing seemed out of place. There was no need to try to be boisterous or outgoing or shy – virtues she once felt men looked for in a mate. There was no need for her to hide her love for makeup, YouTube videos, or her TicTok feeds, out of fear that she’d be judged as materialistic or superficial. When it came to the guy, the girl just felt right. As right as simply coming home to her already made bed with the turquoise sheets that she loved so much, specifically from Target. As right as eating two slices of chocolate cake on a Tuesday evening after chips and guac from Chipotle, then calling it a night. And as right as a lack of confusion inside of her in the moment.

“I talked to my therapist today,” the girl finally spoke before she could think. She bit her tongue.

The girl didn’t speak now. She was not a good liar. Improvising would prove awkward and disjointed.

“Only if you want to,” encouraged the man.

The girl found him thoughtful and simply delightful.

“We talked about you.”

The girl laughed. The first time the guy had said this, it shocked the girl. Among other things dealing with painting faces (i.e. makeup) and sketching, the girl had always considered herself a grammar police. And words meant everything to her. And in her creative introverted mind, the girl had always read the word “face” as fah-say. Just as a joke more than in a literal sense. But she’d only done this ever in her head, fearing others would deem her geeky or weird. But just the other day, the man, upon wanting to video call, openly spoke the word, fah-say. In the girl’s mind, it had become their little thing.

“Sure,” answered the girl.

“Just sure?” said the man, jokingly. “Doesn’t sound too convincing.”

The girl’s phone lit up as the call abruptly ended.

The ringing tone of a FaceTime call rung replacing the prior; the guy’s photo lighting up the full screen of her iPhone. The girl had saved his picture from his dating profile onto his contact name in her phone specifically so she could see his smile flash up each time he called her. The girl didn’t know why she’d done this, but seeing his smile simply made her feel joyous, relieved, or without stress. The girl couldn’t really place the feeling. But quite simply, things just felt okay. The contact photo flashed for another two seconds. The girl’s lips curled into an easy smile.

“Aww, look at your cute fah-say,” said the guy.

The girl laughed again. She didn’t want to look directly at the screen, but she saw him. The guy wore the most romantic expression, one she could only describe as complete bliss. It warmed the girl’s heart to know that his smile was because of her. This was a thought and feeling she’d never felt before with anyone else.

“What about it?” the girl uttered.

“You look amazing,” said the guy. His smile was crooked and welcoming, kind and respectful. His left cheek more pronounced than the right; a crease formed there at an angle to the side of his nose, one that was absent on the right side. The girl found this most attractive. She restricted herself much from touching the screen to feed into her visualization of how that very right cheek must feel in between her thumb and pointer finger, as she’d kindly hold it there and pinch it a little.

“What are you thinkin?” asked the guy.

The guy chuckled, not shyly. “Well, your facial expression looked entranced and deep in thought. Your smile was gorgeous.”

The girl felt like a little bug that was lifted on a human finger and elevated to the skies for the world to see its glory. “Oh,” she said. That was all she could manage.

“Do you know what I see when I look at you?” asked the guy.

The girl looked straight at the screen now. “What?” she asked. 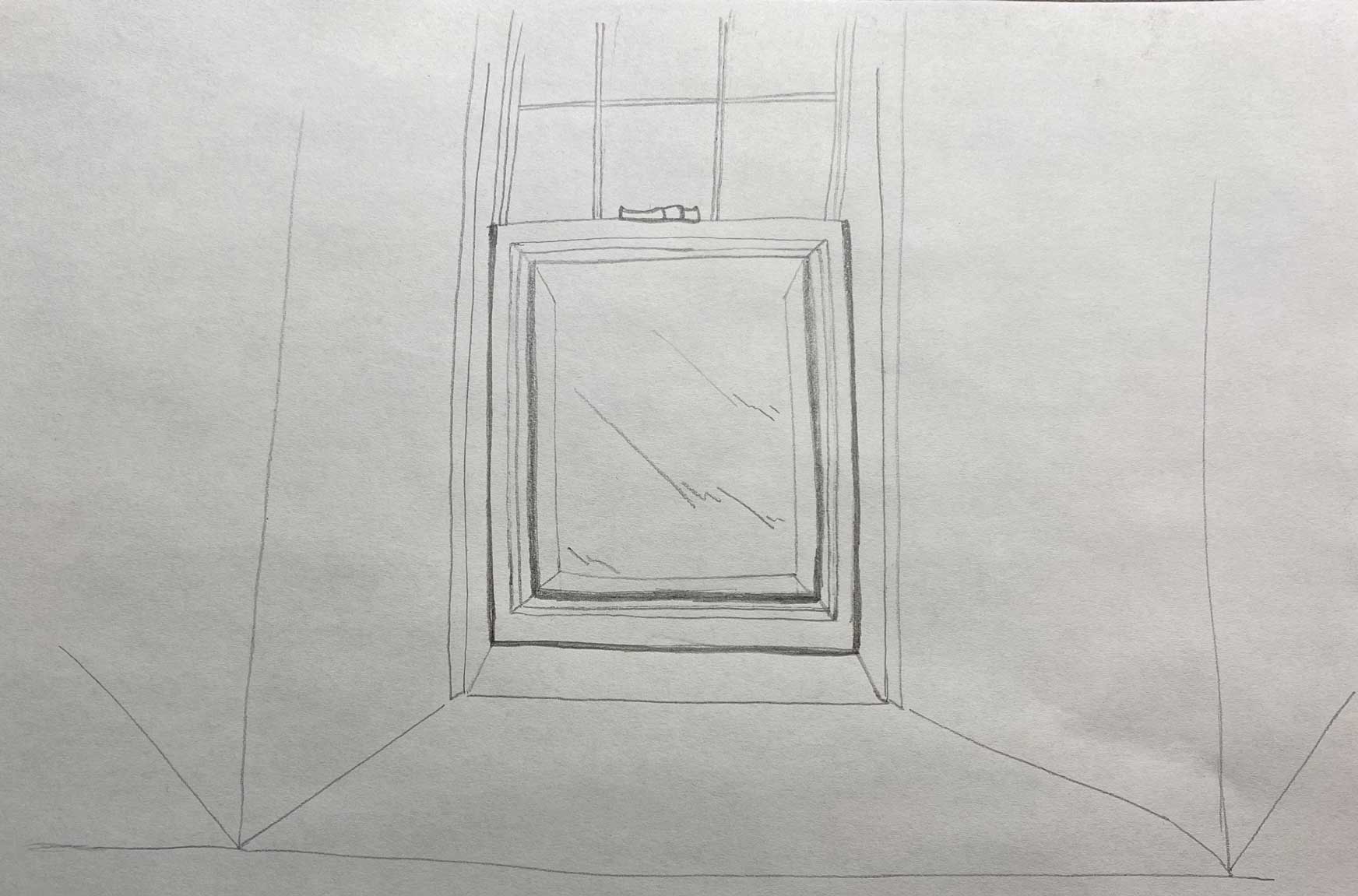 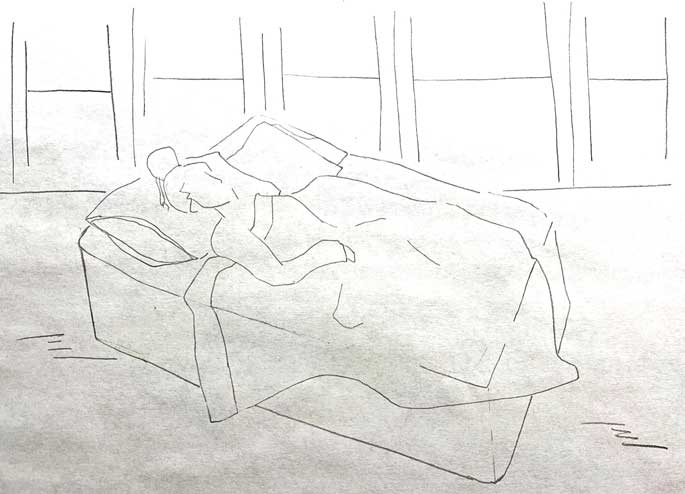