The Girl And The Restaurant

The girl pulled up her socks some more before entering through the restaurant door. Winter was starting to get to her. Her socks were Dollar Tree quality, threads porously woven into a thin sheath for her feet and ankles. The icy chill rode through those pores and up the girl’s legs and to her knees. The girl shuddered upon entering, the door slapping shut behind her with a high-pitched ding. The bar was dimly lit, booths were devoid of customers. Tables had been cleared out of the restaurant space toward the back wall, and all the dining chairs were flipped upside down, seats on table, as if restaurant hours were done. But it was only 5:00 PM on a December evening. During COVID time, no one was eating inside restaurants anymore.

“Hi, can I help you?” asked the bartender at the bar station. The girl hadn’t even noticed her standing there.

“I put in an order for pickup,” answered the girl.

The girl removed her phone from her hoodie pocket and it glowed. The girl showed it to the bartender. Her order number read in bolded black font.

“Just a moment, I’ll check and see if it’s ready.”

It was an All-American grill and bar. Ever since the girl moved out, she became more budget conscious and thus has cut back on her eating-out adventures. But this week had been particularly stressful, so the girl decided to give in to her cravings.

The smell of deep-fried fries and beef patties cooking on the grill danced into her nose. Though there were no customers before her, the wait was long. The moment stood still a little as the girl looked around the restaurant. Along the side of the booths was a red brick wall. It reminded the girl of the interior design show she used to watch; a major tip was to bring exterior design factors like brick walls inside to create a certain mood. The girl remembered that she’d, long ago, wanted to own a home, not rent. The girl’s lease briefly flashed in her head. Could she really rent her place for a full year? Or would it have been a better investment to save up for a down payment on an actual house that she could call her own?

“It’ll be another five minutes,” said the bartender, interrupting the girl’s thoughts.

The girl just nodded. The girl wasn’t annoyed and accepted that maybe waiting was her fate. Since the girl had turned to spirituality, she accepted many things as fate. It was easier on her mental health than to get upset or irritated, not that she often resorted to anger. Though, the girl did wonder, what could be the matter that would take them so long to cook up a burger and some fries? The girl had ordered online fifteen minutes ago.

Sometimes, the girl liked to think that moments of wait, like this one, was the Universe’s way of letting the girl slow down mentally, emotionally, or spiritually. And when it happened, the girl accepted that. The truth was, she had been feeling out of sorts lately. Kind of like, her life is moving too fast and she cannot keep her feet on the ground. It’s only been a few months since she’s been on her own, but it’s felt like half a year already. Days were long and nights cold. She missed her parents terribly, but couldn’t visit. The girl hadn’t spoken to them since before moving out. Her parents had been extremely upset with her decision to move out, so didn’t pay her any mind during her exit. Her mother didn’t even offer any of her dishes, spoons, and forks that she often gifted to her siblings when they moved away. It was something little her mother liked to do for those who are starting fresh. But the girl guessed, in her mother’s eyes, the girl’s move was not a starting-fresh move but, in her mother’s words, “taking ten steps backward in life.” It didn’t sadden the girl to hear that; she didn’t expect her parents to understand, but what she’d hoped for at least was for them to still love her. The day she left, her dad made an effort not to be home. Probably out of disappointment for the girl more than resentment. The girl still felt sad all the same.

“Alright! You’re all set!” The bartender handed a large white bag to the girl across the bar. On it was the girl’s name written in large Sharpie marker letters across the top. The girl hadn’t even noticed when the bartender had fetched the food. It didn’t seem like such a long wait after all.

“Thank you,” said the girl, in a kind soft tone. The girl always made sure she exhibited this behavior. She liked treating people well, though sometimes, the thought of doing so did make her sick. If the girl was honest, it wasn’t always genuine. And the girl was all about genuine. Though what the girl was more about was her image and making people like her. It was the Hmong in her.

The girl cringed at her words. You’re welcome was a phrase the girl didn’t like. It acknowledged that someone did something nice for another, when niceness should just be a given, normal behavior. Sometimes if the girl thought about it too long, she got sick with how much negative energy and unkindness there was in the world. It made the girl’s stomach turn and her fingers itch. Sometimes she even became nauseated.

The girl finally made it home. She set her food on her kitchen counter as she stored away her bag and hoodie by the front door. She relieved herself in the loo and washed her hands nicely before sitting. The girl’s thumb burned as she swiped a matchstick onto the bronze line on her matchbook to quickly light a candle. Then started eating.

The brioche bun, glazed at the top, had condensation droplets on it, from the top of the foam food box, but the burger was still warm to touch, the thick slice of American cheese finely melted on the patty. The fries were wilted; just how the girl liked them, and the quarter slice of pickle on the side was not too wet and didn’t drip of green juice. The girl was grateful for her meal.

The girl’s teeth sunk into the burger. Her tongue sang an operatic tune. The girl remembered to breathe.

This reminded the girl of her youth. The girl had always loved hamburgers and fries. When she was little, she’d crave them so much. Burgers and fries were a novelty in her home. The girl had thought that such food only existed at McDonalds and periodically in school lunches. There was so little that the girl knew of at the time. Her parents were immigrants and didn’t know to teach her either. The girl’s heart warmed at the memory of her youth. Her nose suddenly tingled and her eyes stung.

The girl picked up her phone. The girl took one deep breath and dialed her mom’s number. 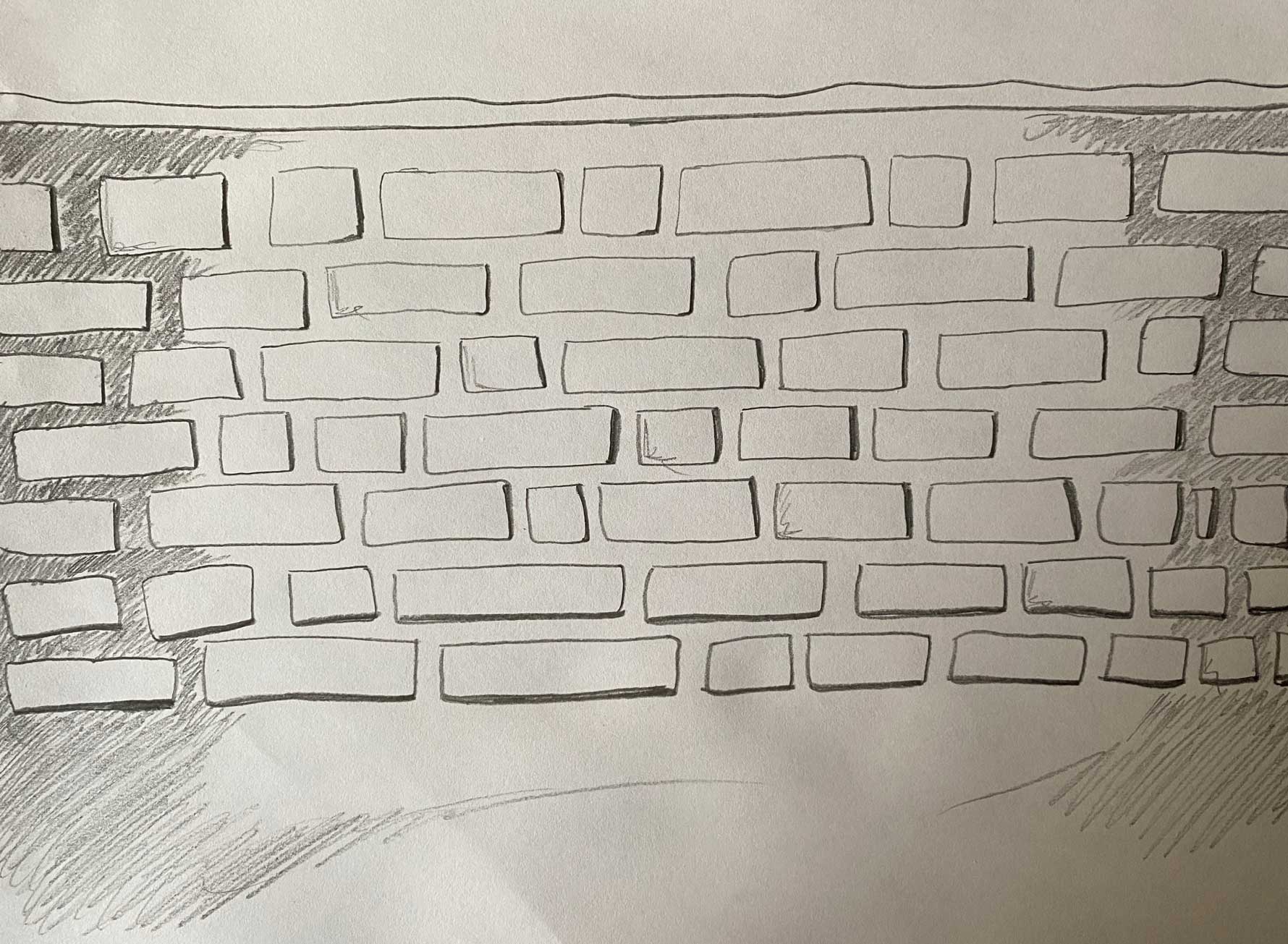 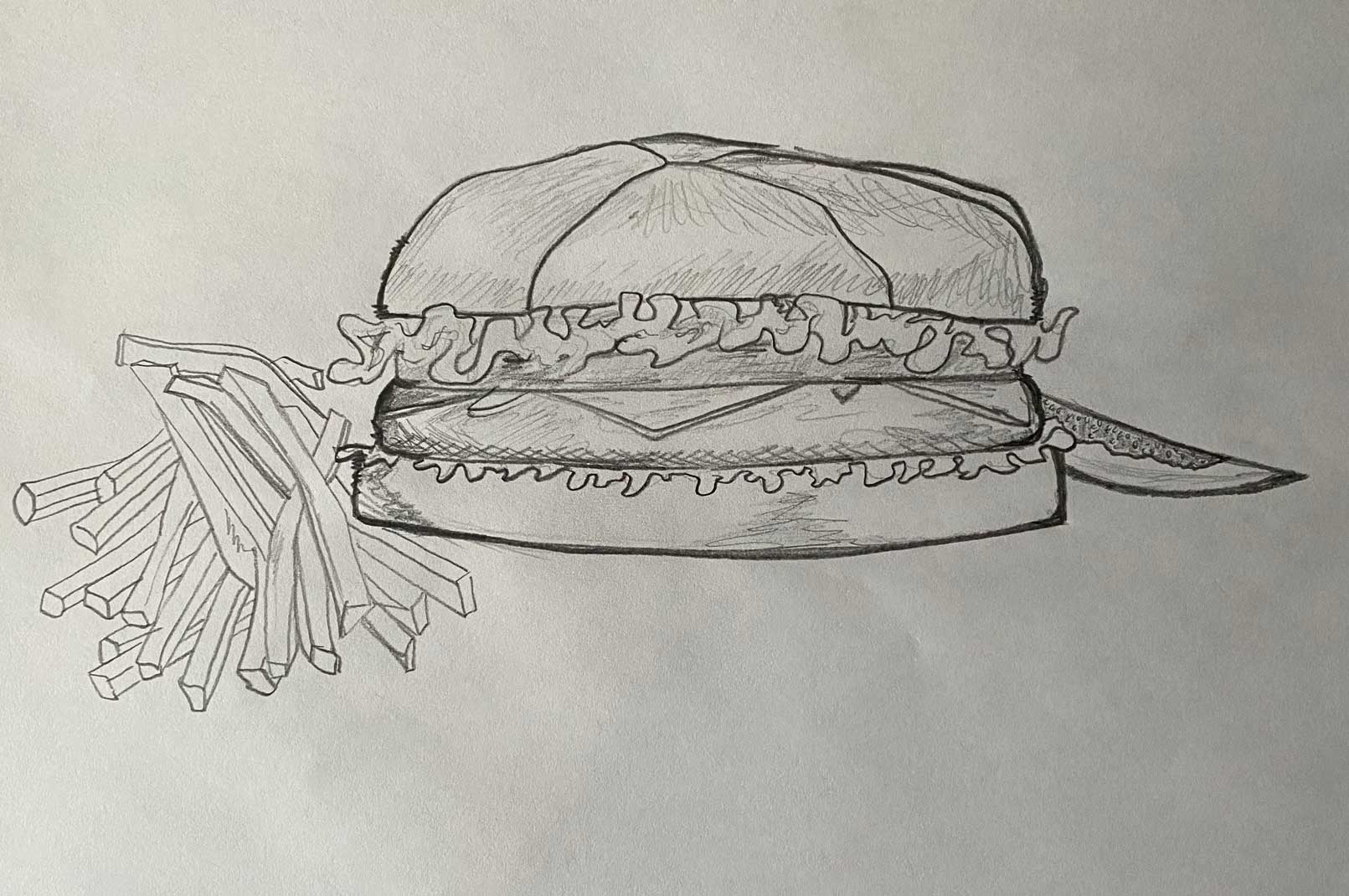