The Elusive Doctorate Degree: If I Can Do It You Can Too

I transformed from a boy climbing to the top of the tallest tree in a small village back in Laos, wondering what all those glittery things in the night sky were, to now being able to answer my own wonderings through my own research and explorative expertise as a doctoral graduate. Through overcoming my fears, distrusts, and reaffirming my belief in my own capacity, I finally reached the panicle many Hmong only dreamed of doing. In my achievement, I like to think that I am one of the poster childs of, “If I can do it, you can too.”

Most people think that doctorate degrees can only be achieved by super intelligent and high IQ individuals. I beg to differ. I came from a family that did not have doctorate graduates until a few years ago. Largely, a lack of higher degree seeking in my family may not have been impacted by the difficulty of doctorate programs, but rather a lack of intrinsic motivation to have such a fulfillment vision. Even that didn’t stop me. Not having money did not stop me. Having no help at all from other Hmong doctorates did not stop me. Doing a doctorate in your native language would be hard enough let alone doing it in a second language where the language has so many rules and so many exceptions to the rules. You have to take a comprehensive exam to even qualify to move on to the dissertation process, which was grueling. That didn’t stop me either. So what helped me complete my goal of a doctorate degree? PERSISTANCE!

In the end, it wasn’t that I wasn’t smart enough. It wasn’t that I didn’t have money. It wasn’t that I was all alone and those who came before me did not lend me a hand. In the end, it was good old persistence and the refusal to accept failure. I started my doctorate in organization leadership in 2012 and finally finished August of 2018. The course work was the easiest part and I breezed through in two years. The following four years were the most difficult. It was difficult not because it was too hard, but because no one in my family has ever gone through it and they could not provide any advice. Even other Hmong doctorates that I reached out to gave me no assistance. It didn’t matter though. I found my own ways.

I know I’m not the smartest person. Sure, I had to take thousands of dollars in loans. I never stopped asking for help in the face of many people who refused to lend a hand. The reason families with higher education have higher success rate is because often, they have people who have been through it. Kind of like when you explore a brand new land and you record the paths to get through the wilderness with as little jeopardy as possible, your family is more likely to use the map to achieve a higher success rate of making it to the other side. I had no map and I probably fell into every nook and cranny, but I never gave up. I never stopped looking at the dim light at the end of the tunnel.

With persistence and will anything is possible. If I can and do it, you can too. And you know what; I will lend a hand if you ask me. I know how to avoid some of those nooks crannies now. 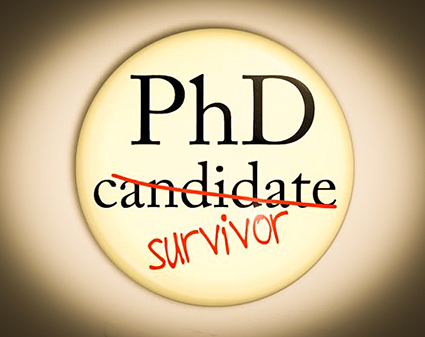