The Diverse Elders Coalition (DEC), condemns the continued and heightened attacks on people of Asian descent living in the United States, including elders. “The attack on three Asian American businesses and the murder of 8 people in Georgia is heartbreakingly unsurprising, given the hateful and fallacious rhetoric tying Asian Americans to the spread of COVID-19. Hate, xenophobia, and racism have hurt all of the DEC’s communities, from violent attacks, to deportations, to measurable health disparities that are exacerbated by the pandemic.” We are heartbroken to see this violence against the Asian American community, and we are continuing to monitor the impacts of racism, discrimination, and hate on all of our communities.

In January, with support from the National Institute on Aging of the National Institutes of Health and in partnership with 13 community-based organizations, 9 co-investigators and research analysts, the COVID-19 Effects on the Mental and Physical Health of Asian Americans & Pacific Islanders Survey Study (COMPASS) revealed staggering COVID-19 related discrimination findings impacting our communities. “Just in the past 6 months alone, 3 in 5 of the 5,242 Asian American and Pacific Islander survey respondents have experienced discrimination based on their race and ethnicity. 59% of those who strongly/somewhat agree that the COVID-19 pandemic is affecting AAPIs believe that the country has become more dangerous for their ethnic group,” said Joon Bang, President & CEO of DEC member organization the National Asian Pacific Center on Aging (NAPCA) and Co-Investigator on COMPASS.

This data is consistent with Stop AAPI Hate’s recently released report, citing 3,795 reported hate incidences since March 2020. While verbal harassment (68.1%) and shunning (20.5%) are the two most commonly reported types of discrimination experienced, the reports of physical assault in Stop AAPI Hate’s findings show that the recent shooting in Atlanta are part of a national trend in anti-Asian violence. We also recognize that anti-Asian hate incidences are likely underreported, especially amongst Asian American elders.

“Our hearts ache from these acts of hate, gun violence, state violence, misogyny, and domestic white terrorism. In the last year, we’ve seen attacks against Asian Americans skyrocket for those of all ages from youth to elders.  What happened in Atlanta is just one example of the rise of violence against Asian women, many of whom work in frontline and service sector industries,” said Quyen Dinh, executive director of the Southeast Asia Resource Action Center (SEARAC), another organizational member of the DEC. “Our elected officials must address the xenophobia and fear-mongering of Asian Americans that have been a constant throughout US history. They must take swift action to uproot racist institutions and systems that continue to target those most vulnerable. For these impacted families and for so many others who’ve suffered harm and trauma, we demand immediate and long-term investment into community-centered solutions for safety and healing.”

Founded in 2010, the Diverse Elders Coalition advocates for policies and programs that improve aging in American Indian and Alaska Native communities; Asian American, Pacific Islander, and Native Hawaiian communities; Black and African American communities; Hispanic and Latino communities; and lesbian, gay, bisexual, and/or transgender (LGBT) communities. We have come together to promote policy changes and programmatic solutions that respond to this demographic shift and will remove the barriers facing our communities. We envision a world where all older adults can live full and active lives as they age. 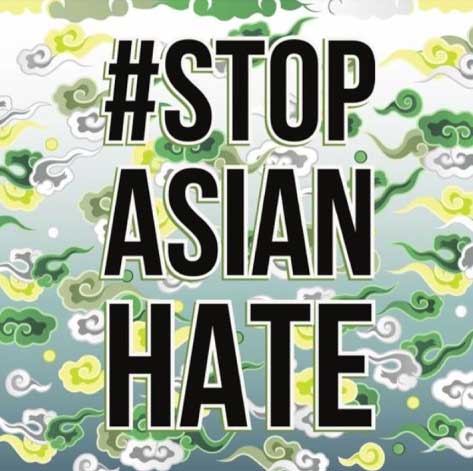