Mai* and her husband Pheng* legally immigrated to the U.S. from Thailand in 2005 in a desperate attempt to improve their lives. After settling in Saint Paul with their four children, the couple learned about HAP’s job training services and enrolled in the organization’s 13-week soldering program. They were eager to join the workforce and become contributing members of society.

The couple poured themselves into training to obtain all three soldering certificates offered by HAP. They knew the extensive training would lead to higher pay and greater stability, even if it meant going without work during the training period. To help support the family during their transition, HAP helped the family enroll in the Supplemental Nutrition Assistance Program (SNAP) and helped the couple apply for citizenship so they could qualify for the highest paying soldering jobs.

Mai and Pheng are just two the hundreds of clients HAP enrolls in SNAP each year to prevent food scarcity as they pursue job training. But the couple – and millions of other immigrant households – could soon lose these vital benefits when the Department of Homeland Security’s newly amended “public charge” rule goes into effect October 15.

The new rule gives DHS the authority to deny green cards and visas to immigrants who use, or are expected to use, at least one local, state, and federal “noncash” benefit such as SNAP, Medicaid, and housing vouchers and subsidies for more than 12 months within a 36-month period. Previously, the rule applied only to immigrants who received public cash benefits for income maintenance through programs such as Temporary Assistance for Needy Families (TANF) and Supplemental Security Income (SSI).

According to the Federal Register, the rule does not apply to refugees, asylum seekers, military members, and children and pregnant women. Additionally, the rule does not ban immigrants with pending legal status from applying for or receiving public assistance. However, those who do so will be deemed “inadmissible” for legal status in the United States.

The forthcoming change, which was first announced by the Trump administration in October 2018, has already begun discouraging immigrants from applying for public assistance. The Migration Policy Institute (MPI) found that the rule could cause as many as 23 million noncitizens and citizens in immigrant families to not enroll or disenroll in public benefits programs, with the largest impact on Latino and Asian American/Pacific Islander households. MPI further noted that the chilling effects “are likely to be felt most broadly in states with large immigrant populations and those with relatively inclusive public benefit policies,” such as Minnesota.

The new rule will also have a negative impact on HAP and many of its noncitizen immigrant clients who receive assistance through SNAP, Medicaid, and housing subsidies. Many immigrant households have been through traumatic, and often tragic, experiences in their journeys to the U.S. Making it harder for them to access benefits to achieve safety and stability will undermine local communities’ growth and progress.

Minnesota Attorney General Keith Ellison told MPR News that the change won’t just hurt immigrants; “it will be a burden on and hurt every one of us in the long run.” Immigrants are also essential to helping Minnesota meet its need for workers in the coming years. According to Minnesota Compass, a nonpartisan research project, the state will need approximately 3.2 million new workers by 2022 “to keep pace with historic rates of economic growth statewide.”

After months of hard work, Mai and Pheng both completed their soldering training. More importantly, Mai became a U.S. citizen and is exempted from the public charge rule. Her husband, however, is still awaiting legal status. As the couple seeks to put their new training to work, Pheng will face a tough choice come October 15: Continue to receive SNAP benefits to stave off food scarcity for his family or give up those benefits to become a legal, if not hungry, citizen.

Please note: If you or someone you know is applying for a green card, you are encouraged you to connect with immigrant legal services. The Immigrant Law Center of Minnesota 651-641-1011 and Mid-Minnesota Legal Aid 1-800-292-4150 can answer questions and concerns.

*Names have been changed to protect the identities of the clients. 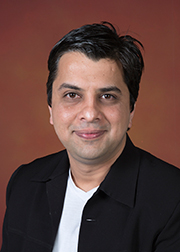 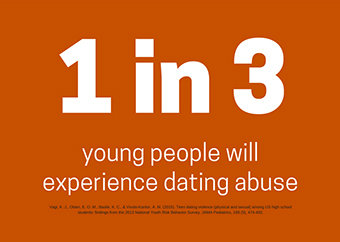