This book is made possible by Minnesota Humanities Center Legacy Cultural Heritage & Identity Grant, Hmong Archives Wat Thamkrabok Collections, and Hmong Educational Resources Publisher. We would like to dedicate this book to all of the Hmong who have lived in Wat Thamkrabok and are now scattered around the world. We dedicate this book as a memory of good and bad times together.

Like many other Hmong children in a traditional Hmong family, we often were told by our parents and grandparents that the Hmong history is like a broken mirror because it is not exactly known where our ancestors came from, and it is near impossible to go back in time to put all the shattered pieces together to figure out the roots of Hmong ancestry. Stories passed down from generation to generation through word of mouth, that our people had lived in China for thousands of years where the Chinese would call us “Miao,” or classified as “Miao” group, which includes Hmong, Kho Xiong, Hmu, and A Hmao. During those days, Hmong usually lived peacefully and independently in the mountains where families engaged in farming, gathering, and hunting. During this time, the majority of Hmong were animists and believed in shamanism, a belief that all living things have souls and spirits, and all things in this world are interconnected. Therefore, Hmong preferred to avoid war with anyone and worked toward living in peace within their family and village. Given that Hmong were a minority group in China, the Chinese sought to control the Hmong land and wanted the Hmong people to assimilate and live under Chinese rule.  However, Hmong people stood their ground and fought against this oppression. Hmong and expanding Chinese were at war with one another for more than 3,000 years until the Chinese defeated the last Hmong uprising in 1870. After losing the war, some of the Hmong then escaped southward to Southeast Asia and joined the earlier settlements in the remote highlands of Vietnam, Laos, and Thailand.

Continuing our traditional way of life as a hunting and farming society, our ancestors in Laos lived in autonomous villages scattered through remote mountains, valleys, and ridges with their clan family (kwv tij), and practiced slash-and-burn agriculture, planting rice, corn, and vegetables, and raising livestock: chickens, pigs, cows, buffalos, horses, goats, and sheep. Except for Pa Chay’s Madman’s War in 1918-1921, Hmong people did not encounter any major war after they escaped from China, until the Vietnam War, known as the “Secret War” to the Hmong, between 1963-1975. In support of non-communists and the Laotian Army’s efforts to keep the country out of the hands of the Pathet Lao, the United States supplied the Royalists with arms and personnel. It was during this time that Hmong were recruited by the Central Intelligence Agency (CIA) to gather information about the North Vietnamese movements in the country. Under the leadership of Hmong officer, Major General Vang Pao, Hmong men, women, and young boys were used in rescuing downed American pilots, cutting off supplies to the communists on the Ho Chi Minh Trail, flying combat missions, and fighting the ground war.

When the United States withdrew from the Vietnam War in May 1975, the communists gained complete control of Laos.  It was during this month that Major General Vang Pao was evacuated by air to Thailand while thousands of Hmong were left behind.  Hmong people became the target of violent reprisals from the new government. Fearing for their lives and to save their families, tens of thousands of Hmong fled across the Mekong River to seek refuge in Thailand in Ban Vinai and other refugee camps. It was estimated that around 30,000 to 40,000 Hmong died during the Vietnam War. After waiting in Thai refugee camps, the Hmong people received refugee status from the United Nations and were allowed to relocate to other countries, especially the United States, France, Australia, Canada, New Zealand, and West Germany.

I was born in Ban Vinai Refugee Camp in Thailand in 1983. My parents and three older sisters settled in the camp eight years before I was born. Sometime in the early 1980’s, many Hmong families who resettled in the United Stated sent a voice cassette tape to the camp and informed the remaining families about nyav (monsters) in America – that White people were monsters and ate people. These rumors scared many Hmong parents and elders. My father was the oldest son and the caretaker of his siblings after my grandfather passed away in Laos during the war. He and his three younger brothers did not like what they heard from the cassette tapes about nyav and additional information about the disfunction of new Hmong American families and family values in America. The brothers decided that it would be best to escape Ban Vinai Camp to Wat Thamkrabok, a Buddhist temple located in the Phra Phutthabat District of Saraburi Province. The uncles’ families and my father’s family, along with several other Hmong families, were the first group to settle in Wat Thambrabok. When arrived, we lived among numbers of people with drug addiction who were seeking treatment and/or rehab in the Wat.

As a child growing up in Wat Thamkrabok, I remembered running around on the second floor of the white cement building, tsev dawb. I remembered playing cops and robbers with other Hmong kids around my age, and we chased each other up and down the stairs from floor to floor. Sometime my friends and I snuck outside the building and played marble games on the dirt floor at the corner of the tsev dawb. My family shared a small unit with another Hmong family in the building. The rest of the residents shared the same bathroom, only divided by gender for showering. As time passed by, more Hmong families slowly escaped from Ban Vinai and other places into Wat Thamkrabok, raising the population to 30,000. Half of us resettled in the United States between 2004 and 2006, while the rest scattered into the Thai landscape.

As refugee children, those who were old enough to help their parents, would either work at a small vegetable garden close by the tsev dawb with their parents (mostly girls and mothers), or help their parents clean and sweep around the temple. The men usually tried to find work outside of the Wat to bring additional income to help their family. Older boys and young men, if their parents had the money, got to attend Thai schools during the weekday. On the weekend, we were always excited and lined up in the hallway to watch Thai Boran Lakorn dramas in a crowded room where someone had a small television.

These memories from Wat Thamkrabok are a record of trials, experiences, and places that many of our Hmong children, parents, and beloved family members have lived through. Sometimes we would never know the true value of a moment until it becomes a memory of our life. Life brings joy, smiles, tears, and memories; thus, the tears dry and the smiles fade, but the joys of our past memories remain forever in our heart. As you page through this book, I hope these remarkable photos will remind you of the memories we have shared and made along our journey with the people we love, this place we have been, and the joy and tears we have not unforgotten – this was once sunrise over Wat Thamkrabok. 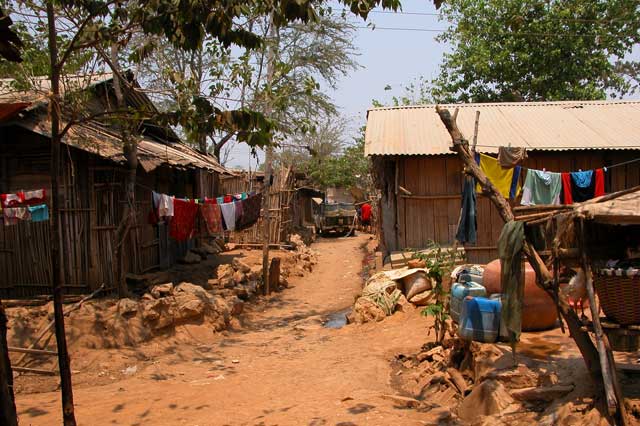 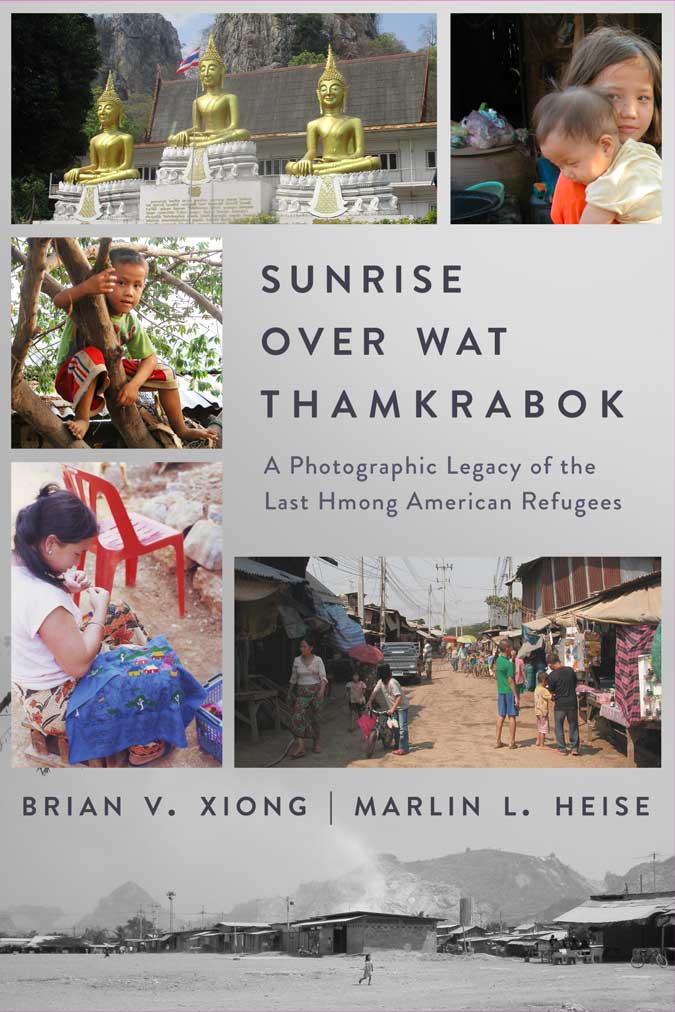