Created and Produced by Brad Barber (co-director/producer of the award-winning feature documentary Peace Officer), States of America is a new IFP supported documentary shorts series featuring one person in each of the 50 United States.

What is it that connects us to the state we call home in the United States? How does place affect who we are and how we identify ourselves? In an increasingly fragmented nation, where belonging and heritage are either celebrated or suspect, States Of America asks these questions through the lens of 50 short, lyrical documentaries. Each features one person in every state of the Union as they explore a sense of connection to their place in America’s famously emerging identity. Every month a new state episode is released on the website StatesFilms.com and on the States of America Facebook page.

While the films are portraits of distinct people and landscapes across the United States, ultimately a mosaic emerges of what Americans have in common during a divisive and divided time, as they show how each person finds a sense of belonging where they live.

Several months ago their episode was set in Wisconsin. This piece chronicles the experience of an incredible Hmong woman from Wisconsin whose experience is particularly impactful, here’s a synopsis from that episode:

Xong was born in a Hmong refugee camp in Thailand but moved to Wisconsin as a child after her family couldn’t safely return to Laos following the Vietnam War. There she grew up as part of a large influx of twice dislocated Hmong refugees who were not always welcomed with open arms in the small city of LaCrosse. Despite her experiences with racism, poor integration, and detachment from her own culture, Xong is determined to help the younger generation born in America stay connected. 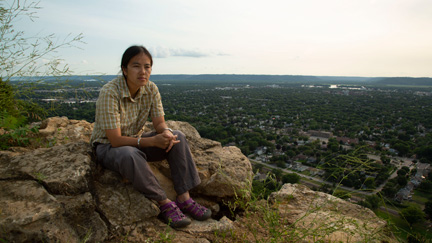 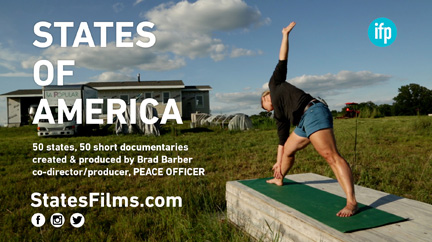