One afternoon a few years back, Roseann Schauer looked out a window. She lived in the park residence at Father Hennepin State Park, and in the yard were a 10-point white albino buck, an albino doe, and an albino white fawn.

What were the odds of three albino deer in the same place at the same time? Nearly all online wildlife sources claim the odds of seeing a single albino deer are one in 30,000. At that time, Schauer was the assistant park supervisor at Father Hennepin State Park, home to a few albino deer. She said that park visitors got excited about seeing any deer, but when they saw a white deer, they stopped into the park office to ask if anyone knew that white deer resided at the park.

“The COVID pandemic brought new park visitors, but not a massive overflow,” Schauer said. More campers arrived, cleaning chores increased, and the nature store sales operation changed so merchandise could be sold through a window. Sales were down by about half from 2019, and some park visitors were disappointed that they couldn’t shop inside, but everyone just made do.

You get the sense that Schauer has always gone with the flow, doing all possible to enhance the visitor experience. Sometimes a natural disaster dramatically changes a park’s operations, like in 2018 when ten inches of hard rain severely damaged the Lake Shetek causeway. The lake rose by five feet, completely flooded the boat landing and washed-out roads and campground parking spurs.

That was three years ago and the full restoration, paid in part with Federal Emergency Management Agency funds, aren’t finished. Schauer said that if she had an unlimited budget and unlimited time, the causeway would be fully restored, the park’s 1930’s stone beach house would be restored, and the park would have a seasonal interpretive naturalist.

It was a naturalist who first sparked Schauer’s interest in work outdoors. The legendary Bill Bolin, Lake Shetek State Park naturalist for many years, was also a sixth-grade teacher in the local school district.

“Bill was an inspiration to a lot of people,” she said. Bolin showed Schauer that she could both teach –as a naturalist — and do so while being outdoors.  Her exposure to outdoor recreation started when her family, she was the oldest of five children, camped in state parks with their parents on weekends.

“Mom took us camping and it opened my eyes to what I could do,” she said. “I never considered anything else.”

While considering colleges, she visited the “farm campus” of the University of Minnesota, enrolled, and received a B.S. in recreation resource management.

Whether working the counter or teaching a naturalist course, Schauer enjoys connecting with the public. A favorite part of the job has always been figuring out what visitors want or need, and delivering. “It’s a beneficial skill to a park manager,” she said

One day at Father Hennepin State Park a man came into the office and asked if he could just drive through the park quick. He wanted to see one of those white deer. Schauer said “Sure.”

So former Vikings defensive end Bob Lurtsema got into his vehicle, and drove off in search of rare, wild beauty.

And Schauer returned to the counter, waiting for the next visitor who might need something. 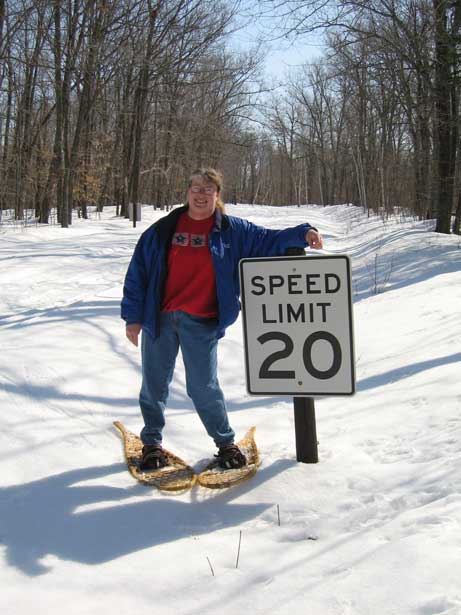