During the two-year COVID pause, the Minnesota State Fair Department of Natural Resource building at the southwest corner of Carnes Ave. and Nelson St. remained closed. This year for the August 25 – September 5, 2022 run of the fair, the building will be open.

“We’ve reopened for business,” said Dawn Bahajak, the DNR staffer who oversees the DNR’s state fair participation. Typically, 300 employees become involved with fair preparation which kicked off this year with planning meetings in January. Early in the process on-stage entertainers and contractors are hired.

In the weeks before the fair, Fish and Wildlife Division staff catch as many as 1500 fish for the “fish dump” into the fishpond; other employees from the Forestry or Parks and Trails divisions prepare new exhibits or spruce up the old ones, or prepare for fish and deer license sales, or clear away brush and wipe off dust, or prepare brochures, or clean the huge fish tanks and fishpond, or research and write informational public lectures.

In addition to the DNR employees who keep busy, more than 500 volunteers help each fair season, Bahajak said. Some volunteers are master wildlife naturalists who answer questions from the public; some act as greeters, others don the Smokey Bear costume and become a fire-prevention mascot.

The week before the state fair opens, DNR parks and trail staff cut back shrubs, trimmed low tree branches, cleared away walking paths and installed new signs. Fish and Wildlife staff checked the well and installed speakers near the fishpond. The noise from power drills rose from the DNR area, and from nearby places of business. A food services semi was parked just outside the turkey food stand behind the DNR building; women opened and cleaned a nearby Mexican food stand. Vehicles moved up and down the state fair streets; traffic into and out of the Como Ave. entrance was steady.

The busyness in that location is long-standing since the DNR building was erected in 1934 as a Civilian Conservation Corps project. At that time, gate admission was 25 cents. Since then, millions of visitors have passed through the entrance gates. The DNR building and surrounding park area are visited by about 500,000 people each year. “The fishpond with its seven daily lectures is a big draw,” said Jeff Ledermann, Fish and Wildlife Education and Skills Team Supervisor. “We get up to 25,000 people each year who come by to hear the talks,” he said.

Traditionally the lecture series starts with a talk from Kao Thao, an interpretive naturalist from Fort Snelling State Park who has been speaking at the fishpond for more than 20 years. At 9:45 a.m. on Aug. 25 Thao will talk generally about fishing in Minnesota and will then focus on species in the pond.

“If a lake sturgeon swims by, I’ll describe how long it lives, that it is an ancient species, and I’ll describe other large species,” he said. The pond will be loaded with as many as 1,500 fish on Aug. 24, 2022. That encompasses about 40 different species of fish, from tiny minnows to the 40-pound lake sturgeon. Publications with translations of Minnesota fishing regulations, including a Hmong translation, are available at the information table on the north side of the DNR building.

Ledermann said that planning for the fishpond starts two to three months before the fair, which means, among other tasks, determining which staff members will be assigned to the seven talks that occur each day of the fair. The 15-minute mini-lectures at the fishpond take place each day at 45 minutes past the hour starting at 9:45 a.m. and going until 4 p.m. Topics might include fish management, fish biology, fishing tips, and information of what is in the fishpond that year. A live webcam captures the fish underwater, and can be seen at https://www.dnr.state.mn.us/statefair/webcam/fish.htm

The Parks and Trails Division returns with a kayak and water trail display, an ATV display that includes two ATVs, activities organized by park interpretive naturalists, and the opportunity to hike the one-tenth-mile “Loon State Trail.” 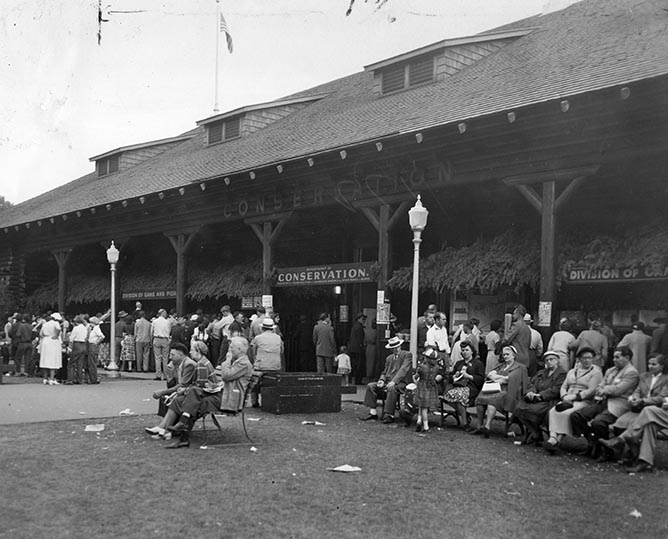 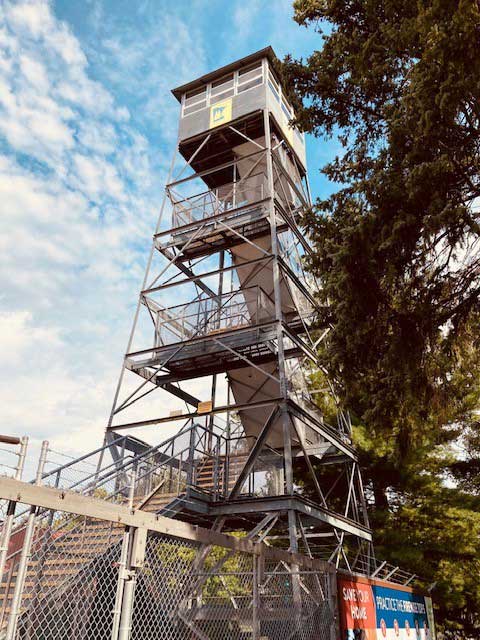 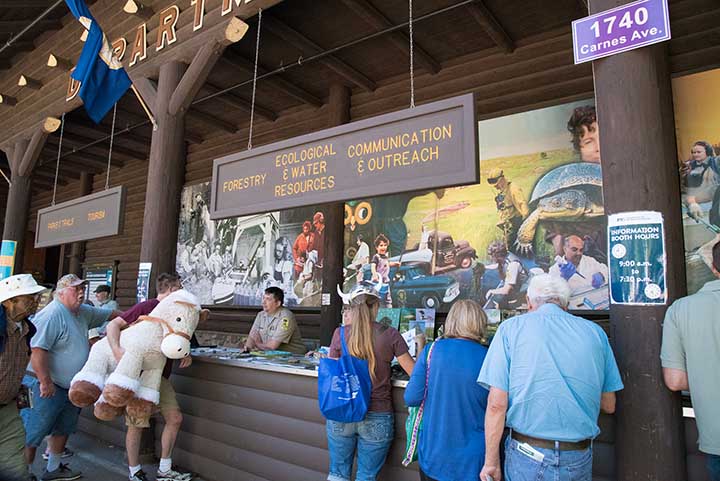