Hmong-American teen Chuejee Thao, 17, has been missing since Monday, the 15th of April.

Thao was last seen around 2:30 p.m. Monday, getting off a school bus at the intersection of Livingston Avenue and Isabel Street East in West St. Paul. He is described by family members as being 5’6″-5’7″, 120 pounds, with brown hair and eyes. Thao, a junior at Highland Park High School, was reportedly wearing a green hooded sweatshirt, dark jeans, and may have been carrying a black satchel or messenger bag at the time. So far, authorities have been only able to find footage of Thao getting off the bus and heading towards Robert Street.

“Right now we are so desperate to find my little brother. He’s been missing since Monday. We are all so worried and have had no lead or trace on him. This is unusual behavior for him to disappear,” said Pa Kou Thao, Thao’s sister. “Please help us find him and spread the word.”

St. Paul Police request anyone who has seen Thao or has information about his whereabouts to call them at 651-291-1111.

Speaking to the Pioneer Press, St. Paul police spokesman Steve Linders said, “It’s out of character for him to not check in with his family, to not come home after school and he left some personal items at home he usually carries with him, so everyone’s really concerned about his well being.” 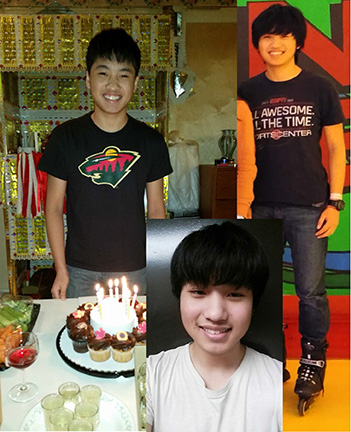