Nearly a decade ago Asian American Press interviewed an up and coming attorney, Sophia Vuelo, who at that time had been practicing law in the public sector for over a decade and was starting her own law firm, Vuelo Law Firm. She said at the time, “I was fortunate to be young when we came to the U.S. and I got a full K-12 education in this country.”

Growing up in Eau Claire helped give her the tools to combat racism. “I felt accepted and transitioned well,” she said. “I believe in the power of getting to know each other as individuals, and then once that is done, the racial stereotypes will erode naturally… once people look beyond racial and economic differences they will find shared values.”

Vuelo felt, “The U.S. legal system was a tremendous tool for social justice, and that it can transform the social and political status of an entire group of people.”

She has now been practicing law for over 20 years. “I have always had an interest in doing what is best for the public good, what will help enhance the lives of the people in our community,” she continued saying that she considers herself a civil rights attorney at heart, whether she works as a prosecutor or defense attorney. She has worked with Ramsey County as both a prosecutor and public defender.

She said that she feels that more diversity among the attorneys, judges, probation officers, and law enforcement who work in the criminal justice system will make for a more equitable system. Now she is part of that solution. Governor Mark Dayton named Sophia Vuelo to the Ramsey County District Court bench on November 30. The position was open because the previous judge retired.

“This is a monumental occasion for the state of Minnesota, the judicial branch, and the Hmong-American community in Minnesota and around the country,” said state Rep. Fue Lee, DFL-Minneapolis. 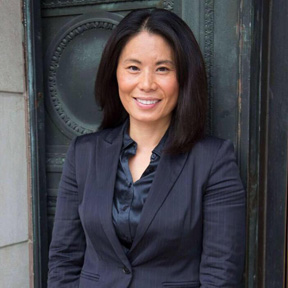