In his new role, Chy Nou will lead the office’s commitment to restore youth crime prevention programs that were eliminated. He will also work with his former teacher and wrestling coach, Roy Magnuson, who will serve as Public Information Officer, to implement new programs and services for youth. Starting in 2019, the Sheriff’s Office will once again partner with schools, parents, and community organizations (including recreational centers, nonprofits, and the faith community) to deliver prevention, early intervention, and educational programs aimed at serving and supporting at-risk youth.

“A big part of public safety is community building,” said Lee. “That starts with building on the greatness in the community that is already there. I am looking forward to helping others and to providing opportunities.”

Lee has worked for the Sheriff’s Office since 2001. He has held the positions of Community Service Officer (CSO) and Deputy Sheriff. As a CSO, he organized activities for at-risk youth in public housing communities and served as the lead Program Coordinator for the Sheriff’s Office literacy programs. In his current role as a Deputy Sheriff, he is an Investigator in Electronic Crimes and previously served in court security, information technology, the Adult Detention Center, and water patrol. He also serves as a Hmong interpreter. Lee is the first person of Hmong descent to serve as an Inspector in the Sheriff’s Office. He is also the first Hmong American to serve on a senior leadership team of a law enforcement agency in Minnesota.

“There is no substitute for real life experience. Chy Nou understands what it takes to help kids succeed,” said Fletcher. “I am very proud to have him on our team.”

Lee’s family immigrated as refugees to the United States following the Vietnam War. His father was a member of the SGU (Special Guerilla Unit), who supported the United States during the war. Finding their new home in Minnesota, the Lee’s resettled in public housing in St. Paul with their children growing up in McDonough Homes and Mt. Airy. Lee was born and raised in Ramsey County; he is one of eight children. As a child, he participated in Sheriff’s Office youth programming opportunities and became an Eagle Scout. Lee is married with three children.

Lee’s family story epitomizes the Hmong immigrant experience at its best. From the secret war in Laos, to the camps in Thailand, to the winters of Saint Paul where schools, social services, religious agencies, and outreach programs for youth helped Lee and others find a niche in America and create what is ultimately a new identity – Hmong American.

“Outreach programs worked for Lee and will work for today’s youth when those programs provide opportunities for friendship, support, and growth,” concluded Fletcher. 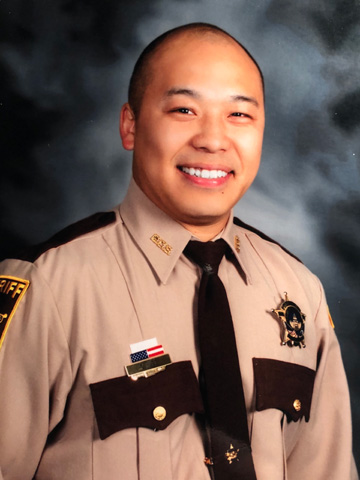 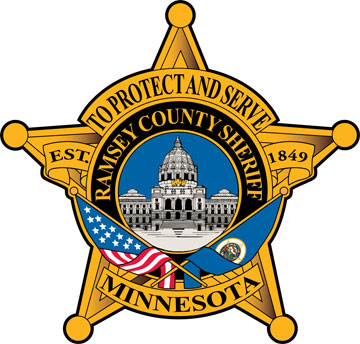