Saymoukda Vongsay does not consider herself a musician. She said, “I know to stay in my lane.” But she does like a handful of musicals, though she is picky.

She was born in the Nongkhai refugee camp and immigrated to Minnesota in 1984. She recalls, “I grew up like most 1st generation Laotians where I had questions about the circumstances that brought us to America. My parents would recall the past in snippets, never full stories, and so a lot of times I had to imagine these stories through poetry and in my other writings.”

She went on to say, “I like hearing stories about life in the refugee camps. A lot of ingenuity, invention, and refugee life hacks happened in those camps. I have zero memory of Nongkhai, but I’m lucky that my parents were able to have photographs from those years. I flip through our family album and I conjure imagined memories. Sometimes the background of these photos told stories, too. You could see that even after all that they’ve been through – a civil war, America’s Secret War, the constant bombings – and living under poor conditions, people were trying to pick up from when they last felt safe – creating makeshift salons and cafes, mimicking an old life that’s been lost. Those stories are interesting to me. So much resilience and fight.”

She is betting that these stories will be interesting to others as well. She came up with the idea for In The Camps: A Refugee Musical, “during a family-style dinner with some of my friends and kid cousins. We were discussing the refugee crisis and the administration’s discriminatory travel ban but mostly sharing our families’ refugee stories. At some point I just started to sing the chorus of ‘Just Around the Riverbend’ from Pocahontas, but changing lyrics to the Mekong River and mentioning the Lao and Thai shores and the refugee exodus. Others chimed in with their own lyrics. Then I jokingly said, ‘I’m going to write a musical about refugees in the camps and call it In The Camps: A Refugee Musical.’ Everyone at the table laughed then said, ‘Do it, Mooks.’ And here I am six months later with a $30,000 John S. and James L. Knight Foundation grant towards the project’s development. It’s an ambitious project and will require additional funding. I want to provide financial and creative opportunities for all that’s involved – actors, crew, mentors, consultants, the community members I’ll be engaging – I want to be able to pay people equitably for this work that is urgent and necessary. As far as I am aware, there hasn’t been an ethnic Lao-centered musical that’s written by a Lao American produced in Minnesota and so it will take considerable tenacity and grit on my part to make it happen. I’m fortunate that I live in a state with the Legacy Amendment in place and have an artist and theater community that’s supportive in so many ways. This project will be my creative priority for the next two years.”

Yes that is right, Vongsay is one of the few who received at McKnight grant this year. She described the process, “The Knight Arts Challenge grant has several phases. First is the submission of a 150-word idea. Knight received 300 or so submissions and mine was fortunate enough to be chosen by the panel to be among the 70 or so that was invited to submit a full proposal. It was a straight forward application process.” She plans to use the grant as leverage to secure more funding.

“In the past six or seven years I have been focused on what I call my Laotian Survivors project where I have been engaging with community members to learn about them and their experiences before “the disruption,” their escape, their lives in the camps, and their resettlement experiences. I’m specifically privileging ethnic Lao stories because ours are often pushed to the margins or ignored completely – by our own community and by others. And so it’s an honor for me to be able to sit with an elder and given this gift of their truths. It’s been healing. It’s been a sort of grounding for me and for a lot of my interviewees, too.

“For the community, the musical will give a sliver of what many Lao refugees experienced – from losing their home to learning how to acclimate to another culture and also a better understanding of the role of US policies and empire in all of this. Both Lao and non-Lao can learn together, side-by-side, even though different people/communities will have different points to access the work. For instance the music, folktales, and Lao-brand of humor can be nostalgic for the elders.”

Vongsay plans to tackle this project in several stages, “First, I’ll be focusing on development, research, and conversation circles with Laotian community members who lived in Nongkhai. I want to learn about their experiences and with their permission, have their stories inspire the work. Part of this work is to also cultivate Laotian theater artists who will be bringing these characters to life and so I’ll be exploring a theater training and collaborative process with my actors and director. I anticipate a full production in 2020 to coincide with the 45 year anniversary of Laotians in Minnesota.” 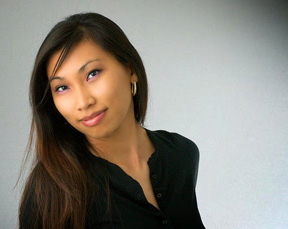