Song Khoua Xiong watched his older brother Bla Neng Xiong go to Thailand for specialized training by the Americans during the Secret War. Upon his return, the elder Xiong joined the late Colonel Song Leng Xiong and his battalion in establishing the Long Tieng airfield.

So when Song Khoua Xiong came of age he decided that he would join as well. His son, Lee Pao Xiong said, “What made him join? He wanted to further education, plus everyone was being called to join. So he did.”

Bla Neng Xiong died in a battle around 1968, but Song Khoua Xiong returned from Thailand and trained many people in Laos. His son said, “He was among the groups that went to train in Thailand, came back and went into battle. He was a part of the heavy artillery unit in Long Tieng. From firing the 105mm and 155mm, he is now deaf in one ear.”

It is not only men that joined the war effort. In the book A People’s History of the Hmong by Paul Hillmer, Hillmer recounts the stories of Hmong women who became nurses including Choua Thao. “The first Hmong nurse at Sam Thong,” according to Hillmer

Ly Vang also became a nurse, she recalled that girls were actively recruited to become nurses, sometimes as heavily as the men, with clan leaders coming to an area and giving quotas. When the nurses joined it was a lot of trial by fire. Vang said, “It’s not like you have time to really go to school for three months before practice. The first day you enter the field, you go to school in the daytime; at nighttime you have patient care.”

These brave soldiers and nurses were the first Hmong Veterans. In 2015, for the 40th anniversary of Hmong in America, a 40th anniversary was held with about 400 veterans attending. Former Lieutenant Moua Lee described to the Hmong Times some of the positions Hmong veterans held.

Forward Air Guard (FAG), “When the war came to Laos, the Americans were looking for people who spoke English to work with them. Then they trained them for help contacting American pilots. They would work with the pilots on the ground. When the pilots went to bomb and they reported the weather, so the airplanes could see the target.” He added there were two big plane operations. There was the “Cricket” which was a 24-hour plane operation. And “Allocate” was the operation that flew at night. “They [FAG] kept all the information in the area. The Forward Air Guard is the one on the ground. They can call to get air strikes. Also they reported any supply shortage. They could pick up American pilots by helicopter. They also reported targets.”

The Field Liaison Operations (FLO) flew with one American to each GM. A GM was a group of 500-800 troops that would be out in the field. They were often made up of Hmong and Lao troops. These were the SGU units. So one FLO would fly with an American to each GM. “They report the situation with the SGU. Each day they flew to battlefield and report back to the American officer, the American would then report back to headquarters.”

Close Support (CS) was the only one of the three that did not have to speak English, but they did have to know how to work with technology. “CS would monitor the airwaves 24/7 to record the enemy operation. They were secretly stealing information. They were constantly searching for enemy conversations on the radio and would make a record and report. For each area they have several locations on the ground to make a record.”

When Song Khoua Xiong came to this country he went to Morgantown, Indiana, where a janitorial job had been arranged for him. It was 1976. Son, Lee Pao Xiong remembers, “We moved to Minnesota in 1979. After arriving here, he went for training at Dakota County Vocational Institution in welding, but ended up as an interpreter for Minneapolis Public Health for many years until he was laid off. Then he went to nursing school. He eventually ended up working for International Institute on contract to Ramsey Human Services as an interpreter until his retirement several years ago. He used his training from the war to continue to better himself and lives of other Hmong while in a new country.”

The example of the original Hmong Veterans have been passed down to the following generations. Since coming to this country, many Hmong have continued the tradition of serving in the military. John Siqveland, Public Communications Director for Ramsey County said that Ramsey County Veterans Services is working to reach out to Hmong veterans, “We want to be aware of earned veterans and want them to be aware of earned veteran’s benefits.” Siqveland said that it is a work in progress. The Director of Veterans Relations for Ramsey County was unable to comment about the efforts at the time of this writing but more information will be forth coming.

The Hmong Times wishes to honor all Hmong Veterans on this Memorial Day. Thank you for your service. 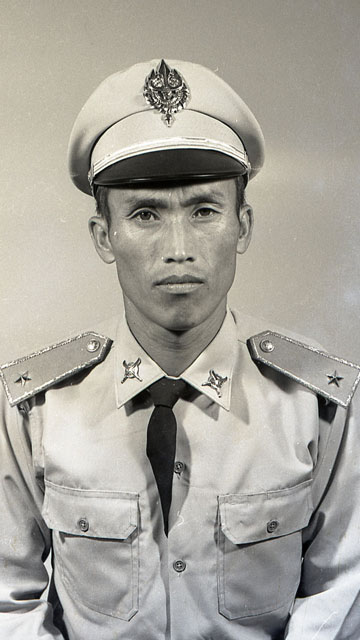 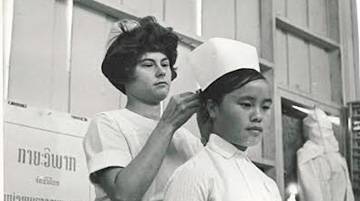