‘Peb Yog:’ Community Comes Together After Tragedy At Festival

“Peb yog. We are Hmong,” said spoken word artist Kevin Yang at a peace walk held July 4 in memory of Jacky Vue, 19, who died from gunshot wounds earlier that week.

The event was held at the site where Jacky was shot during the 38th annual Hmong Freedom Festival in Como Regional Park July 1. The peace walk event was hosted by Hmong Peace MN, a newly formed group of Hmong artists devoted to bringing peace in the midst of tragedy. Several artists performed in tribute to Jacky and as a way to calm any fears the Hmong community may feel after tragedy struck at the annual gathering to celebrate freedom and Hmong culture.

“Don’t be afraid to continue gathering,” Kevin said. “That is when we are the most powerful.” Kevin read a poem he had written highlighting the diversity of the Hmong community across generations, locations and cultures. “Peg yog,” the crowd repeated after each stanza.

A candlelight vigil was also held for Jacky at Como Regional Park July 2. Family members shared emotional memories of Jacky, who was the youngest child in his family.

“Jacky had just graduated from Gordon Parks High School in St. Paul in June,” said his older sister Yer Vue. He was excited about his new job at Introdec and excited about going to college. He hadn’t decided yet what he would his major would be. “We know that he liked science,” Yer said.

Jacky always offered a helping hand to his four brothers and four sisters.

“He is always a helping person,” Yer said. “Whenever we needed him we could always count on him. He never complained.” Jacky often took care of his nieces and nephews. “He loves kids,” Yer said.

Brother Caleb Vue created a GoFundMe page for funeral expenses. “We want everyone to remember this tragedy,” he said. “Jacky Vue was a kind person, one who is sympathetic towards anyone.”

Jacky’s funeral will be July 28 to July 30 at the Koob Hmoo Spiritual Center near English Street and Highway 36 in Maplewood. Community members, friends and family are invited, Yer said. The burial will be July 30.

Two men were charged by the Ramsey County Attorney’s Office in connection with Jacky’s death.

Nougai Xiong, 27, of St. Paul was charged with two counts of second-degree murder, according to court documents. One count alleges he killed Jacky with intent and the other alleges he killed Jacky without intent. The maximum charge for either crime is 40 years in prison. Yang Houa Xiong, 28, of La Crosse, Wisconsin was charged with aiding an offender.

Jacky was shot about 5 p.m. during a ruckus caused by young men fighting with umbrellas. Jacky ran behind a tent. Bystanders tried to help Jacky until medics arrived and he was taken to Regions Hospital. However, he died at the hospital.

Witnesses helped officers find the suspect, Nougai Xiong, who was with his cousin Yang Houa Xiong. They were arrested. The men said they were assaulted with umbrellas. Nougai denied having a gun or hearing any gunshots at the festival. Yang Houa later led authorities to where Nougai allegedly hid the pistol he used to shoot Jacky. DNA on the pistol will be tested by authorities.

The incident was the first time someone was killed at the festival. The festival, put on by United Hmong Family, has security measures in place.

“This type of violent behavior is unacceptable,” said Mee Vang of United Hmong Family at a press conference July 2. She said no one should be afraid to attend community events and that the festival will make its security measures even better. 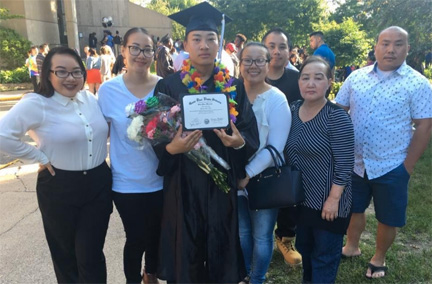 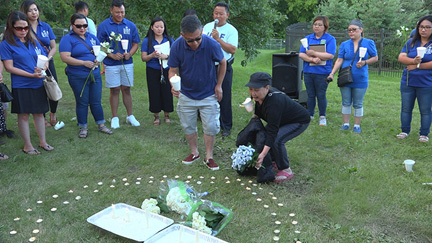