As told by Dr. Yang, who is a Fulbright scholar and author of Sayaboury: Land of A Million Elephants, The Making of Hmong America, and many more: “Nuj Yob is the only survivor of a deadly disease that’s left him without a mother, a father, or a family. Or so he thinks… He is eventually adopted by a kindly farm pig, but knows he will outlive his foster-mother. On her deathbed, Nuj Yob hears rumors that his brave uncle had not died, but in fact, had transformed into a tiger. Armed with this knowledge, Nuj Yob begins an adventure to seek out his ferocious Tiger Uncle and learns the true meaning behind love, family, and how to be a human.”

Illustrated by Yinkong Vue, who is a visual developer and animator and is currently working on colorful illustrations that focus on character and world-building and making 2D animations with dynamic movement. When asked about his experience in illustrating this book, Yinkong described as: “I was very intrigued to read Dr. Kou Yang’s story. I was immediately taken back to my childhood, to the times my siblings and I would gather around my grandma and listen to her tell Hmong folktales. The stories were so diverse, fantastical, and uniquely Hmong!”

Graduated from the Minneapolis College of Art and Design, Yinkong had some similar illustration work before. “Much of my personal work actually deals with Hmong folktales and culture. This project was right up my alley, so I knew I had to take it when the Hmong Educational Resources Publisher approached me,” said Yinkong.

HER Publisher is an independent publisher of books about Hmong people, culture, and life experiences. HER provides services for Hmong students, writers, educators, researchers, and graphic artists. Through copy editing, design, and mentorship, HER works with Hmong authors and artists every step of the way, to translate their stories from the visionary to a physical book.

HER wants to make sure Hmong artists have the flexible and freedom to express their own ideas in whichever way the artists wish to take the project. “As I started drafting the project, I was given much freedom with how to visually interpret the story. Beautifully written by Dr. Kou Yang, it was hard to decide which moments to illustrate. I went through many iterations but would eventually settle on what I felt were key moments in the story,” said Yinkong.

When asked what some other fun challenges with illustrating Hmong folktales are, Vue described as finding the right style and tone. “I ran into was finding the right style and tone of illustrations that would bring Dr. Kou Yang’s story to life. It was essential to me that Hmong imagery, colors, and patterns would be incorporated into the world and characters. What initially started as solemn illustrations eventually turned into playful, and expressive illustrations. Many Hmong folktales are told to children, but these tales can be related back to people of all ages; I wanted that balance to be reflected in these illustrations,” said Yinkong.

The Hmong Jungle Book is available for purchase at HER Publisher’s website at www.herpublisher.com 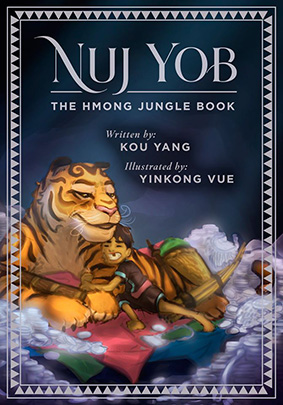 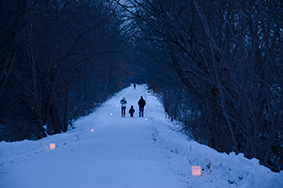