“Our son cannot go through with the marriage,” spoke the elder. He pulled out $2,000.00 in crisp hundreds and laid it on the table. Nkauj Yiv’s father called Dib into the room. In proper Hmong, the elder spoke of reasons why the marriage would not work. “Finally,” he concluded, “Our son has misacted; he has acted not like fine young men, but has acted with many hearts and upon so, he divided his affection onto many maidens. And for that reason, our son will be unable to love or marry another woman.”

When all was said and done, the elder stood up and walked back the way they came, Nraug Txuj following paces behind. He did not glance at Nkauj Yiv’s direction. Even as she stood there on the living room stairs facing the exit door, Nraug Txuj did not meet her searching eyes. His head bowed solemnly eyes seemingly following the patterned kitchen floor, as if cautious not to step on a crack. But Nkauj Yiv knew well what he was doing. He didn’t want to meet her stare for fear of letting his emotions spill through his eyes. He didn’t want to give her an estranged stare that explained so much how much she had longed that they’d not be estranged.

Nkauj Yiv stood on the stairs like a mute, not saying a word as if with no understanding of the situation. But deep inside her heart, she understood everything clearly. She had broken his heart and that was the whole truth. That was the only fact. Why had she acted with so much dignity? So much self respect? So much honor? What was all of that good for at a time like this? Now that she had refused his offer, weeks ago in this very kitchen, when Nraug Txuj had come to propose their still-viable union, there was no turning back.

A heavy pain pounded at her chest. She didn’t know if that was her own heart throbbing in an attempt to end her breath then and there, or if it was a ray of energy thrown at her from God or from her late grandmother’s spirit telling her to be strong, telling her to have faith that this pain will one day pass. But she knew well that it would not pass easily. She knew not at all if even it knew how to cease. Like a river that knew only how to flow in one direction, pain should pass. But in this very moment, she was doubtful that this singeing pain could ease. It was like dying without dying. Nkauj Yiv knew not at all anything in that moment. Not what she’s done to Nraug Txuj’s heart, or to her own future. She knew not whether her choice were for good or for worse.

In this moment, the only thing she was certain of was the fact that this man was one in which she loved more than herself, more than her father, more than anyone she has ever known, that man is walking pass her now, treading out of her life. And there was nothing she could do about it. She had given him her word; she will not dishonor her stepsister, Dib, whom she loved as dearly as a true sister. But now that Nrauj Txuj was walking out of her life, her heart was breaking. She felt the very essence of her being stripped away and torn to shreds. At this very moment, Nraug Txuj was walking away from her; she wasn’t so sure if preserving Dib’s honor and title as she had done was the wisest choice after all. She never imagined herself to be of such low thinking as this. But in all truth, at the end of the road, would such honor balm her pain? Would her sacrifice be remembered by Dib? By Niam Yau? Would she be remembered as the sister who preserved the honor of a beloved younger sister? Would any of what she did matter? To her father? To Nraug Txuj? And now, he was going away. He was walking away and not turning back to view her one last time. Nraug Txuj strode closely behind the elder and the two of them exited the front door. Nraug Txuj, exiting out of her life.

“Here!” said Dib. Nkauj Yiv was struck at the head by an airborne piece of pink silk. She held onto her seat at the kitchen table for balance. She was in the middle of peeling the prickly skin off of the fresh bunch of pumpkin vines that she’d purchased from the farmer’s market that morning. She was preparing a generous breakfast of pumpkin vine stew with button mushrooms and beef tendons. Nkauj Yiv seized the piece of cloth from her face with her free hand. A blouse.

“I got it for you,” said Dib. “It’s a thank you gift, for all your efforts.” Dib strode across the kitchen floor in a new pair of shiny golden pumps. Her every step tapped obnoxiously on the kitchen floor, calling attention to her arrival.

Nkauj Yiv’s heart clenched. She wasn’t sure if it was out of her appreciation of Dib’s gratitude or her shock that Dib had any idea of her done good deed at all?

“Efforts? What efforts?” Nkauj Yiv inquired with crease brows. She searched the Dib’s expression with no answer.

Taub walked in with more shopping bags than her arms could bear. “These are the last of them,” she announced, dropping them all at once. High-end paper shopping totes filled with beautiful gifts dropped onto the ground. Gift bags from COACH, Michael Kors, New York and Company, Abercrombie, Banana Republic, and others. Small ones from Sunglass Hut, Claire’s and Macys spilled onto the floor. It appeared as though the trio of Dib, Taub, and stepmother had visited every interesting store that caught their eye at the Mall of America.

“Thank you,” Nkauj Yiv said hesitantly, laying the blouse over her shoulders to compare it with her skin tone. She felt a little taken aback. It wasn’t really like them to buy her anything nice. But never before had she seen the trio indulge so thoroughly as this, so it must be a good day for them. Nkauj Yiv couldn’t begin to fathom the sum that they’d squandered on such luxuries. “Where did you guys go?”

“Oh we had the finest day, Yiv!” squealed Taub. “We went to the mall and rode rides. Then we went around all the floors and Dib bought us everything we wanted. I chose this shirt for you! Do you like it?”

Nkauj Yiv nodded with an appreciative smile. Taub’s eyes sparkled with satisfaction. Dib stood there in her golden heels and silver-studded leather blazer, arms crossed, head tilted. She wore a crooked smile with eyes they surveyed Nkauj Yiv from head to toe. “Do you like it?” she asked, mimicking Taub.

“It wasn’t cheap either,” Dib said proudly. “Keep it well. Courtesy of koj tus me Nraug Txuj.” She laughed.

“Why do you look at me that way?” asked Dib. “It’s from Nraug Txuj and the precious sum he left here to fix me.” Dib laughed. “He thought that he was fixing me.” Dib walked away. “What an easy way to make money,” Dib said.

The piece of silk dropped to Nkauj Yiv’s feet. Her arms and legs went limp and she fell to the ground. Her lips trembled and droplets of tears fell from her bottom eyelid like rain from the edge of a roof ledge. She hadn’t known that it possible for her heart to break over again?

Bridges always excited Nkauj Yiv. She’s had always known that to be true. Once when she was younger, she’d traveled to Duluth with her grandmother and some cousins. The view of the lift bridge brought her so much joy. When their car drove over the bridge, she felt her heart leap inside her chest. It was as exciting as a new adventure. Not dissimilar to the start of a new journey. To her, that was indeed a new journey; never before had she visited Duluth. Similarly, today, she was on one of those new journeys.

Nkauj Yiv walked under the stone arches at the University of St. Thomas. Everything was so surreal to her. She’d been working her receptionist job at the clinic for over a year, which was an accomplishment in itself, but now, she was finally attending college, and a good one at that. She was fortunate that she took a few years off, because now Nkauj Yiv was certain how she wanted to spend her college years. She would double major in Business Management and Communications. Following her completion, she planned on finding a stable 9-5 job in the health care industry. For once, Nkauj Yiv felt like her life was going in the right direction.

“Excuse me miss,” said a voice.

Nkauj Yiv’s neck tensed. A chill ran down the back of her spine. She could recognize that voice anywhere. Water filled her eyes. But she turned around.

Her heart opened and she felt her insides melt. Wetness spilled down her cheek. “Nraug…”

“How have you been?” 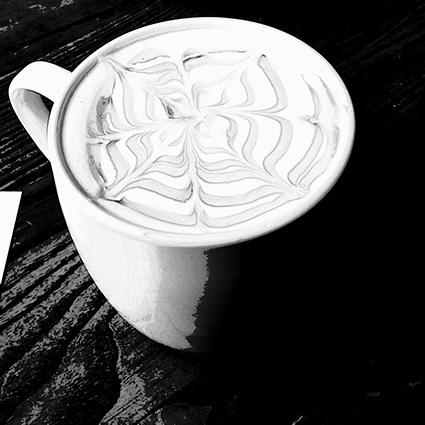