The morning hadn’t gone as she’d hoped. Though she was able to cook a complete three course breakfast before leaving the house, Nkauj Yiv had forgotten the most important artifact before stepping out. Her shoe. She was to present it to the Hmong Times intern if she was to claim the missing shoe as hers. What else could possibly go wrong?

Hmong Village’s food court was fairly packed. Odd for an early morning. Nkauj Yiv hovered around before settling in the table mirroring Santi’s. It was her favorite cuisine out of all the Hmong Village food booths. They had some special sauce blend that they marinated onto slow cooked pork ribs and chicken halves served over a bed of soft, fragrant sticky rice that made her mouth water. She couldn’t afford any right now, but the aroma alone was intoxicating. There was also a Laotian spicy paste sauce that the restaurant made and served with any meal for dipping. Both Nkauj Yiv and her father loved the sauce.

A few years back when her father would accompany her and her grandmother to the shops, he used to say that the paste reminded him of his old days in Laos, when he and his cousins would go court girls at the mountain farms. For lunch, they would eat boiled chicken and rice together. The girl would have prepared this very dipping paste for them to share. Every time Nkauj Yiv came to Hmong Village, she always remembered this memory of her father. It was a thought that held so much compassion, so much promise, so much love. Was that woman her mother? Or had her father kept a secret lover inside his heart even after marrying? Numerous thoughts and theories flooded Nkauj Yiv’s head from then until now.

Nkauj Yiv’s vision fixed on a brown smudge on the plastic yellow table whereon her elbows rested. She bit her lip. How was it that her father experienced so much passion in his past, but close to none in his present? Why does life work this way? Of course there was no way that she’d ever find out about her father now. Her grandmother was not around to tell her any such stories. Her grandmother. Her heart deflated. She’d always thought that there would be more time.

“Hi,” she said and nodded once.

“Are you waiting for someone?” The man gestured his hands at the seat across from her, apparently asking to share the table.

Nkauj Yiv let out a silent sigh. She checked her watch. Five til. Nkauj Yiv shook her head, deciding then to abort the meeting and forfeit her shoe. This wasn’t who she was, a girl who met strange guys at Hmong Village, whether in retrieval of a possession of hers or not. She was a respectable Hmong daughter who usually does not find herself in such a predicament.

“Oh you can have this table. I was just leaving.” The metal bars of Nkauj Yiv’s chair screeched horridly as she scooted out of her chair.

“Wait, please, sit. Sit down.” The man reached out a hand before sitting down. “Richard Wetzler, President of the Hmong Times. Pleasure to meet you.”

Half standing and half sitting, Nkauj Yiv slowly descended into her chair, her gaze focused on the man. “Oh nice to meet you,” she said taking his hand. “I’m Gaoyi Xiong.”

“So you are our mysterious owner of the famous shoe?”

“Allow me to explain – an intern of mine wanted to publicize this very shoe.” Richard extended a small brown paper bag wadded into a tiny parcel and placed it on the table.

Nkauj Yiv hadn’t noticed him bearing the package before. The small of it surely may have been her precious shoe, she surmised. She carefully unfolded the enclosure and peeked inside. The cold of the silver ncas contacted the pad of her fingers. She revealed the shoe and the bright red and yellow paj ntaub on the heel caught her eye. It was as beautiful as she’d remembered it. A size 7. The inner sole was torn by the heel. It as indeed hers. And by the looks of it, it seems to have been polished or cleaned.

“Why are you returning it to me?” she asked. “This intern of yours, why put the shoe out for a cash prize? I’m sorry but I’m not following.”

“Do you recognize the name Doachu?”

Nkauj Yiv considered that. “No, I’m afraid I don’t.”

Richard chuckled. “Well, that of course is the Western version.” He took from his shirt pocket a business card which printed in bold black letters, the name: NRAUG TXUJ. Beside was a headshot. He didn’t smile in the photo but neither did he frown. He wore an indifferent expression yet one so puzzling to place. It was as if whilst taking the photo, he had no thoughts inside his head, as if he was just passing through life with no worries. No stressors. A sort of peace to his demeanor. It was not dissimilar to the way Nkauj Yiv felt during the RiverCentre while with him. It was not dissimilar to the way she wanted to feel in his presence again.

“Miss?” he interrupted, severing Nkauj Yiv from her reverie.

“This is your intern?” Her brows knitted, her nerves on edge.

“What does he want from me?”

Richard smiled. “He tells me, he wants a chance to meet you again.” He leaned back on his chair, arms crossing before him. “Seems you left quite an impression on the guy.”

Nkauj Yiv inhaled deeply, feeling almost lightheaded. She was astonished that he’d share their encounter with someone. She was also taken aback by the effort he’d put into this whole search for her. This was like a plot out of a novel. It couldn’t be true.

“You can’t what?” said another voice at her side in the periphery of her vision. Her throat pulsed at the sudden realization. Was she dreaming? She wasn’t sure whether to storm away at once or remain. The only thing she was sure of was the fact that the man before her, the man staring straight into her eyes, was him. Nraug Txuj. 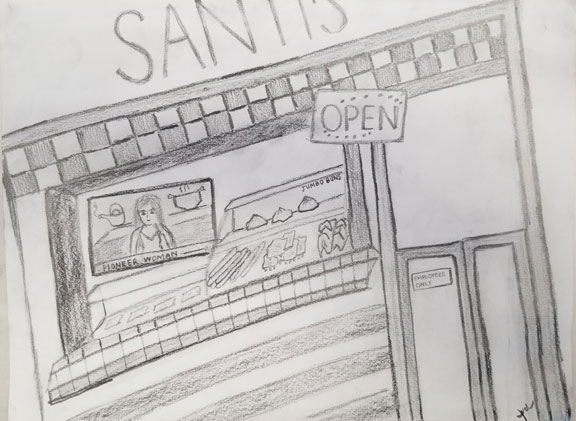