Nkauj Yiv stared out the window for the fifth time that morning. She hadn’t the slightest idea why Nraug Txuj wouldn’t write to her. He had shown her so much attention and interest during their last encounter. Never before had anyone ever succeeded to make her feel the way he did. When he was around her, she felt her belly do a turn. This was also her first encounter with a man so she hadn’t the slightest idea of how men were supposed to act. Was it true according to the Hmong movies that she has seen? The ones where the guy comes to the girl’s village to select a bride? In such stories, the man was brilliantly skilled in the act of tshuab qeej and would impress all the young maidens of the town by that very number. He would hold the qeej with both hands in proper position, his right leg lifting with each eloquent horned blow of the thin bamboo woodwind. Perhaps it was the case that Nraug Txuj was one of those guys that promised words but didn’t keep them. Maybe he was one to come to her far-away town of girls and give them his word of longing but leave with little promise in the aftermath.

She picked up her father’s iPad and swiped the purple scroll bar downward on the Yahoo! inbox. Down. Down again. The inbox column refreshed, the little spinning circle rode round and round, clearing at two full spins. But no new email appeared. Nkauj Yiv gritted her teeth. Was it perhaps that the house’s WiFi was not catching on to the iPad? She scrolled up the hidden tool bar at the bottom of her screen. The WiFi icon was lit blue. Nkauj Yiv collapsed on her bed, fingers massaging the lids of her eyes.

“What are we to do now?” Nkauj Yiv asked. “You’ve already come to ask for Dib’s hand. There is nothing more we can do but to let it be.” Nkauj Yiv sniffed, running the back of her hand over her wet cheeks.

“We must fight it,” answered a voice from behind her.

Nkauj Yiv turned around. A disheveled Nraug Txuj stood before her. “You’ve been discharged,” he said. “Why didn’t you tell me?” Nraug Txuj’s brow wrinkled, his forehead creased in pronounced lines, he appeared older than the last time she’d seen him. She wanted to cup his face and run a wandering thumb over his cheek. She shook the thought away, biting her lip until she tasted a hint of blood. The stinging at her lip reminded her of the many times before when she’d bit the inside of her cheek during careless chewing. Such moments always made her stomach turn, because the acidic, red taste of her own blood mixed with whatever she’d been eating was vile. But now, she was biting her lip on purpose. Breaking the skin so that she could feel at least something other than heartbreak. The sting reminded her that she was still alive. In helped to ground her to her reality. Nraug Txuj was getting married to Dib and that was final.

Nkauj Yiv turned to look at him. Thick tears streamed down her face.

Nraug Txuj’s face sofented, his shoulders relaxed. He opened his arms toward Nkauj Yiv as if offering an embrace. But his face showed that he was more in agreement to Nkauj Yiv’s very thoughts than he was in disagreement with them. He had done the ill deed of asking for Dib’s hand and there would be no turning back from here.

“Please, leave me. If Dib sees you here, she will misunderstand.”

Nraug Txuj approached her and stood before her, stopping her in her tracks. “Please, just, hear me out.” Placing strong grasps at her shoulders, Nkauj Yiv felt a hollow grow in her chest. Perhaps this would be the last time she’d feel his hands on her.

“There are things we can do to fight this,” he said, reassuringly. His tone was confident and full of promise. But promises were just words. A promise was just a tool used to instill hope into the unwise. Nkauj Yiv didn’t want to be unwise any longer. She couldn’t meet his eyes. Nraug Txuj’s long fingers inched in to hold her small hands, fingers creeping inside her closed palm. “Trust me,” he said.

“Fight this?” she said. “Fight this how? Would you tell me a way of how this is even fightable?”

He couldn’t answer her just then. His eyes met the floor with creased brows. His lips did not part for a response but trembled uncontrollably. His chin quivered. He rested a hand on the back of the desk chair to stable himself. His knees seem to wobble in their place, as if his weight was too heavy for his legs to bear. A gasp escaped him and Nkauj Yiv’s heart broke as she fought the urge to run toward him and embrace him. She wanted to hold him close to her chest like she once did before and feel his warm breath on her cheek. She wanted to run her fingers through his thick hair until dusk turned to dawn, just him in her arms with no other care in the world. She had thought about this image for so long. The many nights that she was without him, the many nights that she laid in bed thinking about him formed a deep gap inside her chest. Just one glimpse of his smile and this gap would close. One feel of his touch on her skin and she would be warmed. She would no longer feel the suffering deep inside her heart. But now, it seemed like an eternity had passed them by and they’d never have the chance to be together again.

“Please,” Nraug Txuj murmured. “I can pay her off. I will ask my parents to kho (fix) her. It’ll only take about five grand at the most. We can then be together after that. Don’t you want that?”

She met his eyes this time. Her face was stern. “Go home, Nraug Txuj. Go home and don’t come back until you are ready to take Dib home with you.”

“I can’t do that,” he answered firmly.

She turned to walk away from him, her steps slow and light. Before exiting the doorway, she paused. “Neither can I,” she said. Nkauj Yiv turned around to catch of glimpse of him one last time. “I will not do that to Dib.” 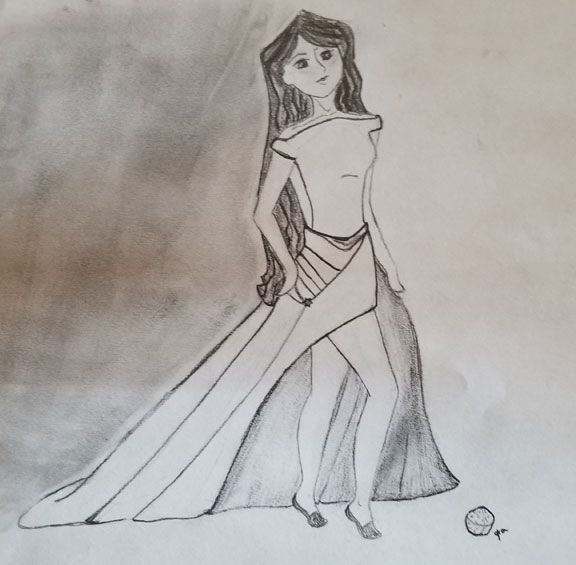