There was a sharp pain at the back of her left hand. She tried to lift her neck but couldn’t for she was lying on a bed elevated at the head. She also didn’t have enough strength to move even her neck let alone lift her head. A tiled ceiling was her view. Tiled? Was she in public?

She blinked a few times. Her eyelids were heavy. It was hard to keep her eyes open. How long has she been asleep?

That wasn’t the first time she’s heard that sound. In her dream of dreams, this was the very sound that rung endlessly. For a moment’s time, she’d thought it was a ticking bomb. Upon closer inspection, her thoughts became a haze.

Nkauj Yiv opened her heavy eyes once again. A dimly lit ceiling greeted her. The scent of herbed Hmong chicken filled the room and wafted into her nostrils. It reminded her of her grandmother’s Hmong New Year’s cooking. It was customary that her grandmother boiled whole a Hmong chicken and after her father was done with the chicken ancestral offering, she would proceed to stew the meat in a fragrant, Hmong herbed broth. It was a mixture of minty leaves, waxy forest green sprigs, and straws of fragrant shoots that budded violet and turquoise, all amid generous sharp blades of fresh lemon grass with roots and a dash of salt and pepper. That scent was such a familiar one, yet not familiar as of late. Her grandmother had planted the herbs herself in their backyard garden. Only her grandmother had known which herbs went well with the lean meat of Hmong chicken. Though such herbs are sold locally in Hmong farmer’s markets, Nkauj Yiv has never come across quite the same blend as those her grandmother grew. Nkauj Yiv neither held any idea as to where her grandmother stored her seeds for summer planting, and so has not smelled such a fragrant blend for so long a time.

Nkauj Yiv, with great effort, pressed her shoulders against the hospital bed and tilted her head slightly to the side. An IV machine with a slow drip counted down on the monitor, what seemed like seconds of her life. There was a clear tubing connected to a saline bag that Nkauj Yiv traced down to an IV needle firmly taped onto the back of her left hand. Surrounding the needle was a patch of dried blood. Her stomach turned. Nkauj Yiv blinked a few times, her mouth dry and her head heavy. This wasn’t a dream.

Nkauj Yiv pushed her elbows once more to see who it was. “Nraug,” she said.

He placed a finger to his lips and soothed her to a calm. “It’s okay,” he whispered. “Don’t speak. You are so weak.”

She parted her lips and felt a crack at the corner of her mouth. Her own breath tasted bitter, as if she’d just woke from a long night’s sleep.

“Did you see the letters I wrote you?” Nraug Txuj said.

She followed his eyes as he leaned down toward her, his elbows propped on the edge of her bed. She shook her head with as much force as she could assemble. What letters, she wanted to say.

“Why haven’t you been eating, huh?”

Her brows wrinkled. The worried look in his grey eyes sent a gasp down her throat. It was the same look he’d given her when the umbrella and siv ceeb laus was brought and hung inside their house. How could she have forgotten? Nkauj Yiv blinked a few times in succession, the twitchiness of her lids uncontrollable. Wetness dripped down her cheeks in thick streams. Nraug Txuj leaned down toward her, his chair screeching against the floor, bringing him closer beside the bed. He took her free hand in his and placed its back against his supple cheek. “Why were you starving these past few days?”

She sniffed back the wetness beneath her nostrils to rid of her accumulating mucous but to no avail. She turned away to face the wall, breaking eye contact with him. Nraug Txuj placed a gentle finger on her chin and guided her eyes back to him. “The doctor said you’ve not had a meal in over a week. Why?”

Her lips trembled. A gaping hole collapsed deep inside her chest. Her heart was breaking and he didn’t even notice. She should hate him. She should not want him near. But instead, she wanted to feel his weight atop her body for comfort; she wanted to feel his strong arms enclosing around her; she dreamed of his warm and sweet breath at her temples as he kissed her there; she longed for his gentle fingers to brush away the wet tears that slid down the side of her cheeks now making its way into her inner ear as she laid there, unmoving. How can any of this become true? He is now engaged to Dib. “Why are you here?” she said.

“That’s the only thing you ask of me after all these days?”

“Nkauj Yiv, don’t you know, you’ve been here for nearly two days. And it’s been a week and three days since we last met. My emails, you never responded to them.”

Nkauj Yiv’s brows wrinkled. “What emails? You didn’t email me. I was waiting all week and never got anything.”

His hands came over Nkauj Yiv’s shoulders in haste. “Please don’t lie. I asked you about the engagement and you never responded. When I came over, your mother said you were not home. I then wrote to you several times a day, asking for your consent to court. You didn’t respond.”

Nkauj Yiv’s lips twitched. Her hands grasped tightly to the linen sheet that covered over her gowned legs. Her whole body trembled. She was freezing. Though she wore hospital grade booties with rubber soles, her toes still felt cold. She couldn’t look straight at him. She bit her bottom lip to stop tears from building up on her bottom eyelid, but the harder she tried, the more it accumulated. Her throat pulsed and a warm wetness spilled from her eyes.

Nkauj Yiv shook her head in dismay, tears rushing down her cheeks in white streaks. His cold palms contacted her cheeks as he lifted her face to meet his. “Share your pain with me, will you?” he said with a soft face.

Her heart seemed to shrivel and grow. It was breaking and opening all at once. How was this even possible? “You and Dib…” she said but couldn’t finish. It was painful enough to think about the two them wedding; to speak it out loud was another yet reality in and of itself. She didn’t want to believe it was true. For once, in her entire life, when she’d met Nraug Txuj, she’d agreed to herself that maybe, just maybe, she was worthy of a relationship, worthy of love. She’d thought to herself for many nights, and have also talked to her late grandmother in her slumber, that she will go for him. She will give him a chance. She will start her life. But all of that was shattered. “You and Dib…”

“Your mother, she…” He stood up and paced a few steps away. “Your stepmother,” he corrected himself. “She said you were not interested in me. She said you told Dib to date me. When my elders and I came over for you hand, your stepmother said Dib was to wed me and not you. She said, if you really loved me, you would have responded to my emails.”

Nkauj Yiv’s heart pounded in her chest. “You believed that?” She sniffled.

“What did you expect me to believe, Nkauj Yiv? You didn’t respond to me. You ignored my emails.”

“Wait,” she said. “You said my stepmother told you I didn’t respond to your emails?”

“How did she know we’d been emailing?” 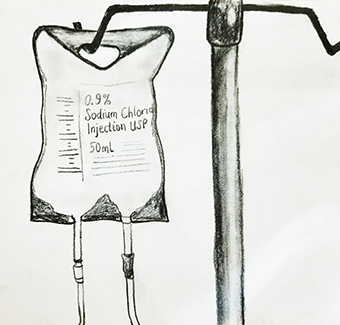