On Tuesday, April 30, representatives of the Minnesota House passed a provision to create a state holiday to honor Hmong veterans who served in the U.S. Vietnam War.

May 14 of each year will be designated as Hmong-Lao Veterans Memorial Day. The date was chosen because May 14, 1975 was the final day that the American-trained Hmong command structure over the Special Guerrilla Units in Laos was operational.

Thereafter, families and their officers – among them General Vang Pao – were airlift evacuated from the covert headquarters in Long Tieng, Laos, to the Nam Phong refugee camp in Thailand, eventually making their way to the United States.

“It falls upon my four colleagues of Hmong descent and me to do what we can to soothe the restless spirits of America’s Secret War Veterans and their families, to give them a day of recognition for their suffering and their sacrifices,” Rep. Tou Xiong remarked.

“This amendment seeks to remind Americans and Minnesotans that the United States and this chamber is a country and legislative body that does not forget its friends, especially friends that fought alongside American soldiers for the values this great nation stands for,” continued Xiong.

After an emotional address on Thursday, April 26, Sen. Foung Hawj’s companion bill passed the Senate unanimously. “This is my country now, and my children will die to defend this country, as my forebearers had died to defend this country as well,” Sen. Hawj asserted. “This is General Vang Pao’s wish… let May 14th be a day to remember his people.” 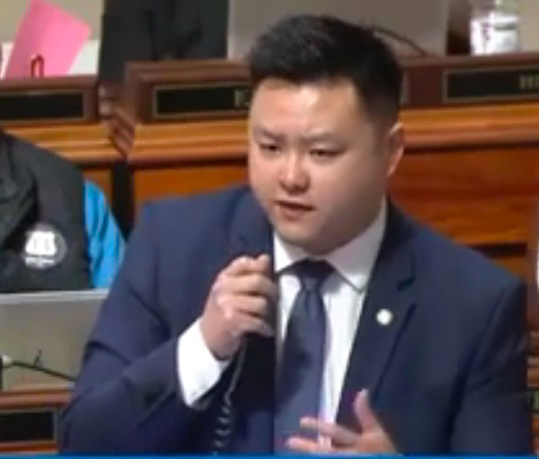 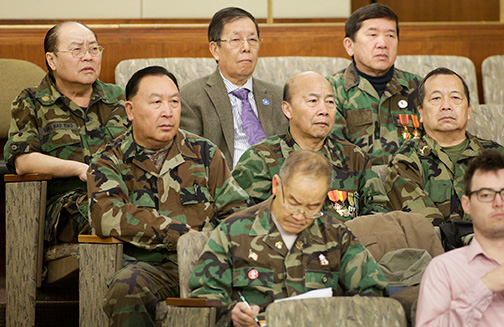 Veterans who fought with American service members during the Vietnam conflict listen to testimony March 10, 2017 during the House Veterans Affairs Division on HF2206. PHoto by Paul Battaglia