You’ve met the Hmong candidates that are running for political office in the last issue of the Hmong Times, now let’s take a look at who’s running in the other races for 2018. No matter what happens, 2018 will be a banner year in Minnesota politics.

An open seat in the Minnesota governor’s office attracted more than a dozen candidates in both parties, which has in turn created a vacuum that’s left other state offices with open and suddenly competitive races.

With the unexpected resignation of U.S. Senator Al Franken both of Minnesota’s U.S. Senate seats are on the ballot this fall. Those races anchor a ticket that also includes up to five competitive congressional races, all state constitutional officers and the entire Minnesota House.

Hmong Times takes a closer look at each of the candidates in the 2018 races.

Jeff Johnson – Republican – was elected to the Minnesota House of Representatives in 2000 and served there from 2001 until 2007. As of 2018, Johnson serves as Hennepin County commissioner for the 7th District. He was elected as the Republican National Committeeman from Minnesota in April 2011.

Tim Walz – DFL – a retired Master Sergeant in the Army National Guard, Walz is the highest-ranking enlisted soldier ever to serve in Congress. He has since been reelected five times and serves on the Agriculture, Armed Services and Veterans’ Affairs committees.

Doug Wardlow – Republican – is an attorney, counsel for the conservative Christian legal advocacy group Alliance Defending Freedom, and former Minnesota State Representative who represented District 38B, formerly represented by his father. After earning his law degree, he served as a Judicial Law Clerk for Associate Justice G. Barry Anderson of the Minnesota Supreme Court.

Keith Ellison – DFL – is a lawyer who has been the U.S. Representative for Minnesota’s 5th congressional district since 2007 and titular Deputy Chair of the Democratic National Committee since 2017. He is a vice-chair of the Congressional Progressive Caucus and a Chief Deputy Whip, and also serves on the House Committee on Financial Services.

John Howe – Republican – is a member of the Minnesota Senate who represented District 28. Howe was a member of the Goodhue County Social Services Board, and was mayor of Red Wing from 2008 until becoming a senator in 2011. Howe was first elected to the Senate in 2010. He was a member of the Energy, Utilities and Telecommunications, the Jobs and Economic Growth, the Taxes, and the Transportation committees. His special legislative concerns were energy and the environment.

Steve Simon – DFL – is the 22nd and current Minnesota Secretary of State and previously represented District 46B in the Minnesota House of Representatives. He worked as an assistant attorney general for Minnesota attorneys general Hubert H. Humphrey, III and Mike Hatch from 1996 – 2001, and has been an associate with the law firm of Robins, Kaplan, Miller, and Ciresi since 2001.

Jim Newberger – Republican – was elected to the Minnesota House of Representatives in 2012 and he represents District 15B in central Minnesota. Newberger attended St. Cloud State University, graduating with a B.A. in political science and mass communications.

Tina Smith – DFL – is former businesswoman serving as the junior United States Senator from Minnesota since 2018, filling the seat vacated by Al Franken. Smith served as the 48th Lieutenant Governor of Minnesota from 2015 to 2018.

Jason Lewis – Republican – is the U.S. Representative for Minnesota’s 2nd Congressional District. Lewis was elected in 2016, replacing retiring Republican Representative John Kline. Before being elected, Lewis was a radio talk show host, political commentator, and writer. He worked in Denver, Charlotte and Minneapolis-St. Paul before hosting the nationally syndicated Jason Lewis Show from 2009 to 2014.

Angie Craig – DFL – graduated from the University of Memphis. Most recently she worked for a Fortune 500 healthcare company, St. Jude Medical. Minnesota’s 2nd Congressional District was a battleground district in 2016. Jason Lewis defeated Angie Craig in the general election in 2016. Craig was one of the initial members of the Democratic Congressional Campaign Committee’s Red to Blue Program.

Dean Phillips – DFL – is seeking election to the U.S. House to represent Minnesota District 3. Phillips is an heir to the Phillips liquor fortune and a businessman and philanthropist. If successful, Phillips would be the first Democrat to represent the district since 1961.

Greg Ryan – Republican – is seeking election to the U.S. House to represent Minnesota District 4 and was a 2016 Republican candidate who sought election to the same seat. Ryan became politically active about 10 years ago. He attended Republican caucuses and conventions, joined conservative organizations and began studying policy issues.

Ilhan Omar – DFL – is a Somali-American member of the 2016 Minnesota House of Representatives, making her the first Somali-American legislator elected to office in the United States. She is the Director of Policy and Initiatives of the Women Organizing Women Network. As of May 2018, she had authored 38 bills, though none have been passed into law.

Tom Emmer – Republican – is the U.S. Representative for Minnesota’s 6th Congressional District, serving since 2015. Emmer served as a member of the Minnesota House of Representatives from 2005 until 2011 and was the Republican nominee for governor in the 2010 election. In November of 2014 he won the 6th Congressional District seat vacated by Michele Bachmann. Emmer served on the Finance Committee, the Health Care and Human Services Policy and Oversight Committee, and the State and Local Government Operations Reform, Technology and Elections Committee.

Ian Todd – DFL – is a Democratic candidate seeking election to the U.S. House to represent Minnesota District 6. As a member of the U.S. Air Force, Todd was stationed in places such as Germany and Virginia as a Geospatial Intelligence Analyst. 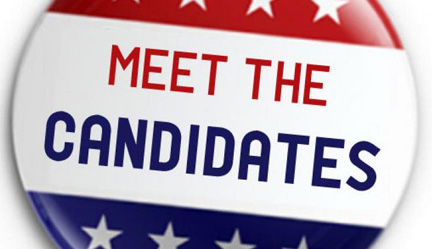