As the sun rises on a crisp October morning, Blue Mounds State Park comes to life with a buzz of activity. More than two dozen workers and volunteers gather under a bright blue sky for a special mission focused on America’s largest and most iconic animal.

A massive wooly beast that once roamed the great plains of the upper Midwest in vast herds that by some reports took days to pass. The Lakota had another word for it:

Pushed To The Brink Of Extinction

Estimated to have numbered 30 million or more at one time, the plains bison played a critical role, along with fire, in maintaining healthy prairie ecosystems. Weighing as much as a ton, and yielding 400 to 800 pounds of meat, the bison was also central to the culture, economy and spirituality of indigenous peoples.

“The buffalo gave us everything we needed,” said 20th century Lakota elder John Fire Lame Deer, who made his home on the Pine Ridge Reservation. “Without it we were nothing. Our tipis were made of his skin. His hide was our bed, our blanket, our winter coat. It was our drum, throbbing through the night, alive, holy. Out of his skin we made our water bags. His flesh strengthened us, became flesh of our flesh. Not the smallest part of it was wasted.”

As European settlers embarked upon westward expansion, though, bison were slaughtered by the thousands for their hides, for sport, and at the urging of military officials who saw the animals’ extermination as a strategy to weaken the Plains Tribes and force them onto reservations. Within a few decades, bison were pushed to the brink of extinction. The last wild bison in Minnesota was observed in Norman County in 1880, and by 1883 there fewer than 1,000 left nationwide.

Today, the North American bison is making a comeback through public, private and tribal efforts, and Blue Mounds State Park near Luverne, Minn., is playing an important role. The bison that roam a prairie enclosure here are among the most genetically pure strains anywhere. The park has sufficient range for about 75 adult bison, and each year, 20 to 30 calves are born. Each fall, DNR managers follow the herd’s management plan to keep the population at a sustainable level. As part of that process, bison are given a health checkup and vaccinations. Some are selected to be sold to other herds.

Blue Mounds State Park manager Chris Ingebretsen oversees that process along with the park’s buildings and grounds supervisor, Dan McGuire. The work unfolds like a noisy symphony – gates clanging, people shouting, and the unmistakable grunt of the bison. Ingebretsen and McGuire are the conductors of the orchestra, barking orders to keep the bison moving through the system in what seems like carefully coordinated chaos.

A series of wheeled gates lines a narrowing chute that helps direct the bison where they need to go – into a large mechanized crate that allows the attending veterinarian to examine the animal. The bison receive vaccinations before hair and blood samples are taken, which will help detect any disease and provide information about their lineage. At the same time, Ingebretsen and McGuire determine which bison stay at Blue Mounds, and which ones go to auction.

The work of sorting, vaccinating and gathering data on these 106 bison plays an important role in preserving the legacy of an animal that has figured so prominently in American history. As part of the Minnesota Bison Conservation Herd, the Blue Mounds State Park animals are special because they rank among the five percent of bison that have no cattle genes. After being hunted to near-extinction, well-meaning ranchers and conservationists bred the plains bison with cattle in an attempt to preserve the species.

The Blue Mounds State Park herd started in 1961 with three animals from Fort Niobrara National Wildlife Refuge in Nebraska. Now the Minnesota Bison Conservation Herd has expanded to about 130 animals at three sites: Blue Mounds and Minneopa State Parks, and the Minnesota Zoo, which has partnered with the Minnesota Department of Natural Resources on the project to preserve the animals’ genetic legacy. Management plans call for the herd to eventually grow to about 500 bison at several locations, offering ongoing opportunities to educate visitors from around the Upper Midwest about the important roles buffalo have played in prairie ecology, Native American culture and U.S. history. 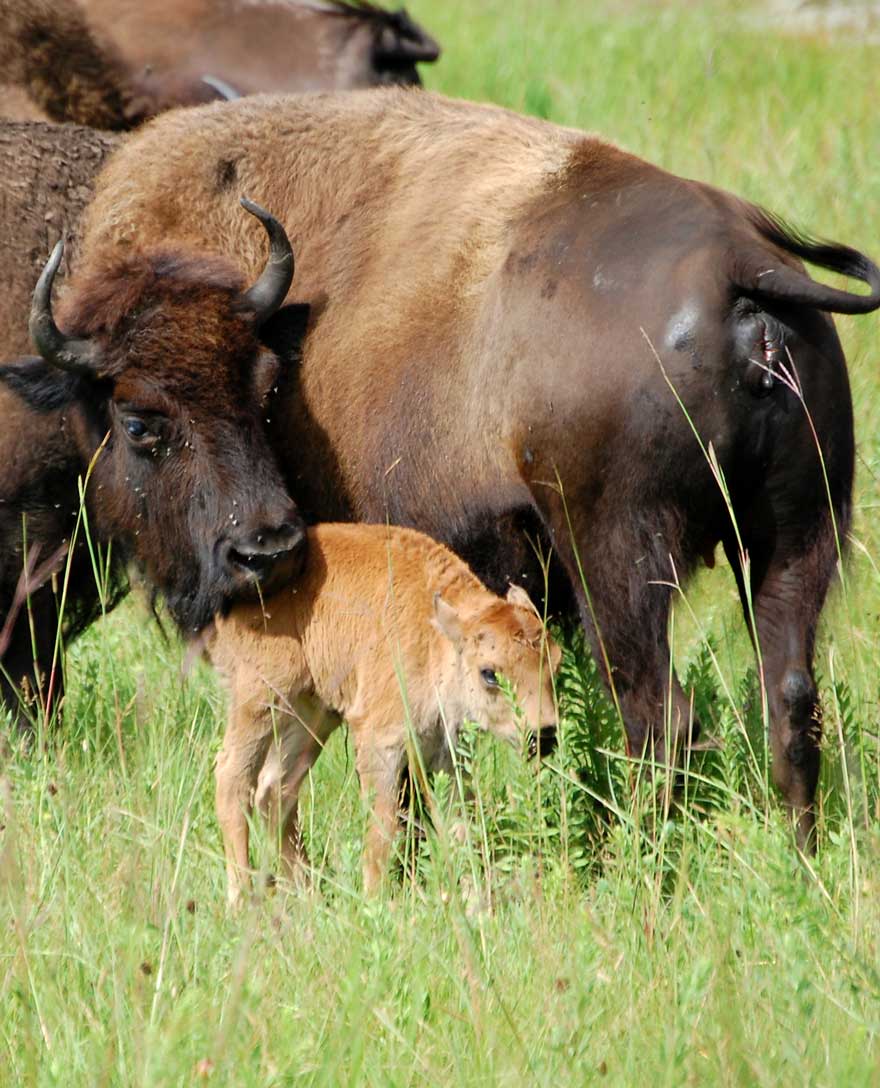 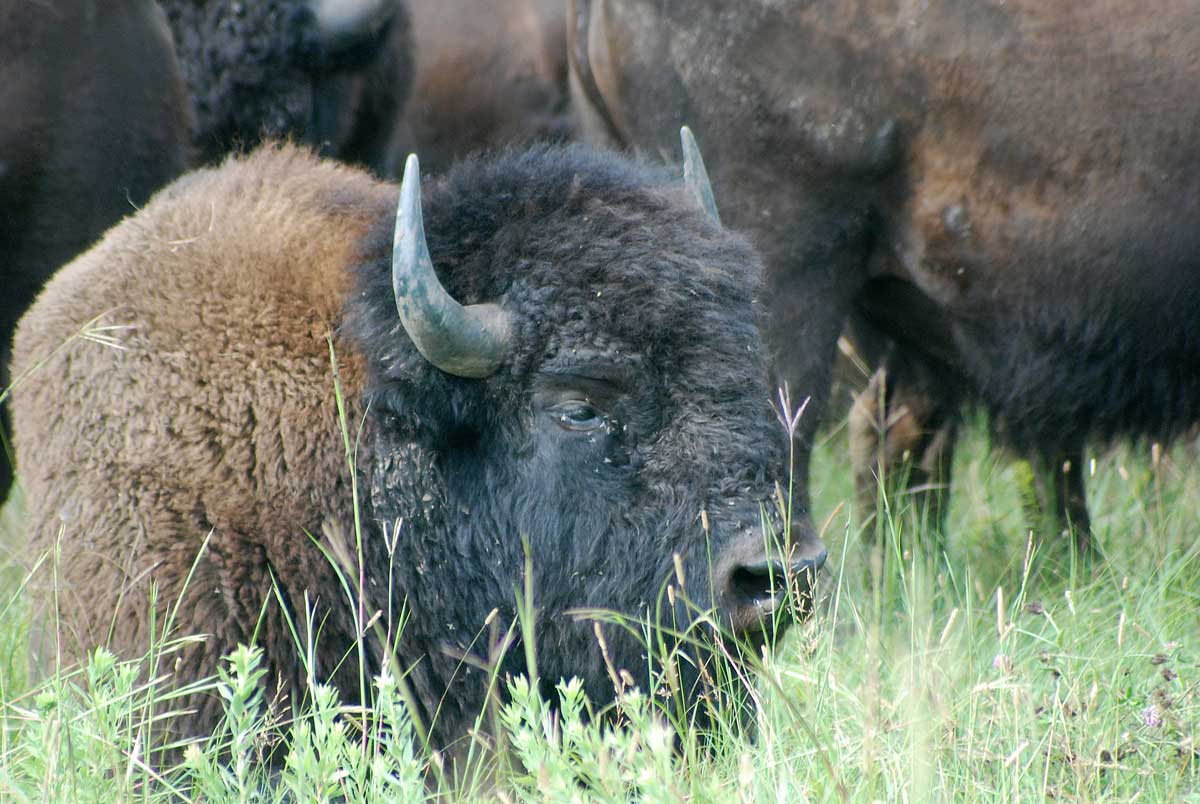