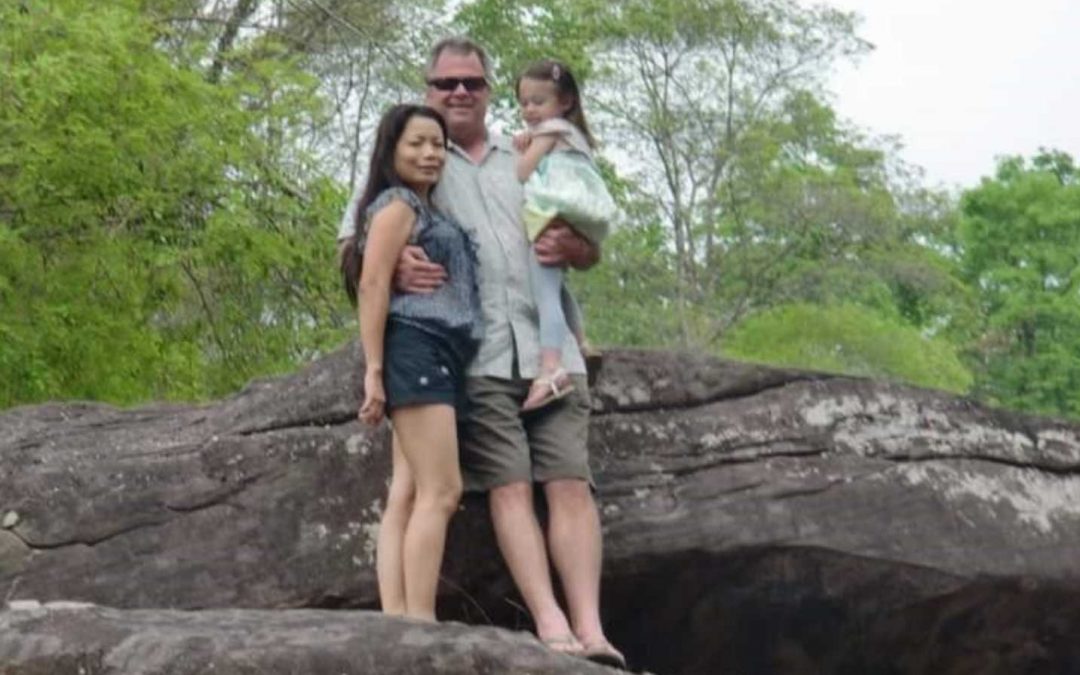 From The Desk And Camera Of Dave Claycomb, Legacies Of War Board member

Since that first excursion into Laos at Huay Xai in the mid-1990s, I have returned many times traveling the country extensively from Champasak Falls and my wife’s birthplace in Pakse, to the Bolaven Plateau and zip-lining through waterfalls in the south, to her dad’s hometown of Luang Prabang and along the Nam Ou for a meditation/yoga retreat in the north. Traveling by boat to remote villages that have been ravaged by UXO and seeing the Plain of Jars in Xieng Khouang province are vivid memories as are many other places.

Fast forward to 2011 and I was on a family trip to Laos with my wife Joyce, daughter Danica, Joyce’s parents and two of her sisters. By this point, I was well immersed in Lao culture and quite knowledgeable of the Secret War, having studied the issue. I had also heard many stories from family and Lao friends about life in Laos.

Joyce’s father had been trained as a soldier by the U.S. Army in the State of Georgia and had returned to Laos to support the U.S. effort there. When Vientiane fell and the Pathet Lao took control, he and the family of seven were soon captured and taken to a camp in the jungle about an hour’s drive northeast of Vientiane. While there, Joyce’s dad was apprehended during the night and taken to a remote camp near Xam Neua, only to escape after a few years and join the family for their harrowing crossing of the Mekong under the cover of darkness. Upon arrival in Thailand, they were placed in a refugee camp near Nong Kai until they were sponsored by a relative who had made it to San Diego in the U.S.

Because the stories that I had heard about their seven years of life in the camps were so sobering, I was surprised to hear her dad say at dinner one evening that he wanted to reconcile with his past and find the camp near Vientiane. Uncle Mone immediately volunteered to drive his vehicle and we set out early the next day in search of the camp. It took us two days to find the camp. When we found it, Joyce’s dad jumped out of the vehicle, spoke to some women who had gathered there, and returned with a big smile on his face.

We had found the camp. It was right there. We had parked right in the middle of it. They told us that the government had destroyed all evidence of its existence except for a small wooden schoolhouse, and they pointed up the road towards its location. We drove a very short distance and, as we were exiting the vehicle, Joyce said to Danica, “That was my school.” We went inside the dilapidated, multi-classroom building and it showed signs of its prior use with chalkboards on some of its walls. A new school had been built nearby so this structure was no longer used by the students in the village. We walked over to the new school and the kids came running out to greet us. They played with Danica for a while and then we departed for our drive back to the city.

We didn’t talk much on the return trip to Vientiane and I don’t remember ever talking about that day again. Like many of the memories of that difficult period for the family, and numerous other families, many of the painful stories of those days have been left untold.

Here at Legacies of War, we believe that sharing stories of our experience and that of our families and friends has a powerful way of healing as a community.

What’s your story? We’d love to hear from you! 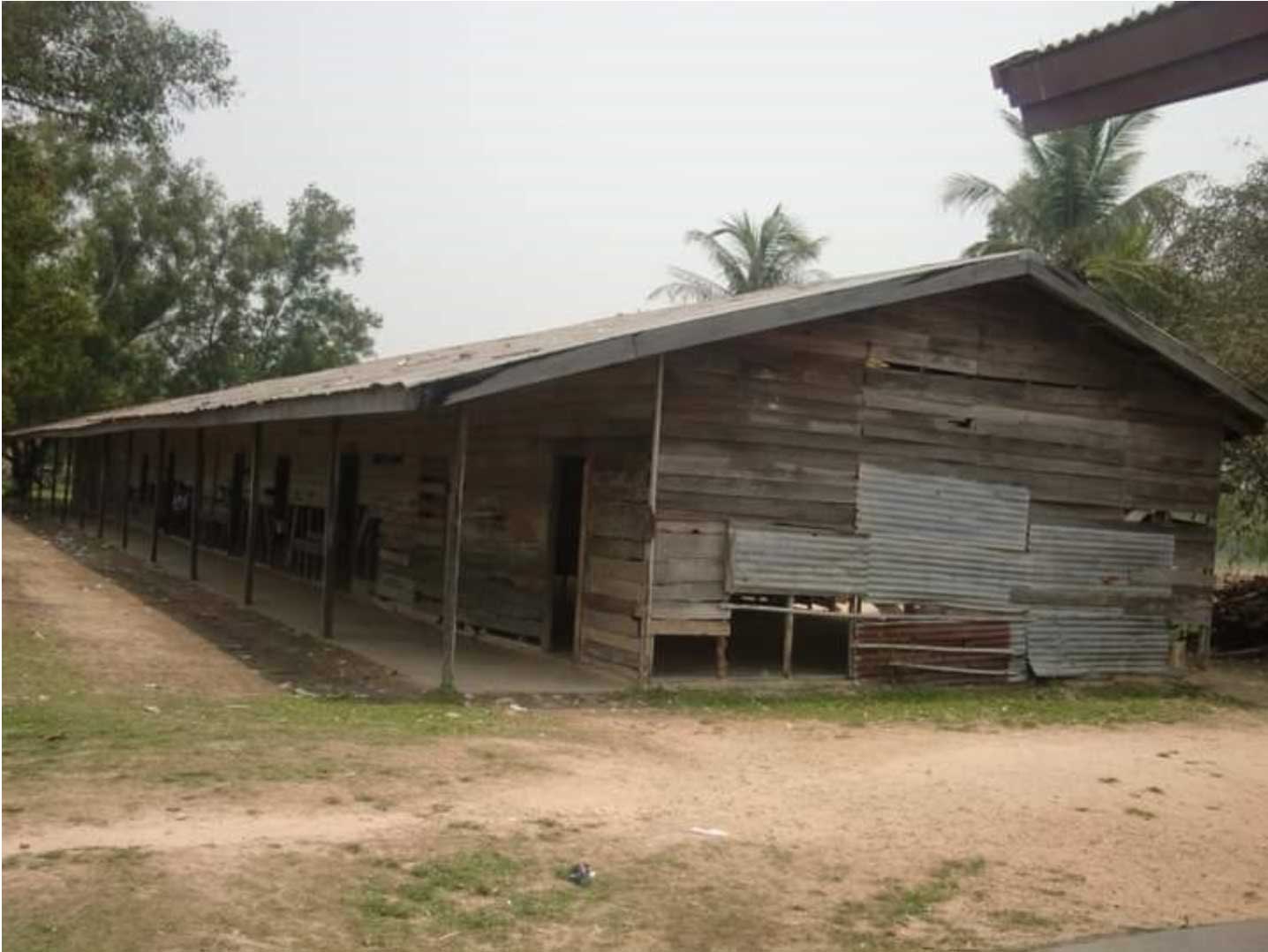 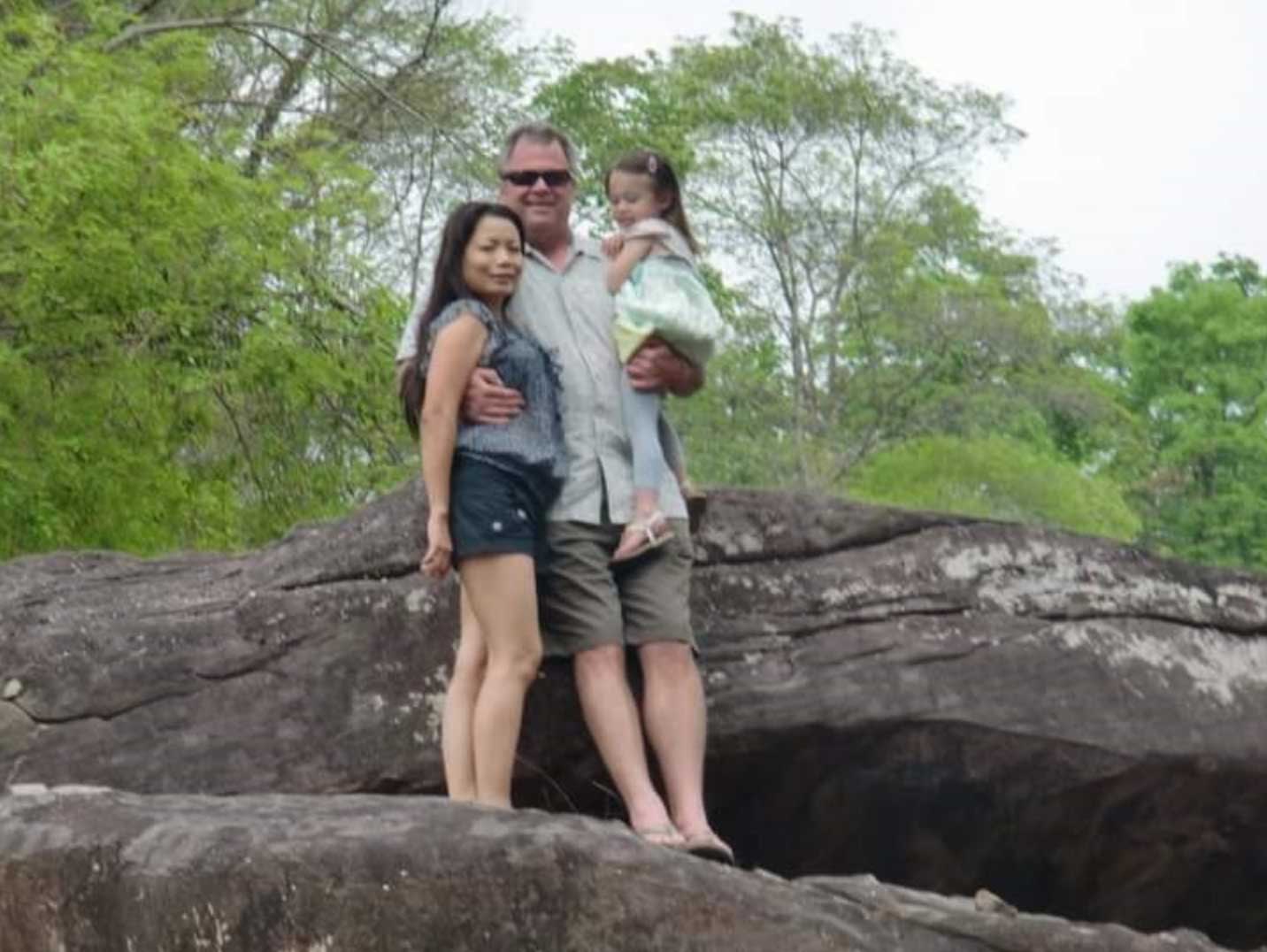 Dave And Joyce With Daugter Danica 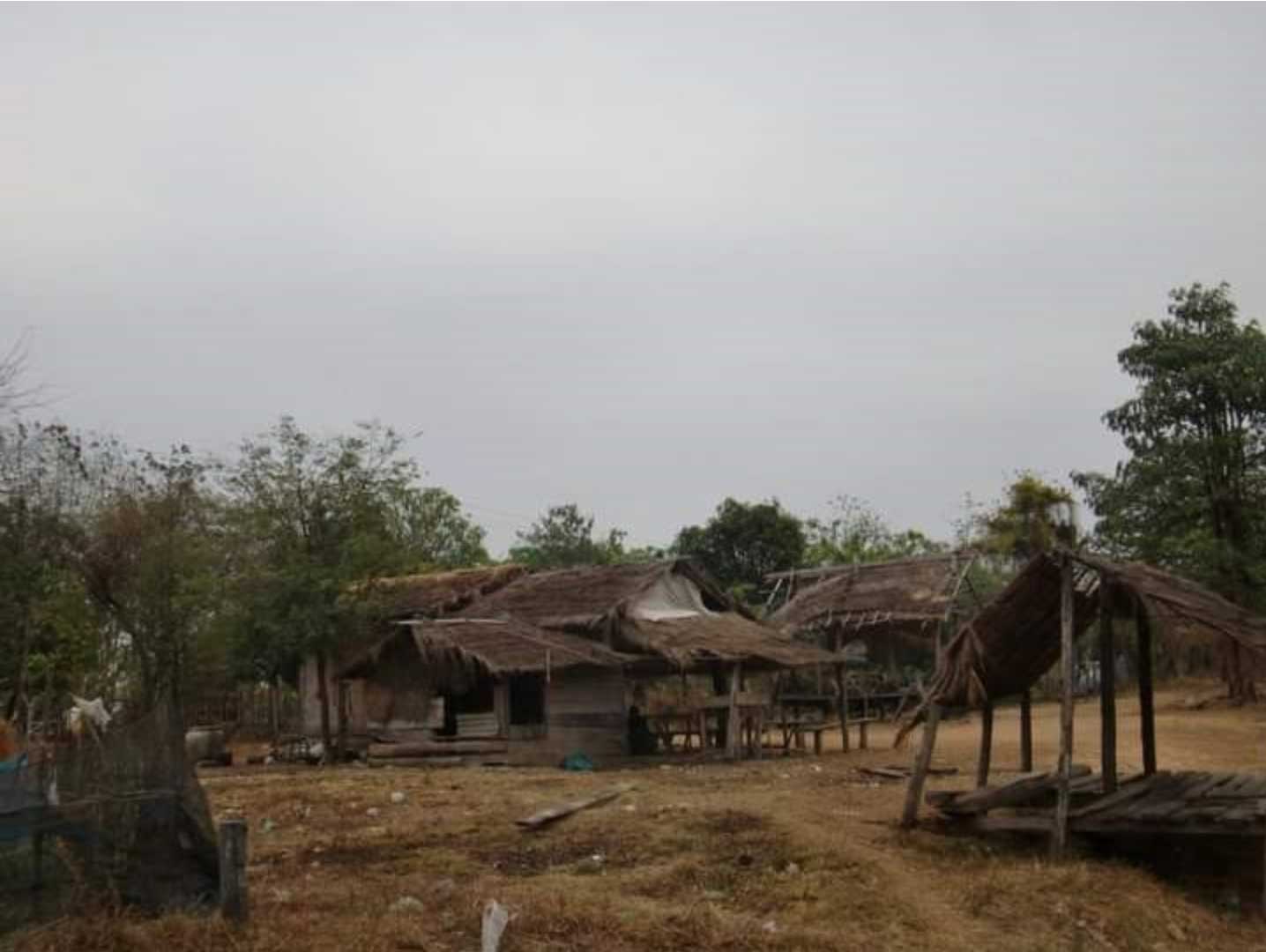