By JT Hwang-Hainje and Lilyan Park

From Marvel to DC, Sony, Disney, and beyond, professional stuntwoman and fight choreographer Michelle Lee has made the ultimate transformation to leading lady! Known for her graceful combative skills, Michelle has starred and appeared in a plethora of projects including her most recent series, Paramount+’s “Blood & Treasure,” which just finished its season 2 run. We would love to arrange an interview with you and Michelle to discuss her illustrious career, her transformation from top tier stuntwoman to leading actress having starred and stunted in projects including BLACK WIDOW, CAPTAIN MARVEL, BULLET TRAIN, SUICIDE SQUAD, VENOM, and PIRATES OF THE CARIBBEAN, to name a few. Michelle is also available to discuss representation in the industry and the importance of strong female leads from all walks of life.

Born in Long Beach, California, Michelle moved to Taiwan right after her birth and spent the first 5 years of her life with her grandmother where she became fluent in Chinese as her first language. Michelle experienced a big culture shock after she moved back to the LA County when she was 5 years old to rejoin her parents. Having to learn English upon coming back to the US, Michelle became quite introverted because of the language barrier and culture change. Her mother pushed her to take acting classes to help get her out of her shell and more open which led to her pursuing work as a child actor. As she continued her education, Michelle would start taking martial arts classes when she was in high school. Michelle went on to attend UCLA for college, but still had an itch to pursue acting. Once she finished at UCLA, Michelle auditioned for the role of a ‘fighter’ and with her martial arts background she booked the gig and found out she would be fighting alongside Chow Yun-fat in Disney’s PIRATES OF THE CARIBBEAN: AT WORLD’S END. From there, Michelle began booking stunt/fight work in various blockbuster films and television series including BULLET TRAIN, PACIFIC RIM, UMMA, SUICIDE SQUAD, OLYMPUS HAS FALLEN, and THE LAST AIR BENDER, to name a few.

Paramount+’s “Blood & Treasure” is a high-stakes action/adventure series that centers around a brilliant antiquities’ expert and a cunning art thief who team up to catch ruthless terrorist who funds his attacks through stolen treasures. As the team crisscross the globe hunting their target, they unexpectedly find themselves in the center of a 2,000-year-old battle for the cradle of civilization.” Michelle joined in season 2 of the series bring the character of ‘Violet’ to life, ‘Lexi’s’ former partner in crime. Unbeknownst to Lexi and the rest of the team, ‘Violet’ was revealed to be a double agent in the latest episode. Please use the following link to view the series trailer: Blood & Treasure Trailer

When Michelle is not busy in front of the camera, she can be found spending time with her daughter. Keeping up with her martial arts is very important as well and Michelle likes to stay in prime shape by working out and training rigorously. Michelle also hopes to use her platform to inspire other women and POC people in the industry to continue to pursue their dreams and desired careers. 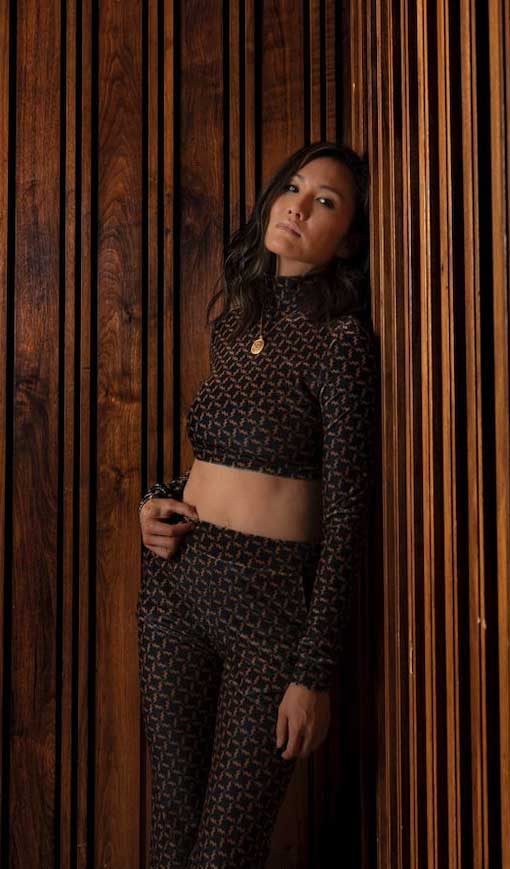