Memoir Of A Hmong Child – A Short Story

It was a bright day that day, one like any other. It was sunny with large gliding clouds in the sky. An intermittent cool breeze blew away any sweat that dared collect at her hairline and the back of her neck which was bare due to her pony tail being tied up too high that morning. The weather was okay, something she’d consider usual. Unremarkable. Just normal. It was typical California weather.

To her, sunny days were ordinary. But to many of her relatives who’d often visited her and her family, they called this “great” weather. In fact, they deemed her and her family lucky. You guys are so lucky for always having warm weather, they’d say. She had many relatives and they all lived far, far away. Some lived in L.A. like her uncle, her mom’s brother. And the rest were from a place called North Carolina or from another called Minnesota. They didn’t always have sunny weather, she’d guessed. From where they came, they had snow during the winter and probably rain in the spring. California had rain. She knew that much. But snow.

Snow. She had never seen it in her life. She has of course seen it in cartoons, like in Frosty the Snowman, a Christmas movie her second grade teacher, Ms. Sunada, showed her class that Friday before winter break. What did it feel like, she’d wonder. Kids in that movie rolled the white substance into large balls and turned that into a man. How magical that must be.

One other place she’s seen (and imagined to be real) snow are on the tops of mountains. She thinks snow grows there. Maybe.

Actually, she has actually really spotted what she thinks to be snow there, on mountaintops. It’s only from afar, but she thinks it’s real. On her drives to and from L.A., when she goes with her mom and dad to see her uncles and grandma, she often sees white peaks at the very tippy tops of mountains. That regularly made her curious, very curious indeed. But she dared not ask her mom and dad why there was snow there.

She didn’t ask them about a lot of things that made her curious. Her mom and dad were not very nice about questions. If she ever spoke too much or talked too loudly, they were known to give her a slap on the head or a loud yelling every now and then. What’s worse, they often called her “stupid” and “just a kid,” so she didn’t want to bother them, especially not about something so far away, something she only saw in cartoons.

One day, she was on one of these trips to L.A. from Fresno. When she got to her uncle’s house, she asked, “Uncle Nue, why are the tippy tops of mountains white?”

Her uncle watched her and smiled. “It’s snow! Have you ever seen snow?”

She shook her head no. She secretly wished for him to offer to take her to the snow, but she was scared of her mom and dad. Instead, she made a straight face and feigned disinterest. She bit her lip to not smile. She did this even though her heart pounded with longing to see and feel the white substance. Part of her wanted to give in and ask. But another held her back.

She knew that if she made her uncle feel in anyway obligated to take her to see the snow, maybe her mom and dad, once having a moment alone with her, would yell at her and call her bad. If they become mad, they may even hit her for being a bad kid to her uncle. “Are you going to die if you don’t get to go?” is what they would ask of her as she was sobbing (she often sobbed at times like these). And if it came to this, she would probably answer, no. No would be the right answer. No, she wasn’t going to die if she didn’t get to see the snow.

Dying would be something like not eating for a long time, or not having water in the desert, like in Ms. Sunada’s storybook about camels. That was a real way to die. But not seeing the snow, no, that couldn’t kill her. Or maybe like if she was stabbed in the belly by a sword, like in the Jet Li movies that she liked to watch on the weekends, where half of his head is bald, and the other half was growing a long braid of hair, and he’d kill the bad guys with long swords. Yes, if she was stabbed by a sword, this might be a real way to die. But not seeing snow, no, probably not. Even though deep inside of her, she felt like her spirit was dying from not having snow in her life.

Even though not getting to build a Frosty of her own made a large hole grow deep down in her stomach, as painful as a bellyache from eating too many sour Mangoes with chili pepper at the New Year’s celebration, she still pretended to be disinterested in the snow when her Uncle Nue asked her of it. She hated herself for it, but she knew this was the best decision. Anything would be better than to hear her mom and dad’s angry voices at home later. But snow. Snow.

People called her lucky. She thought they were wrong. 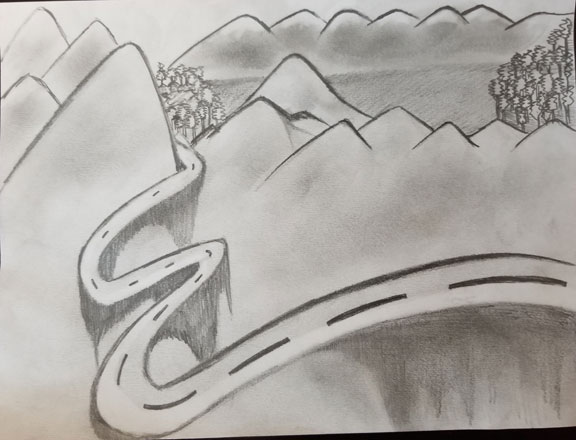