May Lee-Yang Brings KDrama To Light

In August Theater Mu hosted a new May Lee-Yang play entitled, “The Korean Drama Addicts Guide to Losing Your Virginity.” Hmong Times caught up with Lee-Yang and asked her about her play.

Hmong Times: How did you come up with the title?

Lee-Yang: I struggled with the title. I originally wanted a title that reflected a Korean drama aesthetic – like The Moon Girl Embraces the Song, but I thought only Korean drama insiders would get the jokes. So I settled for something accessible to anyone, regardless of what their relationship (or lack thereof) is to Korean dramas. Also, the title reflects the play’s plot.

HT: What was the inspiration?

LY: Korean dramas have taken up a lot of space in my life, so I wanted to do something productive with it. I had a fantasy about writing my own Korean drama series and as a playwright, this is the closest I’ve gotten to that.

HT: Could you describe the process of writing the play and then bringing it to production?

LY: I was fortunate that this play was commissioned by Theater Mu, with funding from the Jerome Foundation. This allowed me to have four workshops over the last two years to develop this work. A workshop is just time for me to sit in a room with actors, a director, and a dramaturg (like an editor), hear the play out loud, engage in conversations about the play, then go back and write it. Sometimes the workshop ends in a staged reading where audiences get to give me feedback, so that I can go back and clarify the play. I’ve been blessed with a community of people who have given me feedback – including Kdrama consultants.

HT: What were your hopes for this play?

LY: I wanted to see this play remounted throughout the United States. Unlike my past work, this play was not about me, so it didn’t require that I perform in it. Korean pop culture is also huge internationally, so I hoped that audiences who do not necessarily see theater or care about Hmong people checked it out. I hope this play spurs on deeper conversations about the complexity of the Asian and Asian American worlds, spiritualty (there’s a supernatural twist), and romance. We don’t get to see enough Asian-on-Asian romances in the United States, and I wanted to change that narrative.

Mai See Lee was an ensemble member of the cast. She played multiple characters. She said of her background in acting, “I had been introduced to acting as a child and developed a strong passion for it. I’ve taken courses and attended an academy on acting. I’ve partaken in performances with Steppingstone Theater and at the University of Minnesota.”

She added that her favorite part of the play was, “How this performance draws light to Asian identities. As a Hmong performer, I’m especially fond of the fact that the play is written with roots in Hmong cultural beliefs. We don’t often receive stories written by Hmong people for Hmong people to view and perform. You can also never get enough of Kdrama moments being relived throughout this play.”

While the play was multicultural it was still an Asian play, but Lee said, “I feel authenticity when I am acting and supporting the other fellow cast members because we are playing who we are either as Korean or Hmong. As I get to know other actors, I feel proud representing my culture, but also getting to learn more about theirs.”

Dexieng Yang who played Gao Hlee Song, the lead in the play said, “It was different for me, because I’ve only experienced working with white folks, and that’s fine, but it’s nice to not be the only Asian or one of two minorities in the cast. It’s been such an amazing experience as we saw a role written for a Korean being played by a Korean or see my “mom” be Asian and not only Asian, but Hmong like I am. I also feel, it is more authentic. This show was multi-cultural and for it to be that way made it more honest in my opinion.” 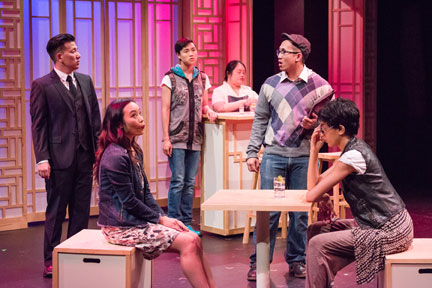 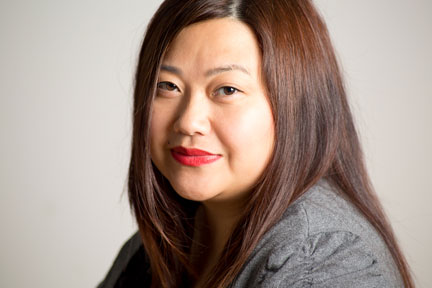