Many See New Opportunity Amidst The Rubble Of Uprising

Looting and fires broke out in late May following the police killing of George Floyd at 38th Street and Chicago Avenue in South Minneapolis. The area near the Minneapolis Police Department’s Third Precinct, at Lake Street and Minnehaha Avenue, was among those hit the hardest.

Between government entities and nonprofits, hundreds of millions of dollars could be allocated toward relief efforts in the Twin Cities. Some stakeholders said the efforts have spurred strong collaboration and have opened new doors for opportunity.

Lake Street Council, a business association that spans the Lake Street corridor, has been at the center of some of the organizing.

“We’ve had a lot of conversations around what our role is,” said Lake Street Council Board Member Lorena Pinto. “Right now, it’s about us stepping up as a business organization to help the businesses that have been impacted by the looting and the destruction and, ultimately, the communities that need to heal due to the [alleged] murder of George Floyd.”

The Lake Street Council has raised about $8.8 million from more than 65,000 people. The organization has created a Recovery Fund Oversight Committee, comprised of local business and community leaders, to help disburse the funds. More than 300 applications have been received.

The Lake Street Council website has become a hub for all kinds of relevant information – listing out organizations taking donations and business owner resources, among other assistance. The team has also linked the websites for assistance in North Minneapolis and the Midtown area of St. Paul, two other regions of the Twin Cities that were hit hard by the protests that turned destructive.

The group has conducted tours with state and federal lawmakers and connected with the many businesses affected in the corridor. The council’s website notes that many businesses in the area are owned by immigrants and People of Color.

According to its website, Lake Street Council hopes to distribute funds as equitably as possible with a focus on helping “the hardest-hit and most vulnerable businesses in our community, which disproportionately includes immigrant and POC-owned businesses.”

“We know that there is a need for social justice and a need for reform,” Pinto said. “We are really concerned with what that impact is for the business owner, the business owner who is an immigrant, and/or if they are a Person of Color and Indigenous here in Minnesota.”

Some groups are finding that, amid tragedy, the recent unrest has created an opportunity for change. Migizi, a Native American nonprofit dedicated to youth outreach, caught fire in the first week of protests.

Kelly Drummer, Migizi’s president, said there’s been an outpouring of support. Migizi has traditionally been dependent on federal and state grants, but they’ve gone from about 20 donors before the fire to 15,000 donors since. Migizi has raised about $1.8 million from its GoFundMe campaign.

“I’ve really never seen anything like this as far as our whole nation coming together and really uplifting minority-owned businesses,” Drummer said.

Lake Street Council has reached out to help, but Drummer said it has felt like Migizi is on its own. The organization has put together a rebuild committee and has tapped into industry experts. She said that regardless of the assistance that’s offered, it’s up to the businesses to take the necessary steps.

In June, the Minnesota House of Representatives passed the PROMISE Act, which allocates $300 million toward rebuilding parts of the Twin Cities. The bill’s chief sponsor, Rep. Mohamud Noor, DFL-Minneapolis, said lawmakers are working to find a consensus to bring forward in the legislature’s second special session.

Although the legislation passed the Democrat-controlled House, the Republican-controlled Senate hasn’t yet taken on a version of the bill. Generally, Republicans favored the aims of the bill.

Rep. Aisha Gomez, DFL-Minneapolis, created an amendment to the bill that would establish a “Civil Unrest Investigatory Commission” to investigate and publicize government response to unrest – and to create policy recommendations if unrest were to recur.

Noor is also hoping the bill can provide protections that ensure against gentrification and stabilize rent costs. “It’s something that I think we need to be able to bring back the economic vitality for those areas and ensure that we generate good economic prosperity,” he said.

Noor is also the vice-chair of the Jobs and Economic Development Finance Division of the House. “Essentially, we want to return those folks to continue working in those areas and be able to give them the help they need.” 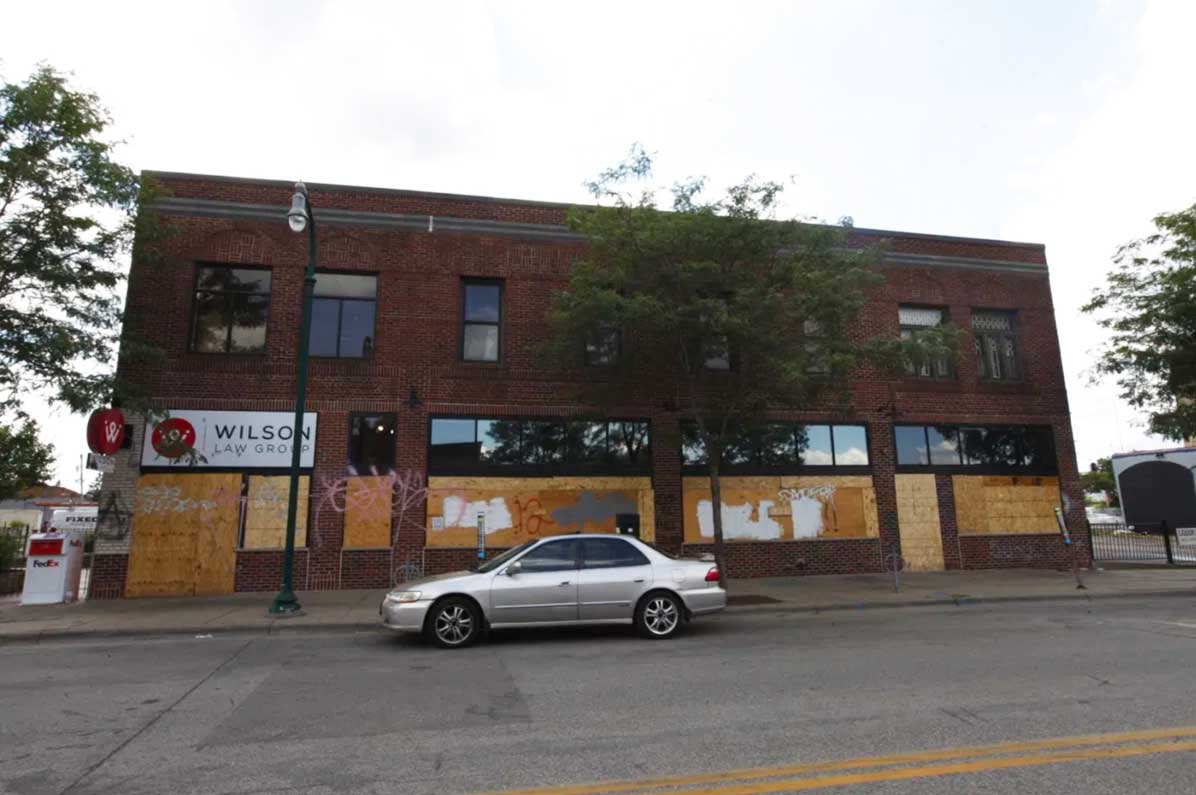 Migizi Youth Center in the aftermath of the Lake Street violence. Photo by King Demetrius Pendleton 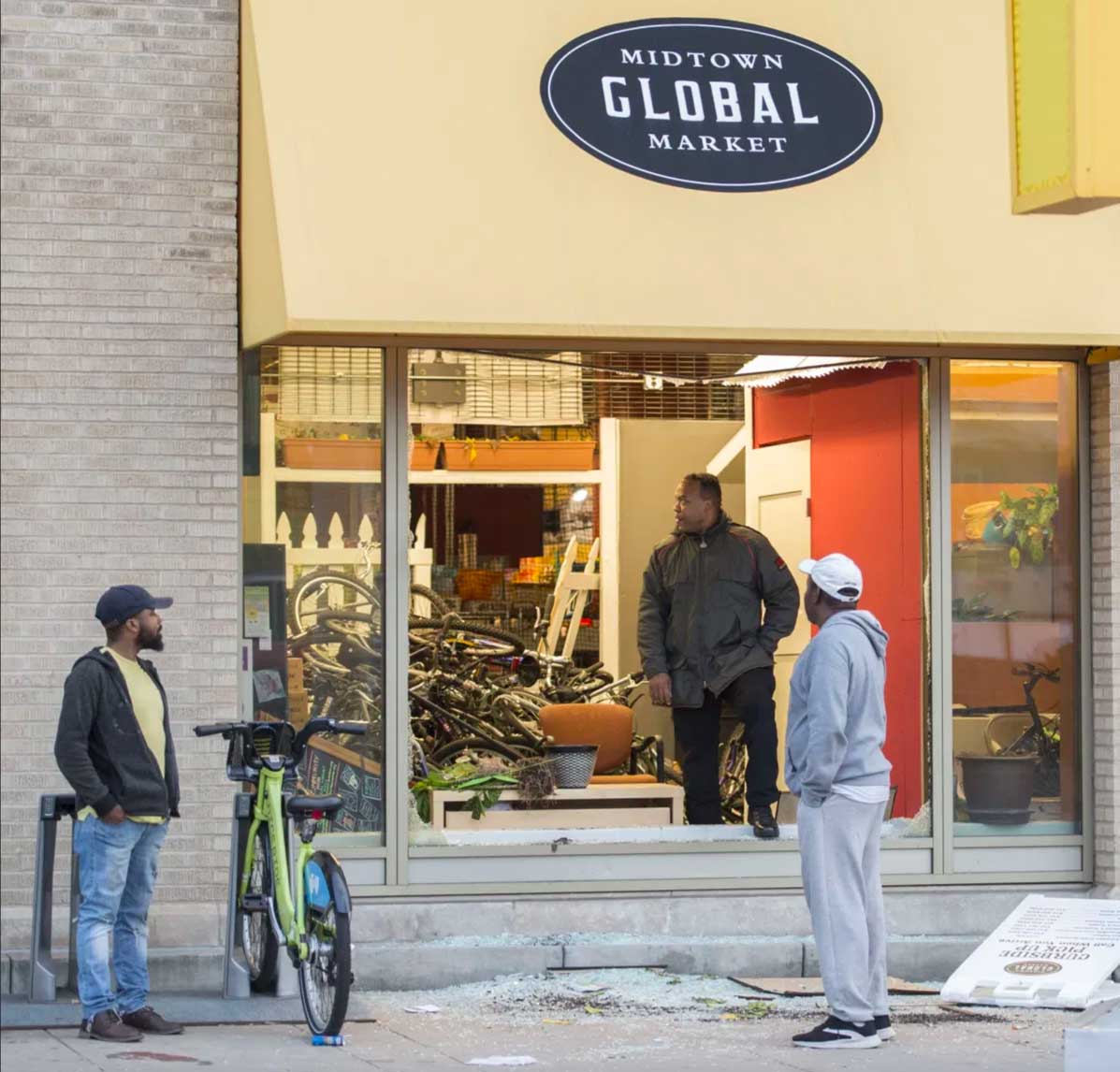