The motto of the Mai N. Moua Law Office has been, “Law That Speaks Your Language.” The law firm of Moua and Shuly Her has “over 20 years of combined experience in the areas of criminal, immigration, and personal injury law, Mai N. Moua Law Office will effectively help you understand your unique legal situation. Our culturally diverse office can guide and communicate in English, Spanish, and/or Hmong to ensure our clients understand the legal issue(s) in question, as well as provide the highest quality of legal representation,” says their website.

Like many of her generation Mai Neng Moua began life in a refugee camp, Ban Vinai, in Thailand. “The things that we go through, it’s not necessarily something that people want to go through,” Moua said in an interview with MPR. Her mother was shot in the back and the arm during their escape leaving her disabled and with visible scars. Her mother’s wounds became infected while in the camp and required head surgery.

She said of her family’s experiences, “A lot of it is just trying to get to a safe place, because you’re just running for your life. And that’s really what it is… our Hmong refugee story is of fleeing the jungle, of hiding, of having to drug kids with opium so they don’t cry in the middle of the night and give away the location.”

She came to the U.S., to Minnesota, in 1982. It wasn’t easy at first. She remembers racism and name calling and her family’s cars being vandalized.

“I remember one time, we woke up, we went outside, and our cars were damaged,” she said. “The windows were broken. Someone climbed on top of the roof, and then jumped down on the hood of the vehicle, and you can see the footprint still on the vehicle. And we would call the police, and make a report, but nothing was done about it… stuff like this happened all the time.”

She was the oldest of 8 and had a lot on her plate. “Being the oldest, it was always on my shoulders, always on me,” she explained. “I had to be able to figure it out. I had to be able to make things work, because when my parents couldn’t do it, they came to me. And when my siblings needed something, they came to me. And so my whole life has been, ‘How do I figure this out? How do I make this work?’”

These early hardships led her to a passion for law. She graduated from William Mitchell College of Law. “It took everything that I had to be as disciplined as I was, to be able to graduate from law school at 25, and to be able to continue to work in the field,” she said.

While she is always pushing herself to work harder Minnesota Lawyer has recognized the work that she has done and named her one of Minnesota Lawyers of the year. They say on their website, “Every year Minnesota Lawyer honors the top attorneys throughout the state of Minnesota for their notable achievements. This year’s honorees are an impressive group of newcomers and veterans. We honor them at the 18th Annual Attorneys of the Year Award Ceremony on the evening of February 7, 2018 at the Hyatt Regency in downtown Minneapolis.” They recognize Partners, Individuals, Groups and “Outstanding Service to the Profession.” 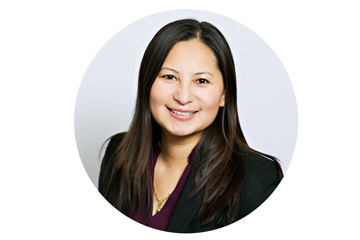