Love Yourself First Is The Secret To Happiness: A True Story Behind the Multi-Talented NasLis Lis 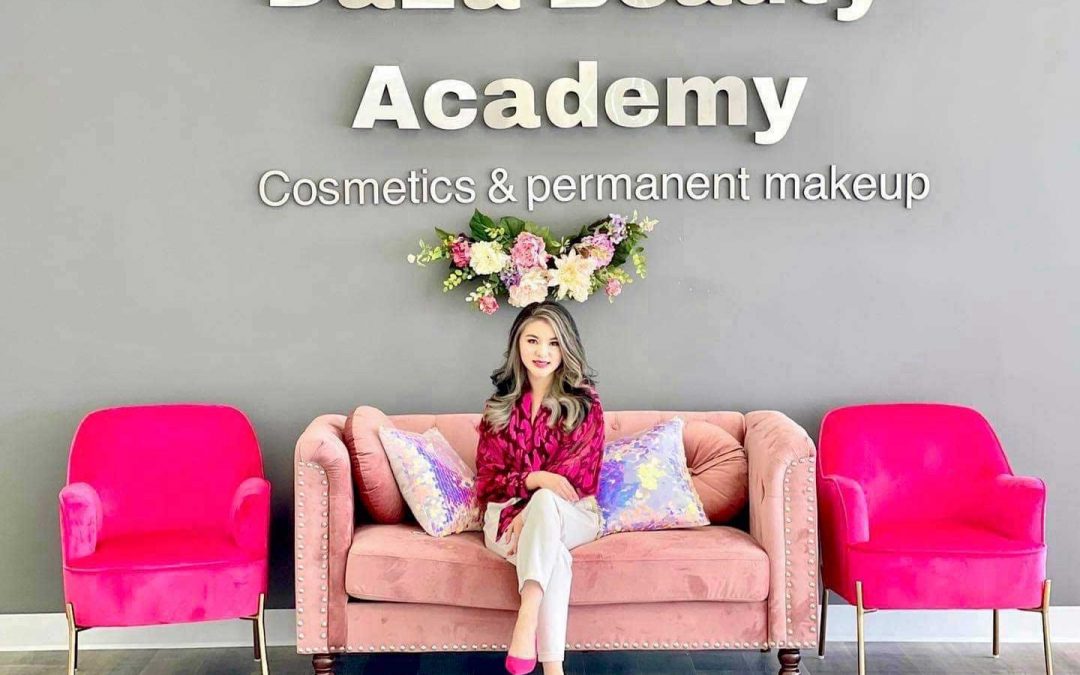 Love Yourself First Is The Secret To Happiness: A True Story Behind the Multi-Talented NasLis Lis

Once upon a time there lived a little Hmong girl in a village. She was the eighth of nine children to her mother who was the first of two wives. Her father was a farmer in the city of Khe Me, Thailand. She had six sisters. There were many girls in her family because her father kept trying for boys. He married a second wife and had three more kids.

Because she was a girl, and also the youngest among many, she didn’t have money for school. But in her heart, she knew she wanted more. In her heart, she knew that her struggling mother loved her; even though that love was divided between 9 kids, it was good enough for her. The little girl gathered what she could find, pencils and paper, and took them with her to a boarding school in Thailand. Her parents lived five hours away. No one sent her money, no one asked about her needs or could help her. On her holidays, she went home to help her parents at the farm. When school resumed, she would return there like a lost forest bird. Traces of her mother’s love kept her going, alongside her own resounding voice inside her head saying, “Even though no one helps me, I have to help myself.” It was a mantra that kept her strong. The thought that she would be there for herself was her only hope, especially when she felt like quitting. Because she felt like quitting often. Her Thai classmates had so much compared to her. They had material things, love, and family support. But most of all, they had opportunity. The little girl’s eyes were opened. Her heart raced when she saw the life they had. She too wanted those things. She wanted to live like the Thai. But how can a simple Hmong village girl compete?

But life was unkind. When the little girl turned 15, her mother passed away. It was a shock that hit her like a thousand arrows through her heart. It was a pain that made her want to leave everything behind including school. “What’s the point of life now? Who’s going to love me?” She cried many rivers for her mother, but her mother didn’t come back. The little girl surrendered to life, to the ground and the sky, but no one heard her. The girl finally turned to God for solace, and she found peace. She was then reminded again, “Even though no one helps me, I have to help myself.”

When she turned 18, she finished high school. The little girl felt that she wasn’t as skilled as her Thai counterparts, but she wouldn’t settle for a life in the farm. She didn’t know what she could do, but she knew there had to be something. “I am not good in studies, but I am good in other things.” That thing was fashion. The little girl loved fashion and beauty. Even though she didn’t have much, she still loved to take good care of her clothes, her hair, her skin and her makeup. “If I don’t love myself, who will? I have to love myself.” And so, she treated herself very kindly. She listened to her heart and that led her to a sewing shop, where she learned to sew and design Hmong clothes for Hmong-Americans to buy. To her amazement, she was great at it. People loved her designs. People bought from her. She started to make money.

That year, she also entered a beauty pageant in her hometown Khe Me at the 2009 Hmong-Thailand New Year’s Festival. And she won! She became the beauty queen in her small village and that gained her traction. Hmong-American and Hmong-Thai film producers found her and promoted her as their new talent. The little girl starred as supporting actress in Modern Jungle Arts Studio’s hit movie Hlub Tshaj Txoj Sia, starring Tub Yaj and Tshaj Hawj. She also landed the leading role in Xaab Thoj’s comedy Hmoob Dawb Hmoob Ntsuab.

As her popularity reached heights, her heart also did. The little girl, not so little anymore, fell in love with a tourist visiting Thailand. He was a Hmong-American man from Minnesota, and the two were inseparable. They married and moved to Minneapolis. When their plane landed at MSP airport, the beauty of this new country took the girl’s breath away. The cleanliness of this new country intrigued her. But most of all, it was the freedom of opportunity that permeated the air that really opened the girl’s eyes. It made her feel alive. The autumn colors and scents of Minnesota greeted her kindly. To this day, autumn remains her favorite season. From that day forward, it was a new life in a new world. Though she did not have many family members in Minnesota, only an aunt, the girl knew that things were going to be okay. She also had her faith to help guide her. And she had her husband. He was her family now and they would build a family together.

But life unfolds in the most unexpected of ways. Even though they had a daughter, she and her husband started to drift apart. Their differences reached center stage so much so that their love for one another did not suffice. It broke their dynamic. It broke her heart. Her marriage was unsalvageable, but she knew she had to be salvaged. She told herself, “Even though no one can help me now, I have to help myself.” Again, she found herself in a new place with no one to send her money, no one to ask about her needs. But she’d done that before. She knew she could do it again. The girl gravitated toward what she knew best – beauty. During the separation, the girl found work in a nail salon while also attending adult school to learn English. The girl knew that if she were to survive in this country by herself, language would be her asset. Her marriage couldn’t be salvaged, but she needed to be.

After a few relocations within the states, the girl found herself back in Minnesota with her young daughter, Sophie. She had few things to her name but at least the autumn leaves of Minnesota still warmed her heart. Opportunity hadn’t ever left her. And so hadn’t her dreams. Most of all though, there was Sophie, and her love for her daughter kept her going. The pair lived in a little apartment in Minneapolis. One day, Sophie came to her and asked, “Mommy, why do we live in a little apartment and not a nice house like other kids?” The girl’s heart ached. She realized, it wasn’t just about her anymore; it was her and her daughter now. “I am a single mother,” she told herself, “but my daughter doesn’t have to live a bad life. I can give her a good life. I’ll make sure of it.” The girl worked extra hours. She taught herself how to manage her money, subtracting expenses she did not absolutely need and only kept those that she did. She spared money for her daughter’s living, food, and some for her savings. Even though the girl didn’t know her exact plan at the time, she had a dream. Working in the nail salon helped her see the value and market of beauty for women. Everyday, the girl surrounded herself with such business-oriented women, those who were positive-minded and who would uplift her. And after three years of this consistent diligence and belief, the girl had enough money, knowledge, and courage to open her own academy for beauticians. “Beauty can make you money,” she recounted, “all single moms and women out there should know this.” Though the girl had to suffer and pave her own path in unknown terrain again and again, she felt that other women shouldn’t have to. She would teach them what she knew.

“The secret to life,” the girl reveals, “is to love yourself first before anyone else. You have to believe in yourself too because if you don’t, who will?” But how does one love themself? You might ask. Where does that start? “To love yourself, you must find the good thing for yourself, and then support yourself. When you do this good thing, if it does not turn out good, then at least you know that you have tried your best and that is okay.”

The little girl’s name is NasLis Lis. A then actress, fashion designer, model, and beauty pageant honoree from Thailand, she is today a mother, an entrepreneur, and an advocate for women and self-love. After eight years of being in the U.S., Naslis finally accomplished her and Sophie’s dream of owning a new house and car. Her next step is to build a large center for educating and marketing beauticians for the Hmong community. “It is a gift that I want to create and leave behind for the Hmong people,” Naslis shared. And she has every faith that she can do it. A natural leader with compassion, Naslis wants to pave the way for new and aspiring beauticians, especially if they are a single mom like herself. “Single moms are amazing, and they shouldn’t have to suffer. If they love themselves, anything is possible.”

“If I can do it, anyone can,” Naslis affirms. “Love yourself and remember, even though no one helps me, I have to help myself.” 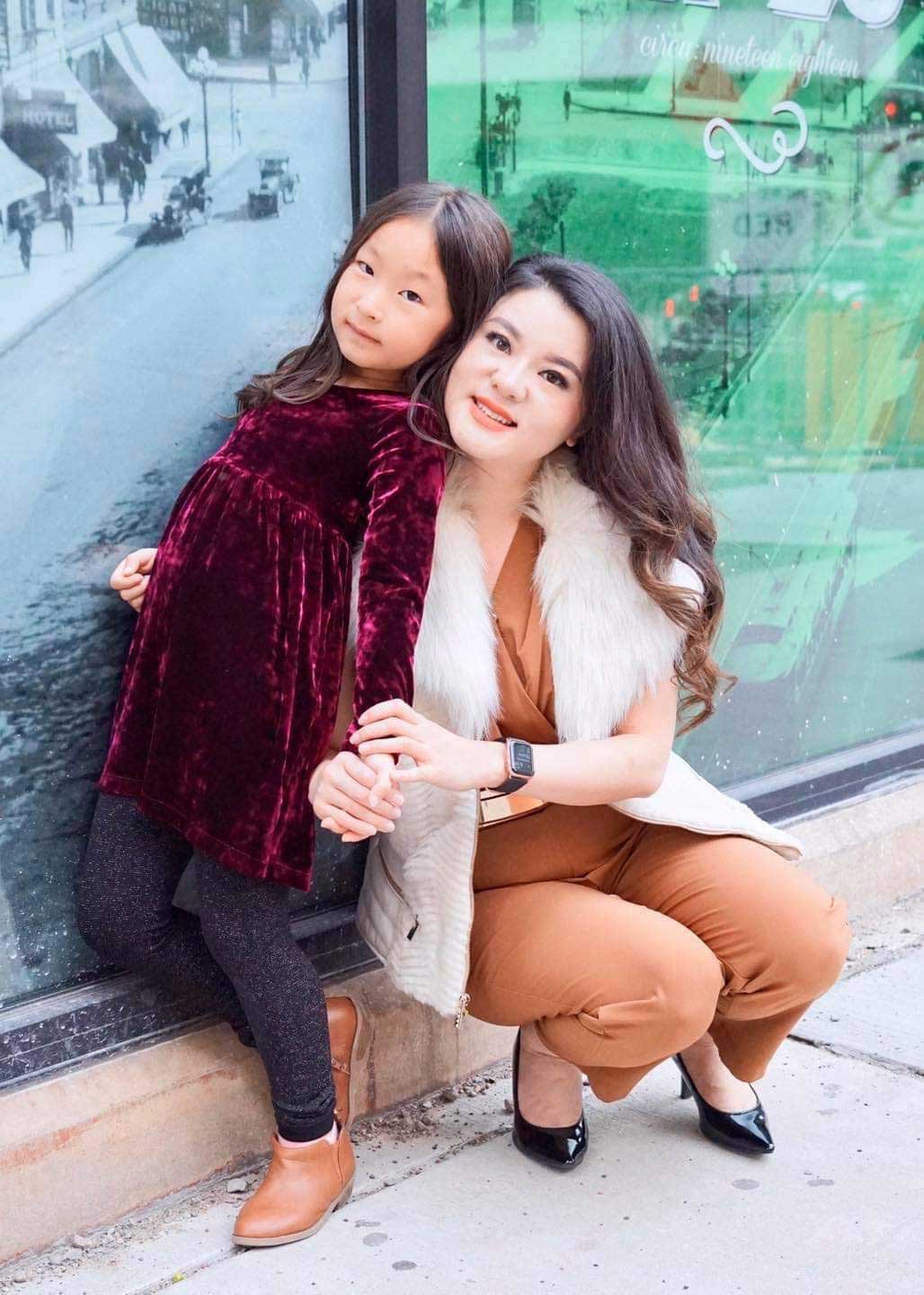 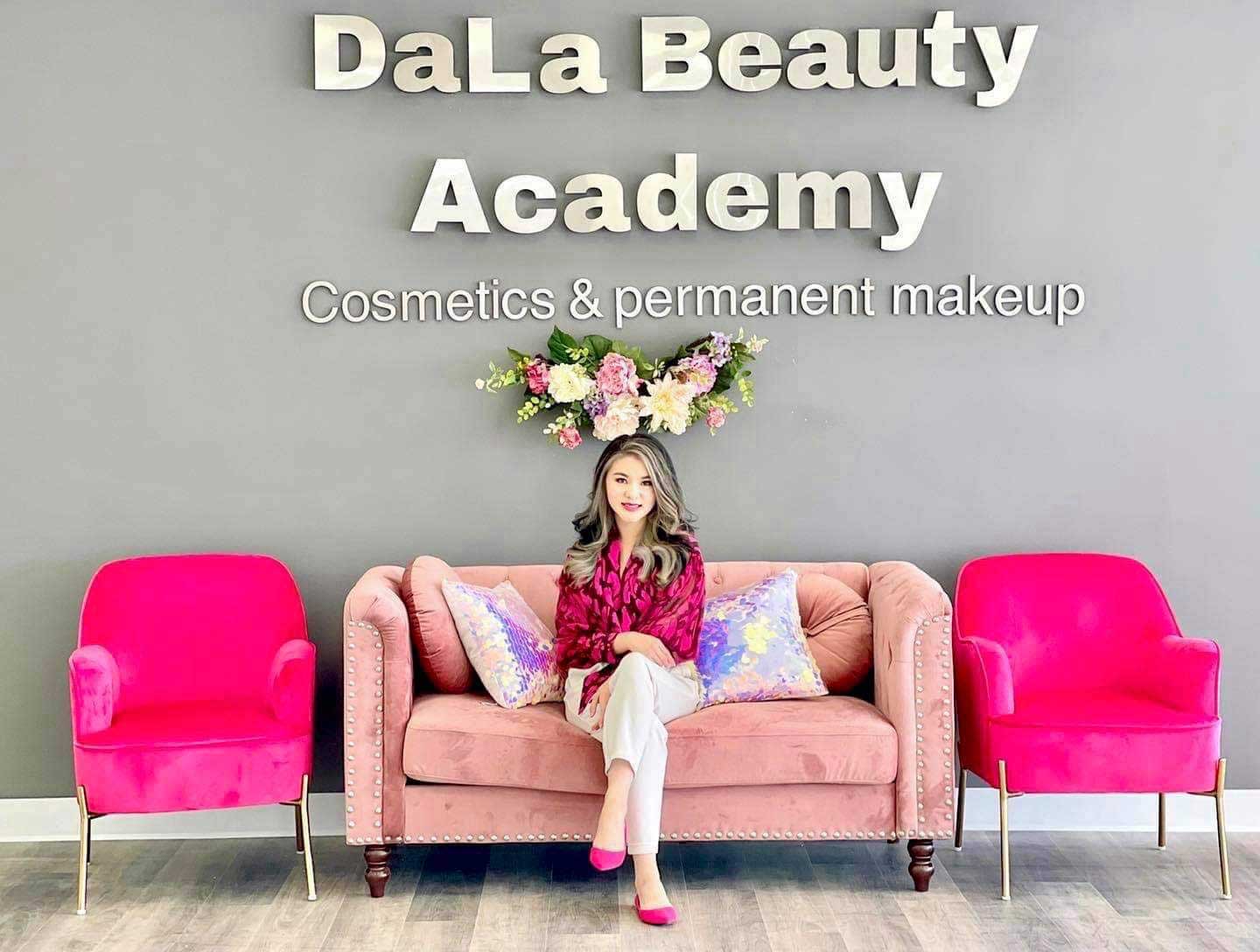