Justin Thao is the twenty-year old California man who inspired the #Justice4Justin movement. It recently gained social media attention throughout the Hmong community, gaining over 3,000 likes in about one week. The movement not only seeks to find out the truth behind Justin’s death while being housed for one night in an Oklahoma transfer facility, but it also strives for prison reform in hopes of decreasing the high rate of deaths and inhumane treatment of inmates in jails and prisons.

Justin, described by his older brother Jon Thao, was “truly one of a kind.” He was loved and admired not only by children (and everyone else) in his family, but also by animals. “Children and animals gravitate towards people they sense have good hearts and believe can be trusted,” said Jon. Justin had a special place in his heart for animals, especially dogs. For years, he often assisted in the training of police dogs with different departments throughout the state of California. Another relative of Justin’s said that he expressed interest in becoming a cop one day. Jon went on to share how Justin’s “strength, passion, and his all-around aura” was what he loved most about his little brother – it’s what made Justin such a dynamic and intriguing human being. These characteristics are what pushed Justin to become the district champion in his division when he wrestled; it’s what pushed Justin to learn Muay Thai and compete in his first match for a New Year’s tournament just months after he began; it’s what pushed Justin to always focus on being a better person the next day.

While navigating through the ever-challenging transition to adulthood, Justin made a bad decision that landed him in trouble with the law. Justin demonstrated accountability for his mistake in the early months of 2017 by paying his debt to society in a New Mexico prison for a marijuana-related crime. Near the end of Justin’s sentence, he was sent to an Oklahoma jail, which is a transfer facility for federal inmates, before he would be transferred to California to serve the remaining 10 weeks of his sentence. On November 16, 2017, the first night Justin was supposed to spend in the transfer facility, he was found unconscious on the floor in his jail cell. His family was told he tried to kill himself with a towel while in the jail’s solitary confinement. Justin never made it home. Justin shared the goals and dreams he planned for himself after his release with those closest to him, but he never got a chance to chase them.

In 2015, four Oklahoma jail inmates died while in custody. Fifteen inmates died the following year (a 275% increase) and twelve died in 2017. In America, the criminal justice system is comprised of three parts: law enforcement, the courts, and corrections.

In Regulation of Prison Conditions by Dirk van Zal Smit, it’s written that “prisons are supposed to protect society, immediately by keeping their inmates out of the wider society, and ideally, by returning them to society as citizens who will lead crime-free lives.” During “the process of imprisonment, prison authorities exercise direct and enormous power over those who are imprisoned.” Smit added that the power prison authorities have “shapes the conditions” and determines the quality of inmates’ lives; it is also what makes the difference between “life or death” for inmates. Mistreatment, neglect, and death at the hands of prison authorities are not apart of a person’s sentence but it happens more often than we think. Smit wrote that prisons are supposed to be regulated in order to make sure that prison conditions are up to a certain standard. Inmates should be able to live with their dignity and humanity intact.

Officer Kennedy, a correctional officer who works for San Quentin State Prison located north of San Francisco, CA, gave his point of view on prisons in the United States. “The purpose of prison is for inmates to serve their sentence set forth by the court system and to be able to be rehabilitated into functioning and law-abiding citizens,” he said. When asked to give a description of what it means to be a correctional officer in America, Officer Kennedy replied, “My job is to make sure every inmate has an opportunity to be safe and do their time in a protected and humane environment. I’m also responsible for making sure proper procedures are followed so that everyone in the facility – inmates and employees – can complete whatever they’re in there to do.” Additionally, Justin’s brother Jon shared his views. “There are laws in this country to keep order. The purpose of prison is to teach those who have broken the law that there are consequences while also helping them learn from their mistakes.” Jon went on to say that prison helped Justin learn from his mistake. It was evident because Jon was able to see his brother grow, both spiritually and mentally, in the short time he was in prison.

There has been a lot of speculation from family, friends, and social media users about what exactly happened to Justin. The State of Oklahoma did not perform an autopsy on Justin and they are unwilling to release the investigation report or any information they may have regarding Justin’s death. In other cases involving the death of an inmate, Oklahoma jails use the Oklahoma Open Records Act to justify why they don’t have to release records. The Open Records Act allows law enforcement agencies to release or withhold most records at their own discretion. Justin’s family continues to go through great lengths to find out the truth so they can have closure, despite the obstacles in their way. They “paid a private forensic pathologist to do an autopsy, and the findings remain unclear and suspicious,” according to the Justice4Justin Facebook page. On the GoFundMe page set up to assist with finding out the truth behind Justin’s death and to combat the mistreatment of inmates in America’s jails and prisons, visitors are informed that the cause of Justin’s death was due to severe brain damage. How and why it happened to a healthy, eager-to-get-home young adult is what Justin’s family and everyone following the #Justice4Justin movement wants to know.

Jon’s last words about the Justice4Justin movement are as follows:

“The Justice4Justin movement is simply being the voice for those who no longer have a voice while bringing justice to those families who have to live life like mine. We are faced daily with wondering what happened and what could have been prevented. When I spent the last three days of my brother’s life in the ICU watching his brain stem deteriorate in front of me, I knew there had to be something done. The tears that came from his eyes even though he could not talk or move, the strength he showed by taking his last breaths on his own without his tubes in – that’s the reason this movement is here. Anyone who knows Justin knows he had too much to live for. The stories from the jail, the Marshals, and the hospitals are inconsistent with one another. He will not be another statistic. Justin will not be just another person who died in prison.”

More information, including updates on the #Justice4Justin movement can be found on Facebook at: https://www.facebook.com/justice4justinthao/. 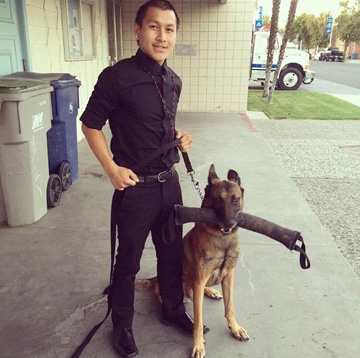 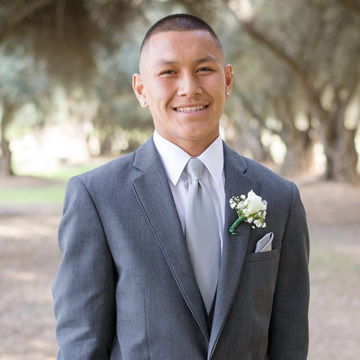