People of Hmong descent living all over the world may not have a flag, national anthem, or territory to call their own, but they do have unique stories – these narratives, passed down from generation to generation, form the warp and weft of Hmong life in the diaspora.

Nancy Yang, digital producer at Minnesota Public Radio (MPR) since 2014, and national board representative of the Minnesota chapter of the Asian American Journalists Association, has spent her career telling these very stories.

Through the past 14 years, she has emerged as an artful storyteller not only for the Hmong community, but also for the increasingly non-white, young population of Minnesota. As part of a small band of Hmong American journalists across the country, in addition to being a Chips Quinn scholar, she is a vocal advocate for fellow professionals of color, and a force of change in mainstream media.

Although Yang knew early on that she enjoyed writing, it was one fateful career day in seventh grade that coaxed her into the world of journalism. Channel 9’s Robyn Robinson was a guest speaker, and Yang remembers, a middle schooler in the audience that afternoon, being enthralled by what she heard.

“Listening to her [Robinson] talk about her experience in media was really exciting, and I thought it was amazing that I could make a career out of telling stories. That was the day that I decided I wanted to be a journalist.”

And she hasn’t looked back since.

Yang went on to pursue a Bachelor’s degree in journalism at the University of Minnesota after graduating from her predominantly white, suburban high school. Fresh out of the Hubbard School of Journalism and Mass Communication – where the likes of The New York Times’ David Carr and NPR’s first African-American female host, Michelle Norris, once matriculated – she landed a job at the Pioneer Press.

But while her own determination stayed singular, Yang’s parents were not always convinced that journalism presented the best path for their daughter.

“Like many Asian families, my parents wanted me to get a job that was stable, and paid well… and journalism is neither,” she concedes, “They wanted me to get into a traditional field – like medicine or engineering – because back in their village in Laos, they had doctors and engineers then but not journalists. I’m still not sure that my parents fully understand what I do, but they see that I’ve been at it for a while and doing well, so, they’re supportive now.”

When explaining her occupation to Hmong elders, Yang also refers to paj ntaub (Hmong story cloths) as analogous to the core work of journalism. “Like a story cloth, it’s something that you can go back to– something you can touch, feel, and remember. I say, I’m writing your stories.”

Even though the Twin Cities are the Hmong heartland of the United States, many residents remain unaware of the existence of Hmong, and even fewer know the complex history underpinning the stateside resettlement of Hmong refugees. As a result, Yang’s stories – from FAQs about Hmong people to deep dives into Hmong-centered events – draw Hmong life into the sphere of everyday American life.

“Newsrooms are trying to become more diverse, but I’m still usually the only Hmong person in the room. Through my writing, I’m able to introduce readers to who Hmong people are. Given the huge population of Hmong here, I want to make sure that we [Hmong] are not ignored, and that Hmong readers feel seen,” she asserts.

Although rooted in her identity as a Hmong American woman, Yang is intentional about the stories she takes on. “I don’t want to be known as the “Hmong writer” either,” she contends. A versatile writer, she covers stories relevant to the multicultural and multiracial, millennial Twin Citizen. “It’s important for our survival to branch out and reach different communities. We have to start with diversifying our newsrooms.”

Yang grew certain of the essential role that diversity plays in the contemporary mediascape when she participated in the Chips Quinn Scholars Program for Diversity in Journalism. She was exposed to a cohort of diverse young journalists and found herself, for once, surrounded by people who look like her.

“They understood my problems, because they had been through the same. I didn’t have to explain,” she says, “My work at MPR (where employees of color comprise around 15% of the newsroom) builds from there. I want to make more people feel comfortable reading us, and to reflect the changing demographics of the metro. It’s important that we give journalists of color a chance in order to achieve that.”

Yang acknowledges that journalism – an industry marked by major ruptures in the era of social media and mass layoffs – is volatile and particularly taxing for marginalized individuals, but she can’t imagine herself doing anything else.

“A lot of people don’t realize how difficult it is. You’re exposed to constant criticism, so you need to have thick skin,” she offers, “But I want to see more Hmong in the media. Don’t feel like you have to follow the conventional route; explore the creative arts. As a journalist you have influence and power – your microphone can reach vast distances. It’s worth it just because of that: you write the story.” 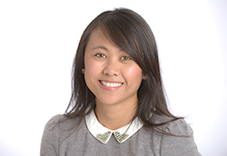 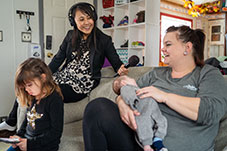