How To Learn And Even Photograph The Night Sky

When you look into a clear night sky away from the lights of a city, how much do you recognize? With a flat surface to look from, minimal equipment and a clear night, you can learn the basics of astronomy and eventually may even take pictures of the night sky.

Since the early 1990s, Travis Novitsky, manager of Grand Portage State Park in the northeastern corner of Minnesota, has captured the night sky through the lens of his camera. On a 2018 spring night when the Milky Way was at its most brilliant, he stood on a dock at a public boat access in the Grand Portage State Forest. A bull moose came to the edge of the water, 20 feet away.

“It made my heart race,” he said. “But the moose never sensed enough of me to get spooked.”

Another memorable moment, this in 2014: Novitsky was at what’s now Lake Vermilion-Soudan Underground Mine State Park in search of the northern lights which “danced” across the sky. From several points on the lake, he heard loons calling back and forth over the remarkably still water. The impact of the sound and light was “ethereal,” he said.

The newly opened park on Lake Vermilion is ideal for northern light gazing from the fishing pier on Armstrong Bay, Travis said. A flat location in clear weather at the right time of the year offers spectacular night sky images, and you don’t need a degree in astronomy to appreciate them.

What you do need is to get away from urban lighting. Novitsky works at Grand Portage State Park which is a stone’s throw from Canada. You, however, only need to travel as far north as Hinckley to see the night sky at its finest. He knows of northern light seekers who drive from Iowa and Illinois to Duluth to see what Lake Superior skies have to offer.

For the best time to go, know what you want to see, Novitsky said. The Milky Way is especially clear from March through September or October. Any meadow or farm field that offers flat, open space works; looking over a lake can be ideal. For the Milky Way, you’d look south to see its core, with the northern lights you’d look, well, north. There’s a misconception that the northern lights can only be seen in the winter months, but that is not true, Novitsky said.

“You can see them any time of the year,” he said, especially near the winter and summer solstice. What you see depends on the presence of solar flares, a phenomenon that ebbs and flows. The solar cycle fluctuates every eight to 10 years, with periods of maximum and minimum viewing. Northern lights were at their peak in about 2012-15, he said. For a heads up on space conditions, he goes to the spaceweather.com website which can predict weather in space two or three days ahead.

Novitsky started sky watching at about age 10. He liked being outside at night, noting the constellations and lightning from thunderstorms. In 2004 he started taking photos of the night sky and worked up to a Nikon D750 camera and Nikon 14-24 mm f/2.8 lens which are ideal for night photography.

Know this, however. The tools used to know the night sky better are as simple as your own eyes, or binoculars or a telescope. “Learn Astronomy in 10 Easy Lessons,” the online Sky At Night magazine states that eyes and binoculars could keep you busy for a lifetime of star gazing. Eyes detect meteors and meteor showers, the northern lights, comets, entire constellations and the Milky Way.

Binoculars bring much more into focus: moon craters, double and multiple stars, globular star clusters, nebulae and galaxies. The writer instructs the novice on how to locate the Plough constellation in the north that is visible year-round, and how Plough is a start point to other areas of interest. You should go to the darkest place you can find without artificial light, dress for the night weather, and bring a chair and binoculars.

Another good source: Sky At Night’s “Star-Hopping Guide: Find Your Way Around the Skies.” The article shows how to find Plough and then Polaris and also recommends bringing a chair along, as well as a flask of tea and biscuits (it is the BBC, after all). The writer promises that the night sky viewer will find “an amazing mixture of space, time, history, science and world cultures. It leads you off on all sorts of paths and you’ll learn things that will amaze others. Not to mention the basic reason – you’ll know what you’re looking at.”

If you eventually advance to photography, Novitsky recommends Lake Superior as a first destination. Also, use a head lamp rather than fumble with a hand held flashlight. Invest in a quality tripod. He often gets great shots in the early evening but the best ones are taken between midnight and 2 a.m. In addition, he always tells a family member where he is shooting at night, as a safety precaution. For more remote locations, someone accompanies him.

With time, you’ll learn your way around the night sky from any point in the world

You can see night sky photography by Travis Novitsky at travisnovitsky.com. 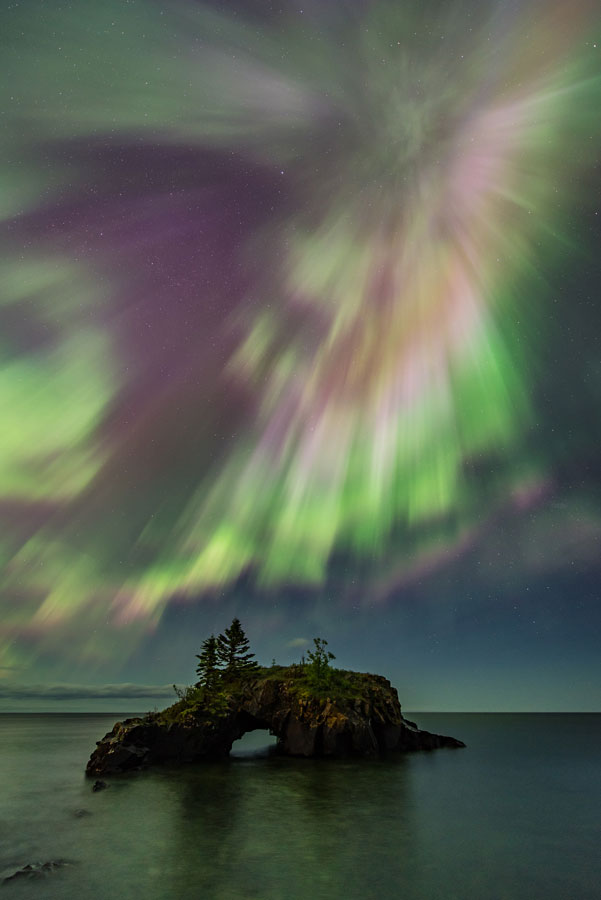 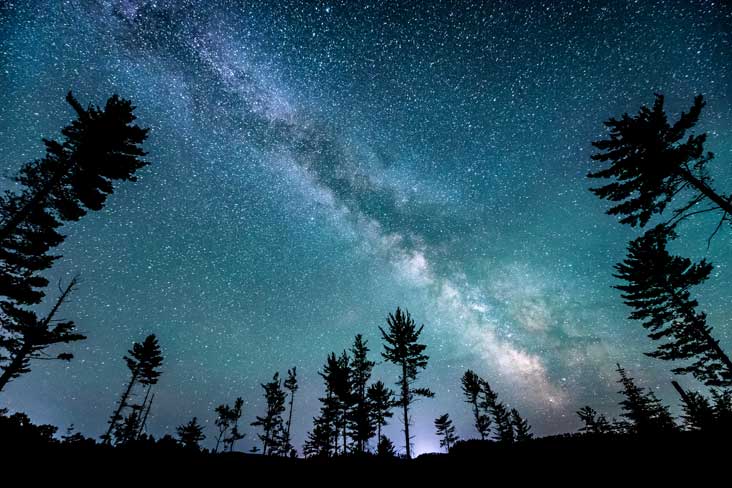