With only a few weeks left until the 40th anniversary of the Hmong International Freedom Festival, I had the opportunity to interview two of the most important figures that are responsible for making this event happen. The President of The United Hmong Family Mee Vang and Kyarii Ly who serves on the Board of Trustees this year for the event and is also the vendor and sponsorship relations.

Lacey Turner:  Can you give me some history and backstory about the festival?

Mee Vang:  My involvement started as a family reunion in the late seventies, and I do remember when I was three or four it was located at Harriet Island. I remember the cliffs. It was just families and a potluck where people brought in food. That was during the time of the first Hmong settlers in St. Paul Minnesota, and it was a reunion for other Hmong that were resettled in Wisconsin, Iowa, and nearby states. They came [to the United States] through sponsors or other programs that brought them as immigrants and so they were all separated by which church or organization was sponsoring them. That was a way to bring them into St. Paul and over the years, the last four decades, it has really grown from family reunions to a full economic booming opportunity where it’s really helped sustain a lot of local businesses in the Twin Cities by bringing in festival goers that come all the way from California and Michigan for this July 4th event which is known as J4 Hmong Olympics. A lot of people come and compete, but more so, people still come here as a pastime and utilize it as a landmark to come to Minnesota during the summer.

LT: Why do you serve on the committee?

MV:  I came in about 2015 as a Board of Trustees. I just wanted to help the organization grow in its documentation and finances and just document what’s happened in history. I didn’t really think I was going to go into a leadership role with the organization. I was just going to spend a couple of years here, but I came in and grew to love the mission and vision and the people we work with, our vendors, athletes, and just the outer community members that are non-Hmong, I really believe it’s just a fabric of Minnesota.

Kyarii Ly:  For me, it started as a job. In 2016, we had a CEO who was looking for a secretary, someone to help keep their documents organized and just miscellaneous things. I got really involved with it and thought it was fun, and it’s such a big event. I reflected and saw that I was a part of something great that I can do. Being one of the youngest ones working with the United Hmong Family at the time, I did see that they needed our help to bridge the gap and let the new individuals come in with new ideas and things like that, so I decided to join the committee for the next event. I just grew really attached to making connections with the vendors. I decided to become a Board of Trustees to make the bigger decisions, so I was up and moving and rolling.

LT:  How did the pandemic impact the festival?

MV:  When the Governor put a stay-at-home order out and we closed the event; it impacted us financially, but more so, it impacted the families that come back as vendors. The organization had to make a decision about leading the efforts of public safety and we received a lot of calls from vendors being unhappy because some had lost jobs, and because of childcare, some were laid off and so they were depending on these two events {the Hmong International Freedom Festival and the Hmong New Year Festival] as an income, and they couldn’t come back and we couldn’t provide that platform for them so it really hit us hard.

LT:  What competitions will you have going on this year?

KL:  We have a lot of sports. We have volleyball, men’s and women’s flag football, we have topspin as well as soccer for men and women. So, lots of different things are going on as well as our newest sport that we have called cornhole, which is an up-and-coming sport and a lot of teams have signed up already so we’re hoping everybody will join us this year in welcoming back everyone after having a two-year break.

LT:  What kind of vendors will be at the festival?

KL:  A couple of individuals reached out to us, and they said have you guys ever thought of having an artist alley? It’s something that we never thought of, so we decided to open an artist alley this year and just kind of test out the water. So, we have that and then we have our returning vendors which are churches, businesses, elected officials that want to come out and meet their candidates or the voters and what not and we have merchandise people who are going to be selling hats, clothes, and nice jewelry. We have our sponsors and a lot of food vendors.

LT:  What would you say separates this festival from others?

MV:  The biggest separation is just the reunion, the ability to reunite with the Hmong community and not just in our state, it’s nationwide because we have so many people come in from out of state to this event. That’s what really separates it because it’s been here for so long. People really look at it as the biggest Hmong event and we also learn from other similar events that are non-Hmong. This is one of the larger cultural events in the Midwest. We are so excited to be able to receive that honor and what really makes it a little bit different is just the amount of athleticism of the teams that come out and play to win prize money and win trophies, so everybody looks forward to this. Teams are practicing all the way in California this year to get ready for the event. We heard there were teams that wanted to come out from New York City, North Carolina, Arkansas, Oklahoma, and Colorado. It really attracts teams from all over who want to play those sports.

LT:  Since the mask mandate has been lifted, are you doing anything as far as safety precautions to keep people safe?

MV:  Yes, with the mask mandate lifted, we are still asking people to wear their masks at the event just to continue to be safe, but we have also looked at opportunities to just encourage more handwashing as well. We have those stations with the toilets for handwashing, so we really encourage people to use that more often.

LT:  What inspires you to keep doing this festival?

MV:  That’s a very good question. I think I really care about it because I grew up in Minnesota. I grew up right here in St. Paul. I grew up with this event. I’m an avid goer. I think even when I was a child, I would probably miss a year or two, but never three years in a row because it’s just so ingrained in me. I don’t speak Hmong as well because I grew up here in the U.S. and this is where I get to learn about my language, the culture, and heritage and so it’s something that I really want to maintain for future generations to come.

KL:  What inspires me to keep going and being on the board, even though sometimes I want to throw in the towel, is that it’s just being with my people growing up. I did not have enough time to be with people who are similar to me. I was always the odd one out and so to have these two events and have this organization that’s specifically Hmong originated is really great for me. You see all these individuals who are great actors, doctors, and things like that, but you don’t see a lot of Hmong people like that, but when you get to know your community and have these events, you get to network and things like that. You get to see that we have Hmong people that are elected officials that are doctors and people that are in a high position and it’s very inspiring for me. I want to be able to push that down to my cousins growing up so they know that they have a future and there’s an opportunity and you need to take it.

LT:  My last question, for anybody who’s never been or that’s just now hearing about the event, why should they come out to this festival?

MV:  There are two main reasons in my mind.  The first is that they get to enjoy the food. We’re hoping that it will expand even more. You will have your traditional Hmong sausages and food on the grill that’s greatly priced, and you get to meet all our vendors coming from all over. I mean most of our vendors are not from Minnesota and so that’s something that people don’t know. The second reason is people will get to enjoy other things if you’re not into the sports, we also have music and dance going on all day long at our main stage. We have Hmong and non-Hmong people coming out just to enjoy the event. It really is a great time to just be out there and meet people and I think we’ve been just so isolated in the last two years that people want to come out and see each other again and every year we have thousands of people come to this event. It’s a great way to just get out again.

KL:  Yeah, I agree with Mee. The main thing is people should come out and meet the vendors, especially taste the food. You don’t have to drive; you can just take a couple of steps and try something new. As Mee said, it really has expanded and it’s not just Hmong food anymore, it’s all kinds of food.

LT:  So, is there anything else that you want to say before we go?

MV:  We still look at it as a small family event that has 30,000 people coming, that is no longer just Hmong people. It has expanded. You know it’s just so great to have our elders who don’t leave their homes because their children are working all day long. So, it’s good for them to be able to come out and meet other communities and so yeah I really thank you for giving us your time.

The staff at the Hmong Times would like to thank Mee Vang and Kyarii Ly for taking the time to meet with us and share their vision of the 40th Anniversary of the Hmong International Freedom Festival. 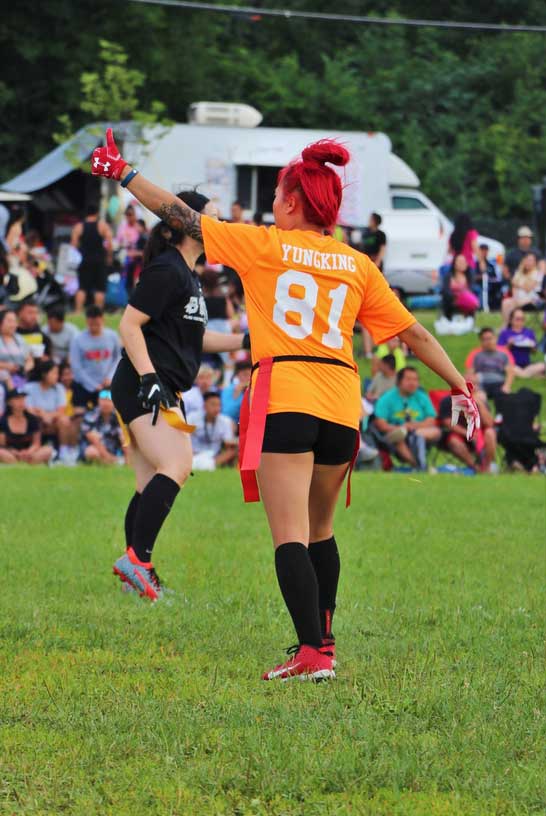 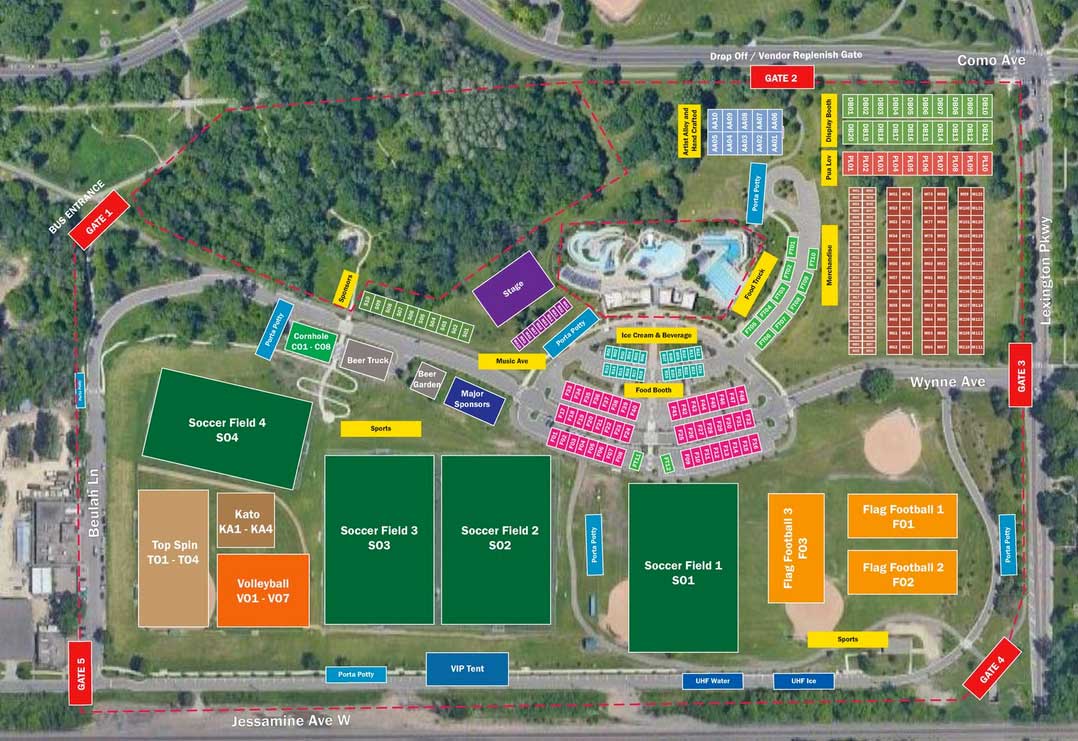