By Andrew Hazzard Courtesy of the Sahan Journal

The Hmong American Farmers Association, a pioneer in diverse agriculture, will soon own 155 acres in Dakota County. A plan to modernize access to Highway 52, the main artery between Rochester and the Twin Cities, could encroach on small family farm plots.

A proposed road project is sowing fear among a Hmong farmers collective, which relies on valuable land in Dakota County to grow produce and help emerging farmers establish roots.

The Hmong American Farmers Association is concerned about Dakota County plans that could result in a new bridge interchange where County Road 66 meets Highway 52. The new road project could encroach on multiple acres of farmland, displacing the growing plots managed by Hmong family farms.

Dakota County is leading a project with the Minnesota Department of Transportation, studying the need for a new interchange. The project is in its early stages, according to Doug Abere with Dakota County transportation.

Traditionally, stop signs have controlled the access from smaller county roads onto Highway 52. These intersections can create dangerous situations, especially for people crossing traffic and turning left onto the roadway. In the past decade, the county has added improvements at the County Road 66 intersection (also known as 200th Street), but safety remains a concern, Abere said.

But the potential project falls in a sensitive area. The Hmong American Farmers Association fears losing valuable acreage, and the land lies near the Vermillion River, a critical spawning habitat for Minnesota’s brown trout population. Any construction that emerges from the study will be subject to public comment and environmental reviews.

On a warm evening in late September, an early informational gathering on the project in Vermillion Township drew a few dozen people. They gathered in the parking lot of a union hall to look over posters and talk to engineers.

Hmong farmers transformed Minnesota’s local food economy when they began arriving in the Twin Cities in the 1970s, injecting local farmers markets with fresh produce and new varieties such as Thai chili peppers. Today, more than 50 percent of farmers selling in metro area farmers markets are Hmong.  But access to land remains a challenge for many family farms.

In 2011 a group of farming families, including siblings Pakou and Janssen Hang, formed the Hmong American Farmers Association to help increase profits through cooperative sales.

In 2013, an anonymous benefactor purchased 155 acres in Vermillion Township through an LLC called Daybreak Farms and leased the land to the Hmong American Farmers Association.

The land lies 23 miles from downtown St. Paul, and about 10 miles south from the massive Pine Bend Refinery. The farm stretches across the east and west sides of Highway 52. Neat rows of crops lie between produce-washing and storage facilities. Pollinator-friendly prairie flowers line the borders.

By the end of 2021, however, the group will own the land outright, according to current executive director Janssen Hang. The organization received $2 million in the state’s 2020 bonding bill to make the purchase.

Janssen Hang says HAFA is confused why the state would invest in the farm, and then, a year later, join a project that puts the land in jeopardy, he said.

With direct ownership of the farm on the horizon, the association’s members have begun planting perennial crops like plum trees that can take more than five years to fully mature. Emerging farmers who lease land often can’t invest in long term crops that need time to produce, Janssen Hang said, so putting down those roots was a big deal.

“We’re kind of right back to where we started here with land access,” Janssen Hang said.

Land access is a common barrier for farmers of color in Minnesota and across the United States. Of the 68,822 farms in Minnesota, the vast majority are operated by white people, according to the 2017 USDA Census of Agriculture. Latinos run 583 farms; Asians run 281; and African Americans run just 48.

Highway 52 is the major connector between the Twin Cities and Rochester, and both areas are experiencing population growth. Long term, the Minnesota Department of Transportation hopes to transform Highway 52 from a standard state highway to more of a freeway. That change means more ramped exits and fewer stoplights and stop signs for people accessing the roadway, according to area engineer Bryant Ficek.

The Minnesota Department of Transportation is in the midst of a repaving project along Highway 52 between Rosemount and Hampton. The state sent a letter to the farm on September 15 saying the Minnesota Department of Transportation wanted to discuss acquiring about 7,000 square feet of land on the edge of the farm for the repaving project, Pakou Hang said. The Hmong American Farmers Association plans to meet with state transportation officials on October 7 to discuss that issue, she said.

The proposed interchange project on County Road 66 falls in that area, though Dakota County has taken the lead on the planning, and the project has a much greater potential to impact the farm.

The new interchange could take the form of a clover or diamond according to posters at the open house, but those design details would come further along in the process.

Because HAFA holds acreage to the east and west of the Highway 52 roadway, both sides of the farm would likely be impacted by construction. Depending on the design, the new ramps could shave 4 to 7 acres off each side, potentially leading to two families losing their farm plots. Janssen Hang is also worried that the interchange expansion could disrupt HAFA’s irrigation system.

Any construction would likely take place in or after 2024, Abere said. And Dakota County says it’s considering two different options for the new interchange: either County Road 66 near the farm or County Road 62 to the north. The site near the farm would likely have a smaller impact and cost less, Abere said. The county, Abere said, will keep in touch with the Hmong American Farmers Association and try to minimize any potential impacts.

Any land the county acquires through the project would be well paid for, Abere said. At the open house meeting in September, he asked if the farm could potentially use any compensation to fund an expansion. The county goes through a negotiated direct purchase-agreement process with landowners, though it can use eminent domain to acquire property if necessary.

But purchasing an additional plot – likely at another site – isn’t an option for the Hmong American Farmers Association, Janssen Hang said. The group is just now on the verge of owning land outright.

The Hmong American Farmers Association uses sustainable practices on its farm, Janssen Hang said, and maintaining a healthy ecosystem is important. The farm maintains a partnership with the Minnesota Department of Natural Recreation for oak savanna restoration near the Vermillion river.

The Department of Natural Resources will be paying close attention to any road project that comes out of the study. The south branch of Vermillion River adjacent to the farm and Highway 52 is a designated trout stream, according to region fisheries manager T.J. DeBates. For starters, any construction work in public waters like the Vermillion River cannot take place during what are known as fish exclusion dates, a time of year when fish spawn. For trout streams in the area, those dates span from September 1 through April 1.

Brown trout are a prized and sought after sport fish in southern Minnesota rivers and streams. The species often represents a good indicator of water health, DeBates said. Because trout need cold, clean water to spawn, DeBates said, the concern is that rain runoff from warm pavement can raise water temperatures too high and kill the young fish.

“It’s a very important stream and we want to protect it,” DeBates said.

The Hmong American Farmers Association wants to protect its land as well. They will continue to talk with Dakota County and advocate for a plan that minimizes impact to the farm, Pakou Hang said. The group feels like the project is an example of the difficulties for people of color in agriculture. Now on the verge of owning their own land, they may need to start defending it. 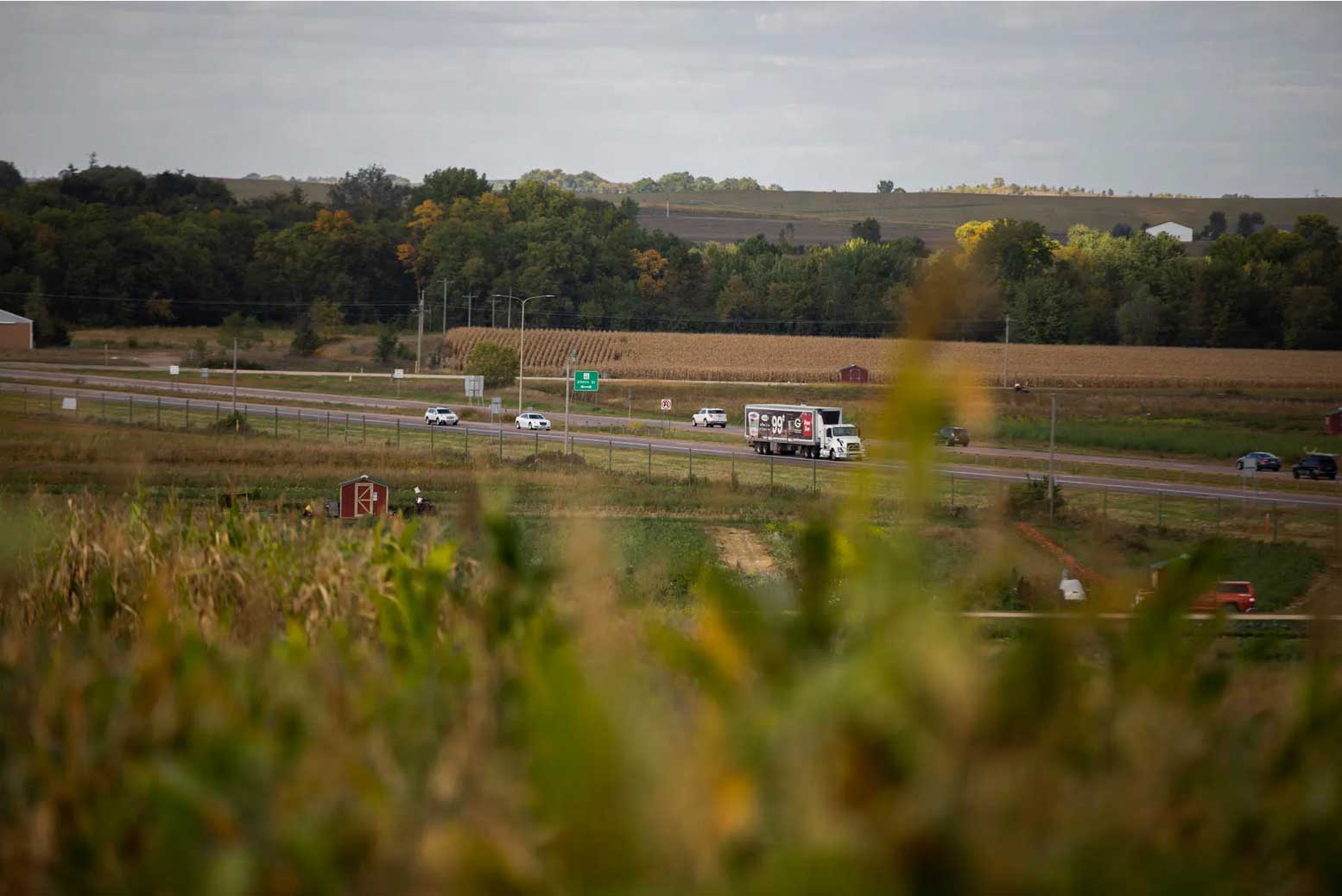 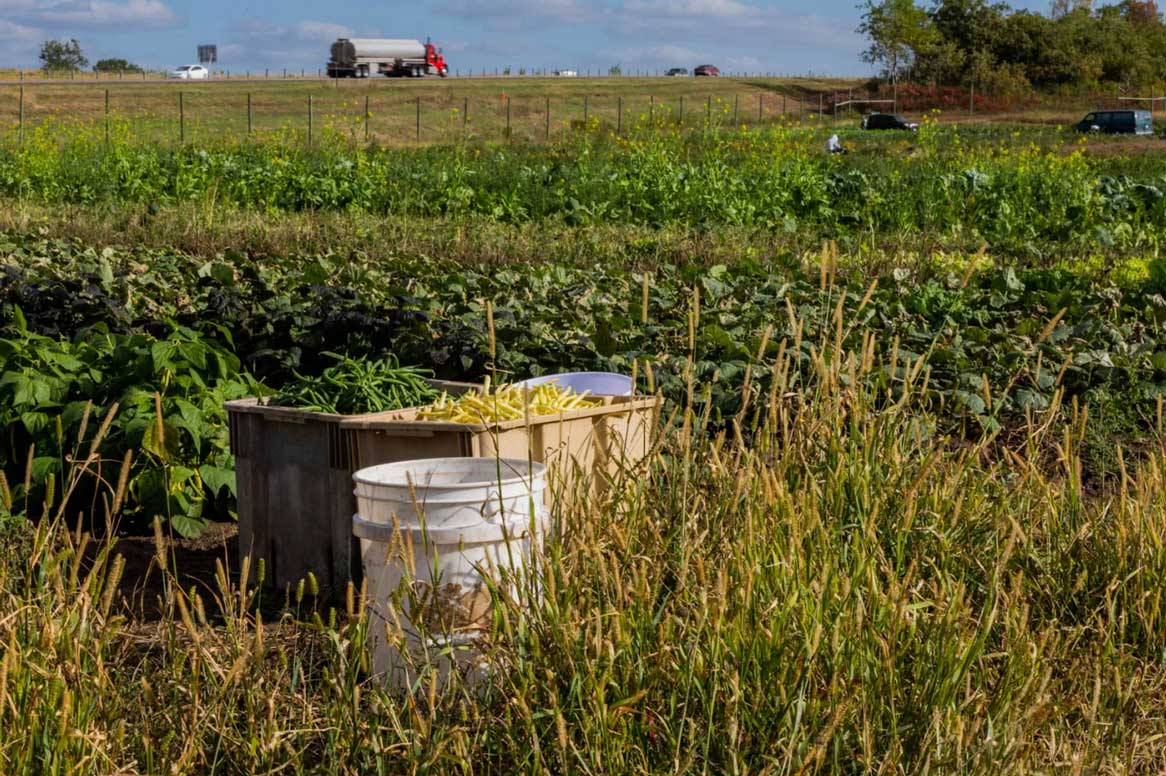