Duarn Vue didn’t know his life would change the day he walked into a Madison, WI, gym. Then 24, he had just moved to Madison from his childhood home of Sheboygan, where he had spent much of his time hitting bags at a local gym. A self-taught boxer, he fell in love with the sport.

”I walked into another gym (in Madison), and everything just started from there,” he said.

It was there he met Murid Muhammad, boxing coach and President/CEO of Supreme Hits Boxing & Promotions. Muhammad saw promise in Vue, took him under his wing and coached him to a World Boxing Federation (WBF) super featherweight championship, making him the first Hmong world titleholder.

A Long Road Behind Him

The 31-year-old Vue was born in war-torn Laos. When he was just months old, his family made the bold decision to escape to Thailand. During the escape, his parents lived in fear their infant son’s cries would give them away. They considered leaving him behind in the jungle. Instead, they stayed together and made it to Thailand, where they lived until Vue was 3. The family then moved to Sheboygan. As an immigrant, Vue says he faced racism at a young age.

“I was picked on a lot when I was younger,” he said.

Through boxing, he found a way to let go of some of the hurt. It also helped him get physically stronger. He contributes his success to his biggest fans – members of the Hmong community. He speaks to Hmong groups, specifically children, about his struggles while growing up. He knows he’s inspired a few to take up the sport.

Sporting the nickname, “The Storm,” Vue become a titleholder in his 10th professional fight. He rained down 1,800 punches, including 200 in the eleventh round, shattering the previous boxing record of 1,246 punches.

The skilled boxer with cat-like moves now comes to Oshkosh to take on Nehomar Cermeno for the WBA championship. About to face a world champion, Vue’s training schedule has been tougher and more focused.

“Duarn puts in three training sessions a day for six to seven hours total,” Muhammad said. “That’s the physical preparation of it. Then there is studying of tape and putting a game plan together. We focus on nothing but our opponent.”

Bigger Plans For The Future

While Vue and Muhammad are focused on the April 28 fight, they admit to having even bigger plans for the future. Vue hopes to meet accomplished four-time world boxing champ Nonito Donaire in the ring. Muhammad says a fight with Donaire, known as the “Filipino Flash”, would be a “mega, mega fight.”

“Duarn will prove himself April 28, but if he wants to prove himself on the world stage, he needs to beat Nonito Donaire,” he said.

If that fight is to happen, it will be within the next five years, as Vue plans to retire by the time he is 37 to join the Supreme Hits executive board.

But, for now, he needs to take his career one step at a time. And the next step is being crowned a WBA featherweight champion in Oshkosh. 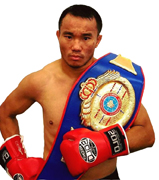 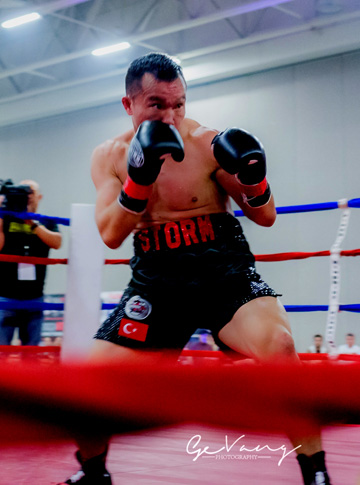