The U.S. State Department recently responded to Congresswoman Betty McCollum’s (DFL-Minn.) February 3rd letter in which she voiced her opposition to the potential deportation of Hmong and Lao individuals with final orders for removal.

In an interview with the Hmong Times, St. Paul City Councilmember Dai Thao, representing Ward 1 in Minnesota, confirms by saying, “The State Department has responded to the congresswoman’s letter… and their response is that they definitely will deport the people.”

In the State of Minnesota, as many as 700 residents are reportedly at risk of deportation.

“During the war,” Thao adds with compassion, “it took 100 Hmong lives to save 1 American life… ‘Hmoob tau muab roj ntsha coj lo pauv txoj kev ywj pheej, es thiaj lis tau tuaj nyob rau lub teb chaws no (Hmong people are ones who gave blood for freedom, and that is how they are able to be in this country).”

Those impacted are members who have already rehabilitated following any prior offense. These are residents with working families, community, and a life here in the U.S. “This policy will bring on more problems for everyone rather than [the contrary],” says Thao.

Thao voices further, saying, “This decision of the Trump Administration is a big mistake for the Republican Party. I think the Republicans need every vote from all parties for Trump to win again, and this policy to send the Hmong and Lao back to Laos is a bad move. There will be no ballots placed for them. From a political perspective, they are putting themselves at risk.”

Hmong Times: What other potential impact do you see?

Dai Thao: From a family standpoint, I think this is something that does not help anyone. It’s going to affect families and communities. It’s going to create more work for Social Workers, for families, and everyone impacted.

HT: What comes next?

DT: Right now, there are still a lot of things we don’t know. For the next couple of months, we will be having meeting forums to educate and teach people about what’s going on.

HT: How can people get involved with these forums?

HT: How long do you think it may be until people are physically removed?

DT: I have no idea about the timeline.

HT: Is there anything individuals and/or families can do to protect themselves?

DT: Right now, the only thing that we can do is to help educate the community so that they understand the situation.

Though alarming to say the least, there is still hope. Congresswoman Betty McCollum posted the following message on February 19.

“The State Department’s official response to my letter makes it crystal clear that the Trump administration intends to deport to Laos all Hmong and Lao community members with final orders for removal. The Lao government’s refusal to enter into an agreement with the Trump administration is the only obstacle preventing massive deportations from our Hmong and Lao communities.

“The Trump administration’s deportation policy, and Republican support for it in Congress, is an attack on Hmong-American and Lao-American families and a betrayal of the courageous and vibrant Hmong and Lao communities that contribute so much to America’s strength and success. It is my intention to introduce legislation next week to prevent President Trump from deporting any former Hmong or Lao refugees back to Laos. I am certain Democrats in Congress will stand proudly with our Hmong and Lao communities to stop President Trump from moving forward with his dangerous deportation policy.”

And perhaps there is hope in working together. 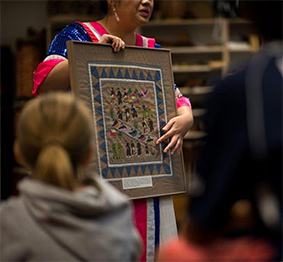 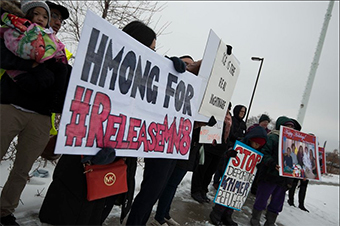